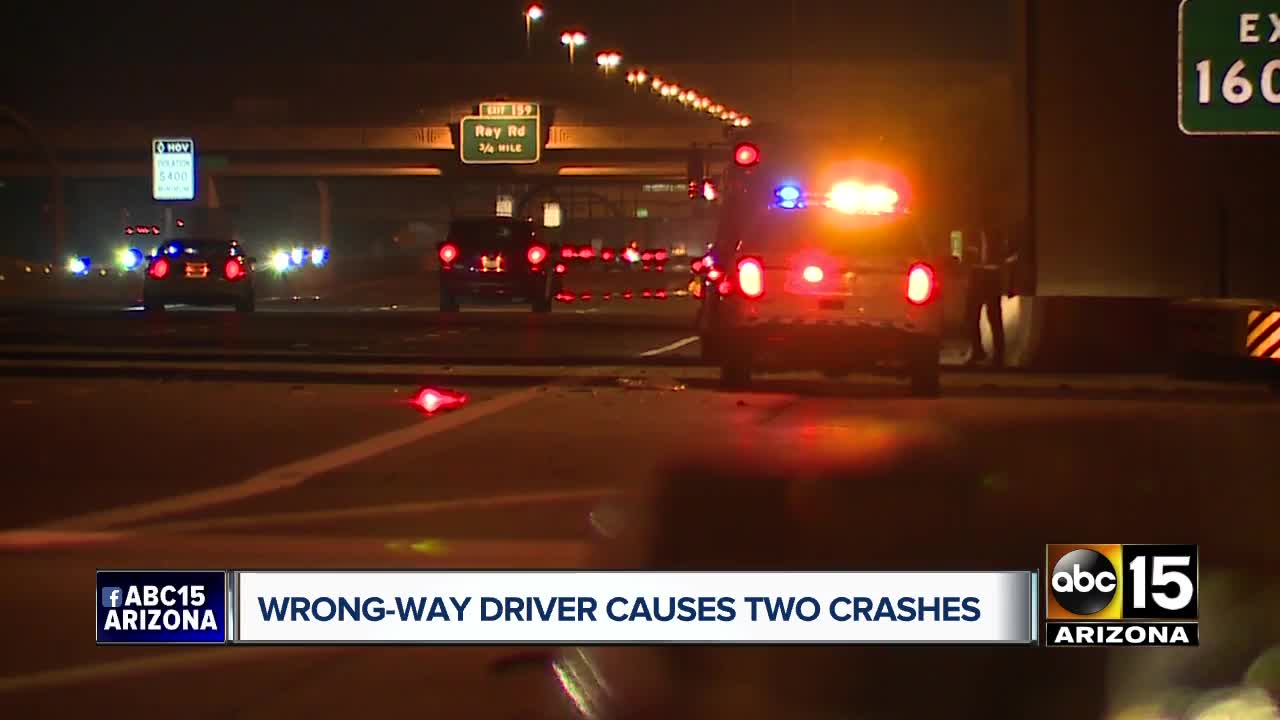 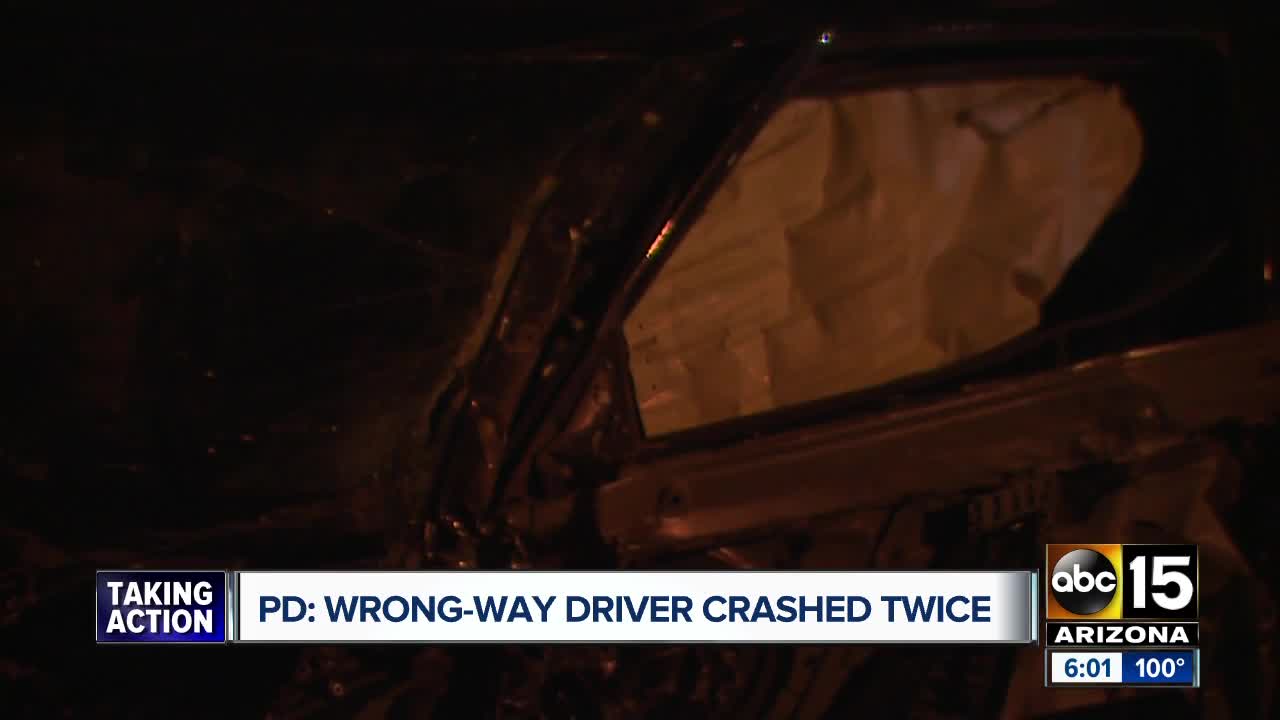 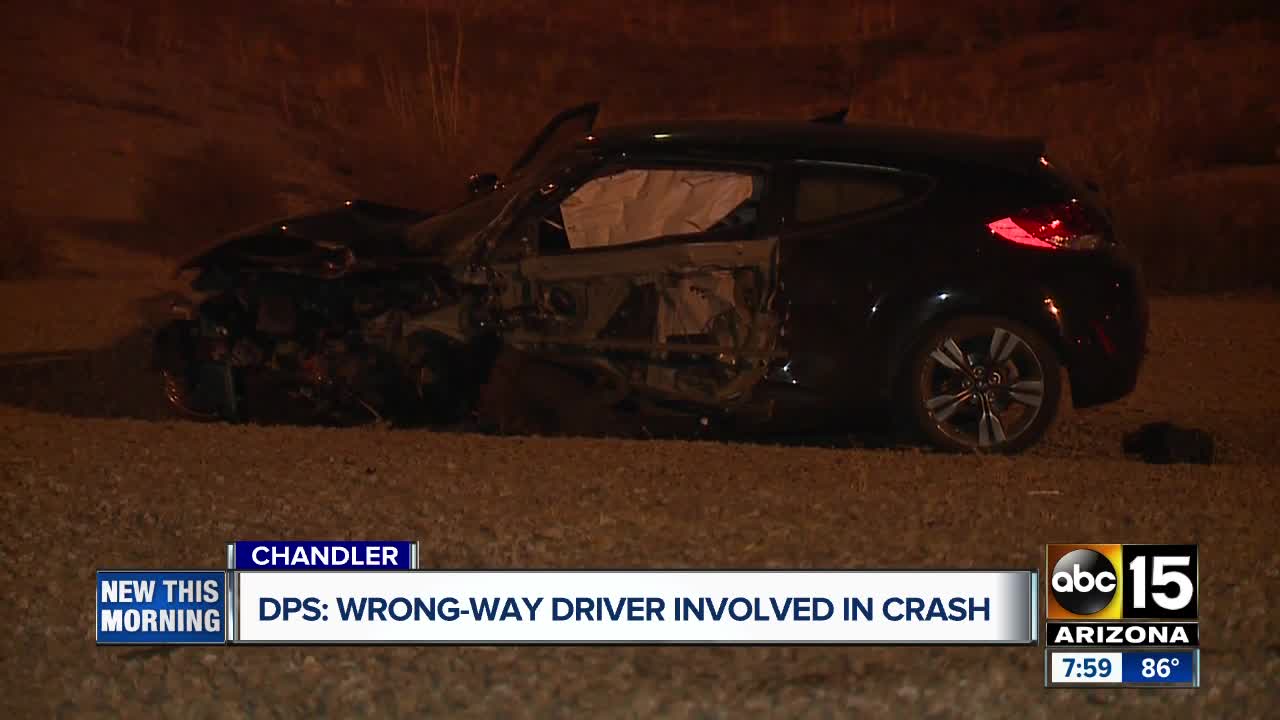 CHANDLER — A wrong-way driver is accused of causing two crashes that closed the I-10 on-ramp at L-202 San Tan Freeway for several hours early Saturday morning, according to the Chandler Police Department and the Department of Public Safety (DPS).

The driver then allegedly caused a second crash, which DPS responded to.

Chandler police say DPS arrested the wrong-way driver for driving under the influence.

According to DPS, at least one person was hurt and transported to the hospital with minor injuries.