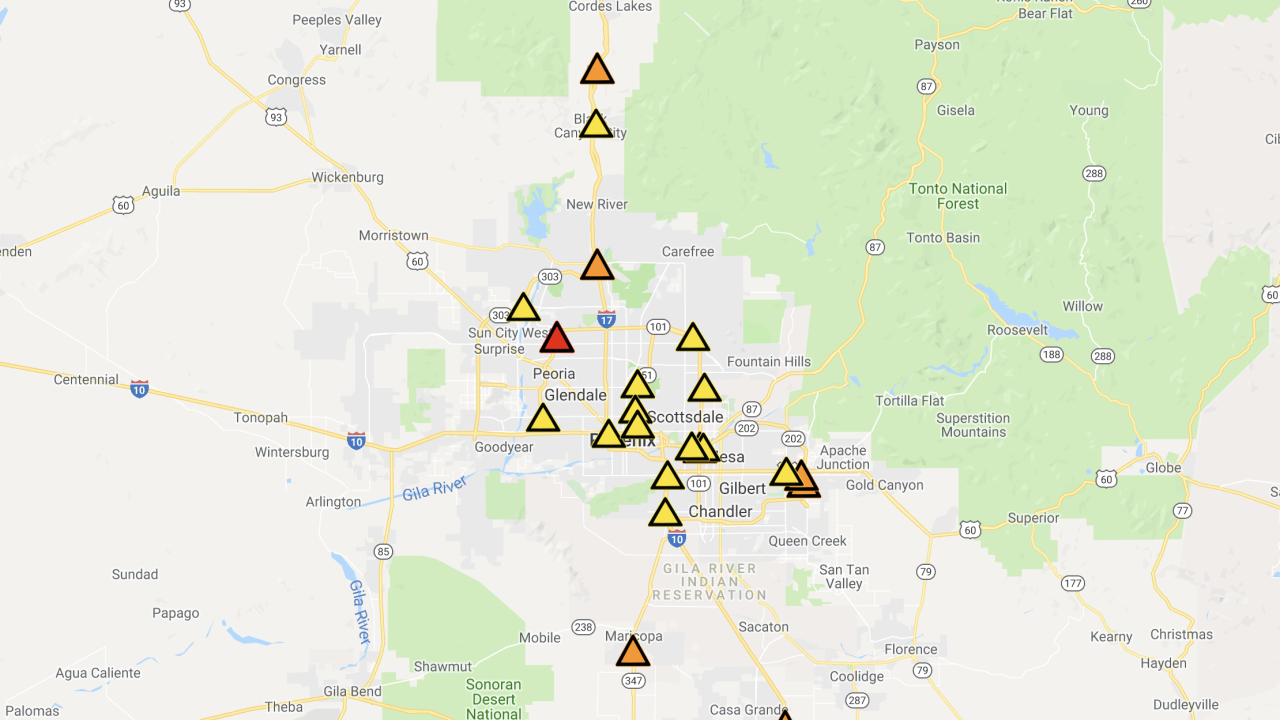 Each point indicated on the map is an approximate location of the place a wrong-way crash has occurred.

PHOENIX — A wrong-way driver was stopped on the frontage road of I-17 at Indian School Road during the Thursday morning commute, according to the Phoenix Police Department.

The driver was stopped by Phoenix police around 5:45 a.m. Thursday.

Police say the suspect, whose identity is unavailable at this time, allegedly refused to listen to commands from police and struggled with officers.

"Officers used less-lethal tools and got the suspect into custody," Sgt. Maggie Cox said in a statement to ABC15.

Police say they suspect the driver was impaired at the time of the traffic stop. Charges against the alleged wrong-way driver have not been finalized, police say.

Today's arrest came just one day after wrong-way driver suspected of impairment was stopped by DPS on near I-10 and Pecos Road.