Changes to Arizona law that forces condo owners to sell 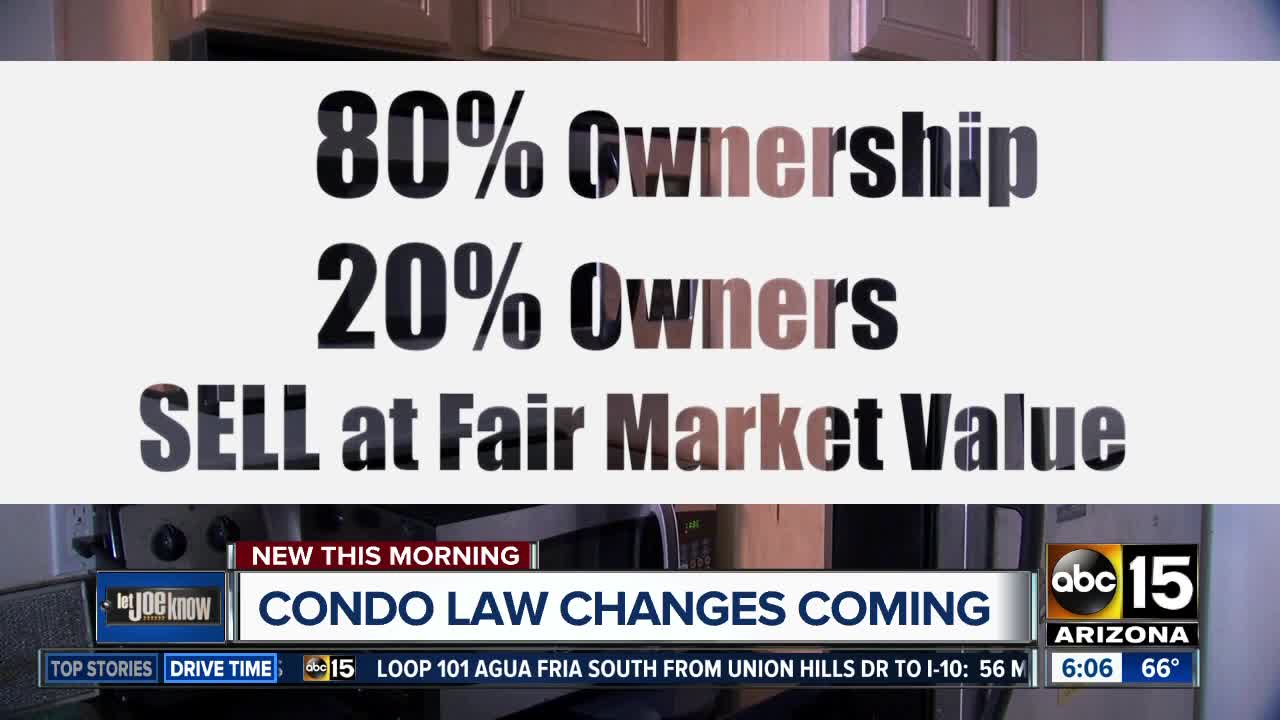 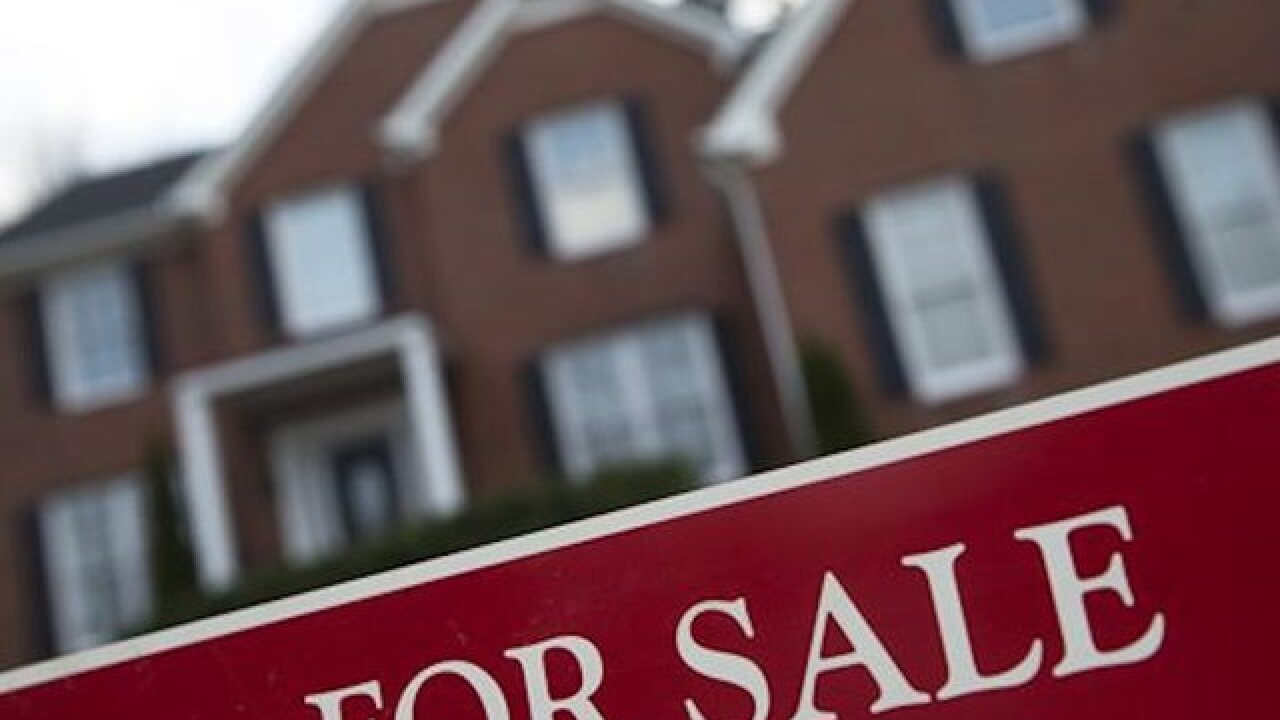 PHOENIX — A law that forces Arizona homeowners to sell their condos to real estate investors is getting an update.

The Arizona Condominium Termination law allows real estate investors to buy 80 percent of the units in a complex, take over the homeowner's association, and force the remaining 20 percent to sell at a fair market value determined by an appraiser paid by the investor-run HOA.

Since 2015, Let Joe Know has spoken with dozens of condo owners around the Valley who were blindsided by the practice.

In 2018, lawmakers added provisions for 5 percent in moving costs to owner-occupied units, owner appraisals, and the right to arbitration if the appraisals differ by more than 5 percent.

But later that year in the first known test of those changes, the takeover of a Chandler condo complex now called Soleil Apartments, stalled when owners and the investor could not agree on an arbiter.

Since then, State Representative Jeff Weninger, R-Chandler, introduced House Bill 2687, which he is hoping will make the process fairer. It is currently awaiting the Governor’s signature.

Weninger says under current law, “Somebody just sent a random letter...wasn't official. And people just started moving out of their condos.”

The updated law would require that investors who claim to have 80 percent ownership actually have to prove it in an open HOA meeting prior to the termination.

Another major change involves transparency about how much was paid for the units and any other financial arrangements investors have made with owners who have agreed to sell to get the investor to 80 percent ownership.

Weninger gives the example of an investor paying $100,000 as the official price for a condo—which would be recorded with the County. Then make additional side payments for appliances or a garage that is not included in the purchase price. The result could lead to the lowering of the market value of the remaining 20 percent of units.

“If they (investors) didn't follow it all right, then they're going to be back to square one,” Weninger says.

No specific agency is tasked with enforcement of the rules, so it is unclear who homeowners could complain to for an immediate response during a takeover. When asked about that concern, Weninger suggested the Arizona Department of Real Estate or the Arizona Attorney General’s Office.

He also attributes the inability to repeal the law altogether to the condo associations already bound by current law. “You can't go in and just rewrite those contracts in totality,” he says. But the lawmaker indicated he is open to legislation that would prevent the law from being used for taking over condominium complexes in a future legislative session.

“I'm going to be looking at next year if we can do something,” he says.