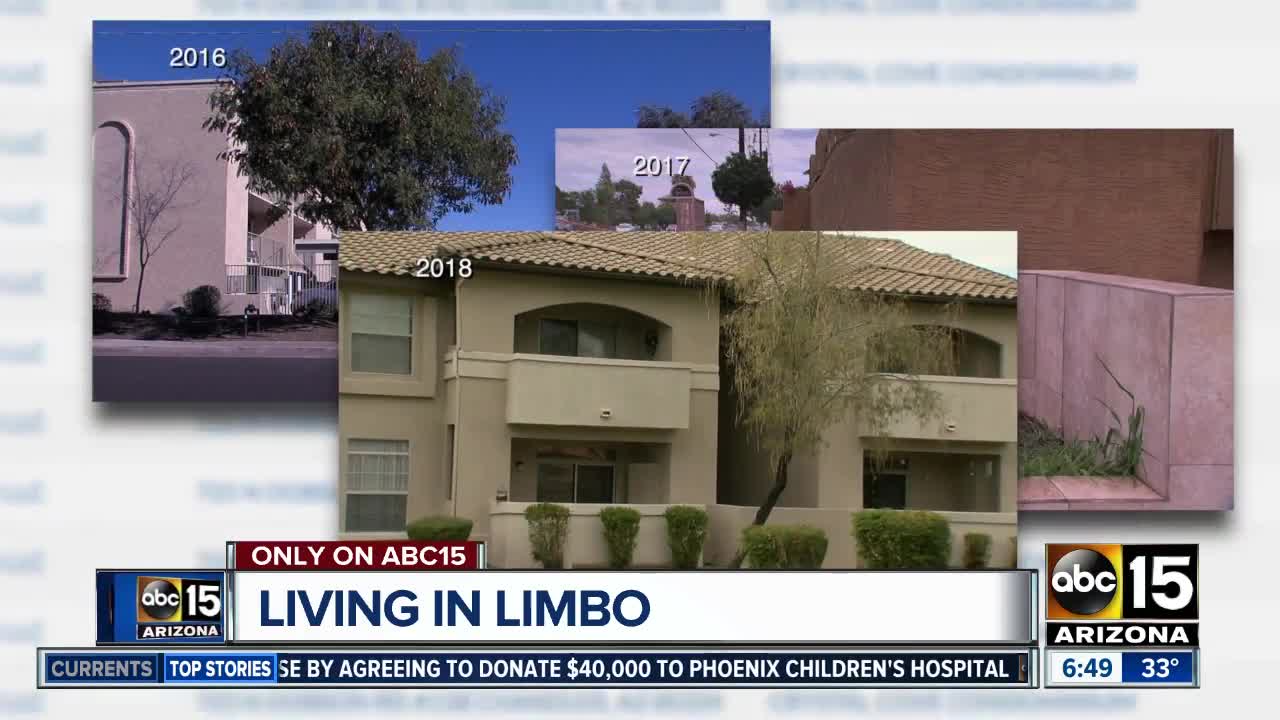 Real estate investors and residents of a Chandler condominium association appear to be in a stalemate in the take over their complex, according to condo owners.

CHANDLER, AZ — Real estate investors and residents of a Chandler condominium association appear to be in a stalemate in the take over their complex, according to condo owners.

JoAnn and Mike Zagarello and their neighbors received a letter in October telling them they needed to be out by December 16.

"I didn't know what to think. I was just stunned," she says.

In 2018, a real estate investment group led by Travis Karl, took control of the Crystal Cove Condominium Association after acquiring 80 percent of the units required by the Arizona Condominium Termination Act (ARS 33-1228).

The group then changed the name to Soleil Chandler Apartments.

The law forces the remaining owners to sell at fair market value. That number used to be determined by an appraiser chosen by the Association and didn't allow for challenges unless more than half the complex agreed.

Challenges rarely happened because the Association owned well over the 50 percent threshold.

But after Let Joe Know exposed the practice, legislators took action in 2018 changing the law to allow all owners the right to challenge the valuation with their own appraisal.

Related Stories: State Law Allows Investors to Take Homes
Is Your Home At Risk For Hostile Take Over By Investors?

The law also says anything more than a 5 percent difference between appraisals is supposed to be settled in arbitration.

And that is where the process has stalled for this couple.

Attorney Rich Elley represents the couple and says he's been attempting to get the investment group on agree to who will conduct the arbitration.

Travis Karl and the investment group declined to comment for this story.

Elley says the legislature took a good first step in providing some protection for homeowners but says it doesn't go far enough.

"Maybe specify the requirements for the arbitration, the time frame for the completion of the arbitration. Who's to choose the arbiters, how it's supposed to be handled?" he says.

For now the Zagarellos and several of their neighbors are living in limbo.

"You can't speak for yourself. He's too big. They're too big. And we're too little," she says.