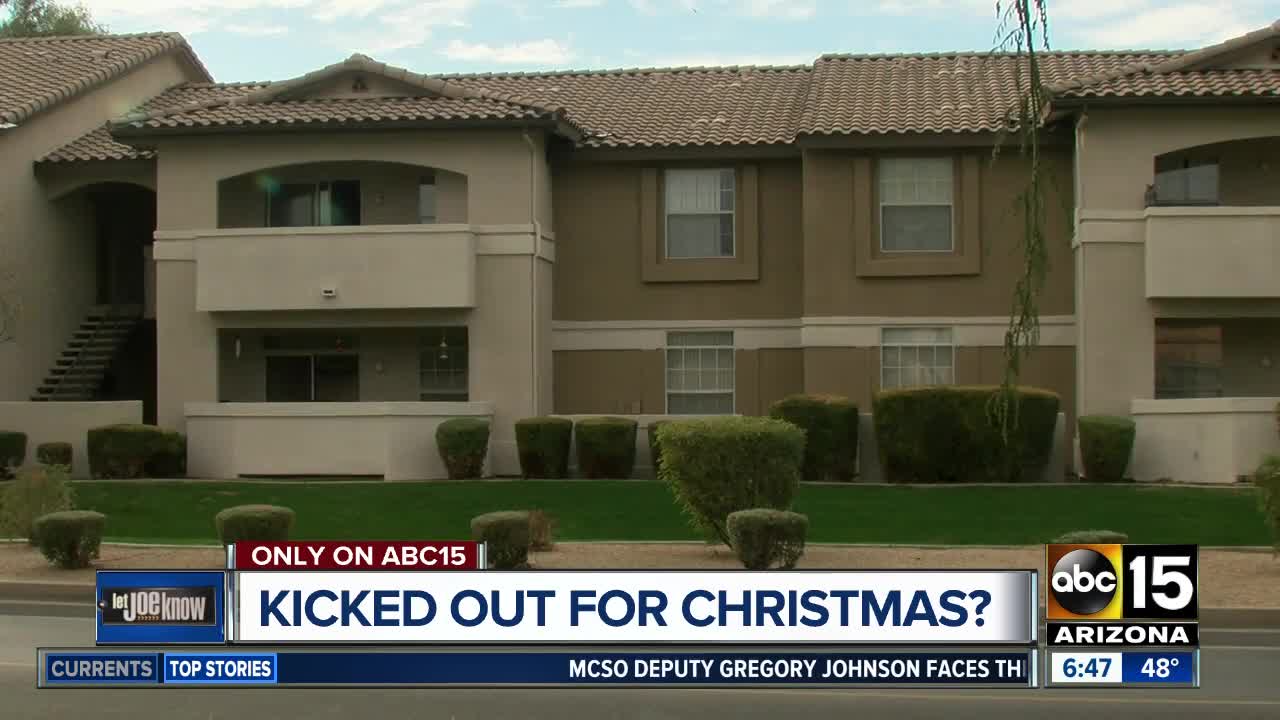 Real estate investors are again using a little known Arizona law to take over a condo complex and force owners into a sale.

CHANDLER, AZ — Real estate investors are again using a little known Arizona law to take over a condo complex and force owners into a sale.

Crystal Cove Condominiums in Chandler is the latest property targeted by an investment group to turn the complex into rental apartments.

Owners like Lois Miller, 84, say they were shocked when they got a letter from the group in October. It said the condominium association was being terminated in sixty days which meant she and dozens of her neighbors needed to be out by December 16.

“It was almost like the end of the world,” she says about receiving the notice.

In 2007 Miller used her life savings to buy her unit outright, and says she spent thousands in upgrades.

She thought she would live the rest of her life in her home, now she’s spending her time fighting to keep it.

In early 2018 owners say an investment group represented by a man named Travis Karl began approaching owners within the complex offering to buy their units. Within months the name of the complex changed from Crystal Cove Condominiums to Soleil at Andersen Springs Apartments.

The remaining owners would eventually find that once the group had enough units they could take over the condo association, force a sale and it would all be protected by law.

The Arizona Condominium Termination Act (ARS 33-1228) says if 80 percent of the owners agree, a condo association can be dissolved and forces the other 20 percent of owners in to a sale at fair market value. That value is supposed to be determined by an independent appraiser chosen and paid for by the Association.

In this case the investment group runs the Association since it makes up nearly all the 80 percent of owners.
We’ve seen this before.

In 2016, and 2017 Karl’s investment groups used the law to disband at least two other Phoenix condo complexes.

Related Stories: State law allows investors to take homes Is your home at risk for a hostile takeover by investors?

After Let Joe Know exposed the practice, in 2018 legislators amended the law to give condo owners rights to their own appraisal, arbitration if the values differed by more than 2 percent, and 5 percent of the sale price in moving costs.

But is it enough?

But she was offered the option to rent it from them at $950 per month.

“It's just hard for me to wrap my arms around the fact that it’s all legal,” she says.

Several owners including Miller have opted to get their own appraisals, and it appears that has slowed down the process.

The investment group’s attorney says partly because of pending arbitration the disbanding of the Association likely will not happen until the after the New Year and that, “we want to do whatever we can to ensure the process is fair and compliant with the law."