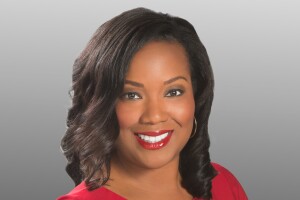 Courtney Holmes is a reporter with ABC15's enterprise and investigative unit.

Her reporting focuses on getting to the heart of complicated stories, improving people's everyday lives and holding the powerful accountable.

She arrived at ABC15 in September 2010 and has held several positions in the newsroom during that time.

In 2013 Courtney was asked to lead and produce the Let Joe Know consumer franchise with ABC15 Investigator Joe Ducey. For six years, the duo brought stories to light of abuses against consumers, unfair business practices, and unjust laws. In a series of stories, they exposed a state law that allowed investors to quietly do a hostile takeover of condominium complexes, forcing owners out of their homes with little notice and no recourse. Because of that reporting lawmakers changed the law to make it more equitable to homeowners.

Prior to her role as producer, Courtney spent three years on the ABC15 assignment desk directing news crews and facilitating coverage for the news of the day.

Before coming to ABC15 she worked at stations in Las Vegas and New Orleans.

Courtney is a native of East St. Louis, IL and is a graduate of Sunrise Mountain High School in Peoria, AZ. She holds a degree in Communications from the University of New Orleans and a Political Science minor.

She and her husband live in Phoenix with their two dogs Simon and Charlotte.