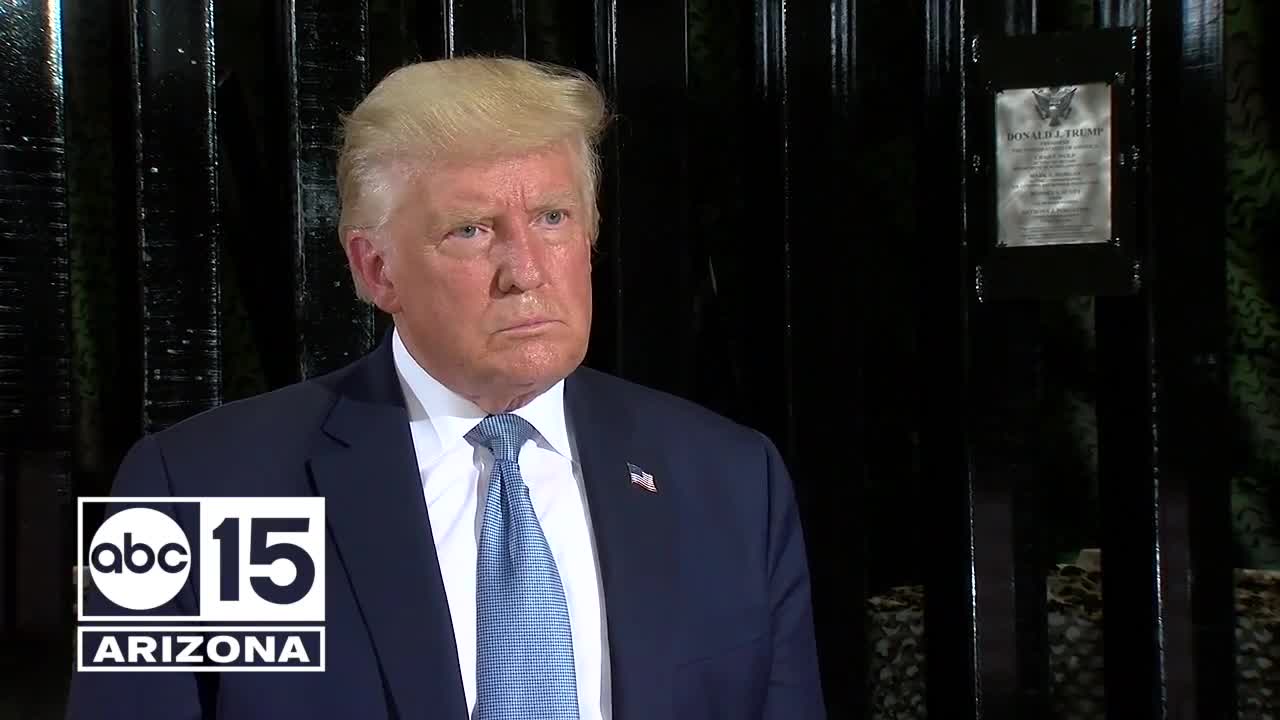 During a campaign stop in Yuma, ABC15's Kaley O'Kelley spoke exclusively with President Trump on a variety of topics. 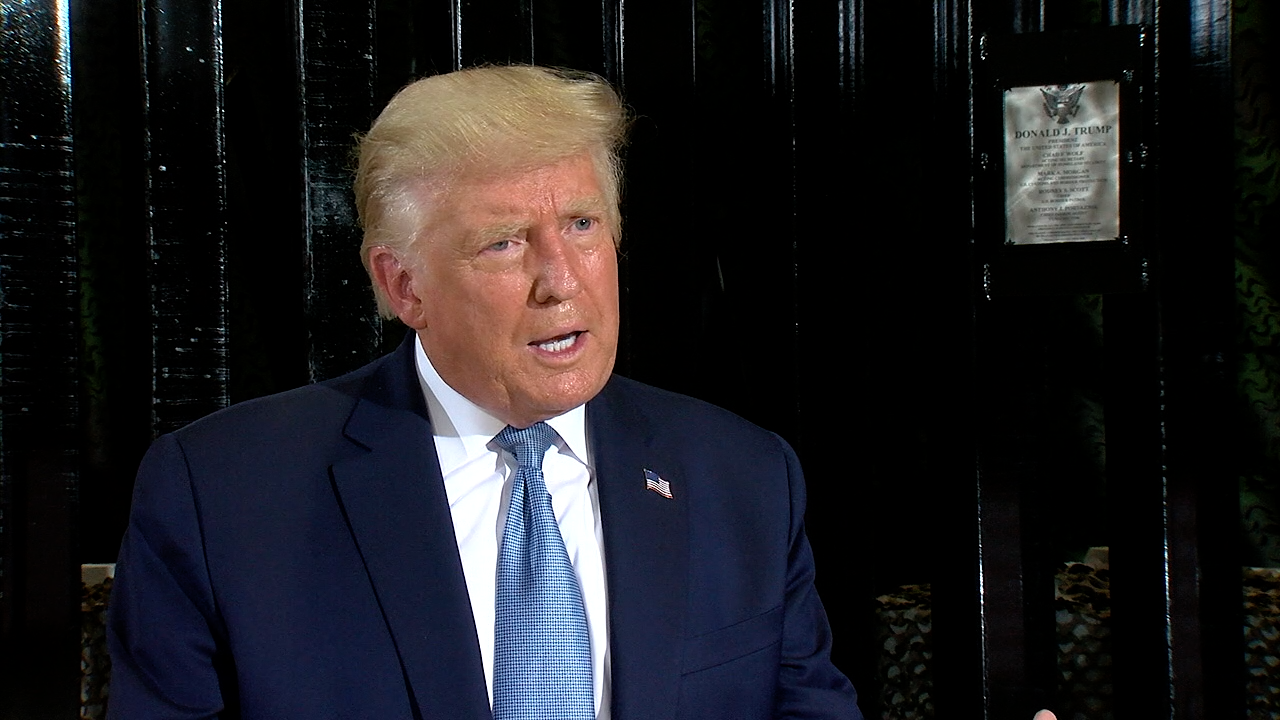 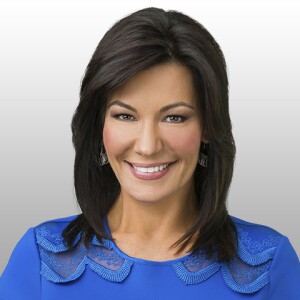 President Donald Trump made a campaign stop in Yuma this week, visiting with border officials and speaking to a crowd of supporters at the Yuma International Airport.

During his campaign visit to Yuma earlier in the week, President Donald Trump spoke with ABC15's Kaley O'Kelley for an exclusive interview.

Watch President Trump's full interview in the player above, and watch for Kaley O'Kelly's special series of reports on ABC15 Mornings beginning Thursday at 5 a.m. As part of ABC15's political coverage in 2020, we have made three promises: to give you a voice, give you the facts, and cut through the noise. Kaley's special reports will include fact-checking of President Trump's key points in our interview, and you can catch them Thursday on ABC15 Mornings, as well as all afternoon on ABC15 News at 4, 5, and 6 p.m.

Ahead of the Tuesday event, President Trump spoke with ABC15 Mornings anchor Kaley O'Kelley in an exclusive one-on-one interview, covering his administration's ongoing response to COVID-19, reopening of schools amid the pandemic, as well as postal and voting concerns as the general election nears.

When asked about the return to schools, the president told us that his administration's tactics in fighting the spread of coronavirus have worked and should pave the way for reopening of campuses for students.

"We did the right thing. We've done it right and we have to open our schools," he said.

"I think that when you look at schools, it’s a very unique situation. Young children, frankly the younger they are, they have a strong immune system and they just don't have the problems," President Trump said. "If you look at numbers, just statistically, it's... you take 1%, and then it's a tiny fraction of 1%. These are the ones that have big problems. It's very, very little."

President Trump told O'Kelley that, despite the fear from recent reports that the number of pediatric coronavirus cases is increasing, "...we have to open our schools."

In the interview, the president was asked if our mail -- whether it be general mail, medicine or ballots -- from the United States Postal Service would be delivered on time after recent news involving the post office.

He continued on to say that absentee ballots "are great" and have been in use for a long time.