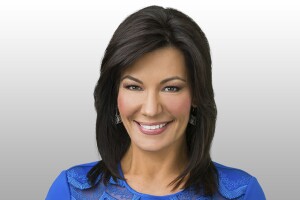 A six-time Emmy-Award winning journalist and a self-professed weather fanatic, Kaley O’Kelley is passionate about storytelling.

She is also fascinated with the challenge of television news relevance, connecting with people and the ever-evolving world of "new media."

O’Kelley graduated from Pepperdine University, but her broadcasting career started while she was in high school. At 17 years old, she was tapped to host a Los Angeles-based television talk show. That experience eventually lead O’Kelley to KYMA in Yuma to co-anchor the morning news and forecast the weather. It’s also where she won an Associated Press award for investigative journalism.

O'Kelley later joined 3TV in Phoenix where she was voted Best News Personality in 2013 and 2014.

In 2015, O'Kelley was offered an opportunity to anchor the evening news at CBS in Dallas/Fort Worth, and while she was in Texas, she was invited to Los Angeles to guest co-host The Talk on CBS.

After three and a half busy years, a few health scares and starting a business in emerging web-streaming technologies, O'Kelley made the move back to Arizona!

In August 2018, Kaley returned to ABC15 Arizona to co-anchor the morning news.

More time with her children and her parents, while working for a company investing in the future, O'Kelley says, "Finding my way back home to Arizona is a dream come true!"

O'Kelley is originally from East Wenatchee, Washington. She is a proud member of the Native American Journalists Association, The American Meteorological Society and the National Weather Association.

On weekends, you’ll find her riding bikes and exploring places with her family.

She also enjoys cooking with her mom on Sundays, going to concerts, and in the fall, rooting for the Arizona Cardinals (hopefully all the way through the postseason!)