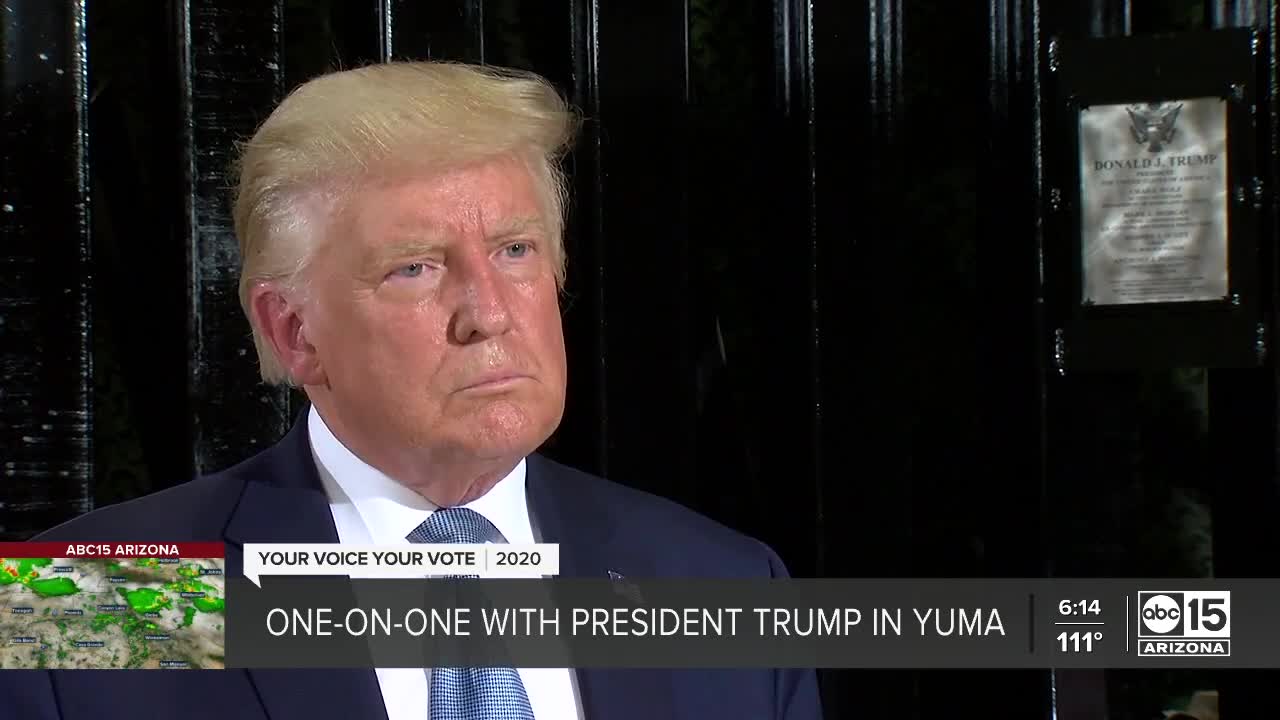 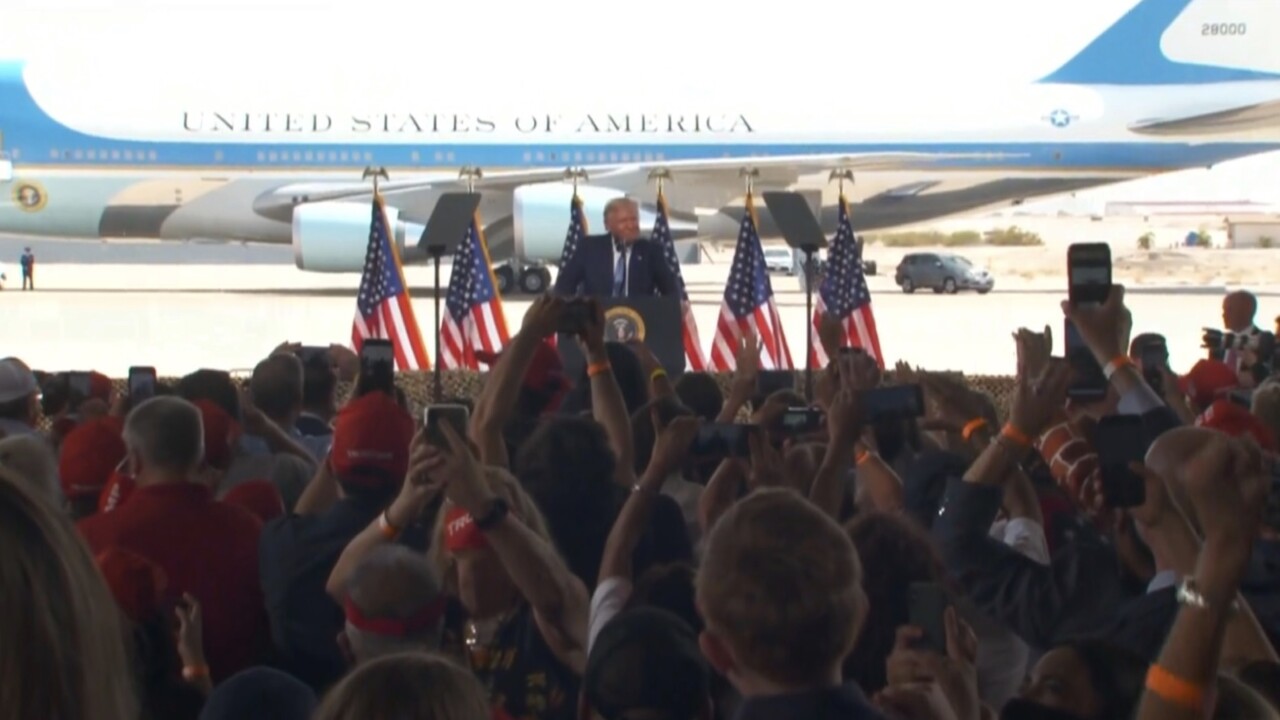 PHOENIX — President Donald Trump is grappling for votes and the spotlight as Democrats hold their national convention.

The president visited Arizona after promising a pardon for suffragist leader Susan B. Anthony in a symbolic nod to female voters.

Trump is pressing his case against his Democratic challenger, Joe Biden, painting him as radically left and out of the political mainstream.

He insists "the survival of our nation is at stake" in November, and says Biden "would unleash a flood of illegal immigration like the world has never seen."

Trump also stopped in Iowa for an update on damage from last week's storm.