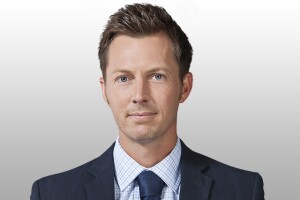 Cameron Polom is an award-winning multimedia journalist who joined ABC15 in July 2017.

Many may already know Cameron as this is a homecoming for the Valley native. Over the last four years, Cameron has worked for ABC Action News in Tampa Florida where he was the 2015 and 2016 Associated Press Multimedia Journalist of the Year. He also won a number of other awards for breaking news and local investigations. Before working in Tampa, Cameron reported for NBC affiliate KSBY News in San Luis Obispo, California, where he earned an Emmy for his breaking news coverage during the Calf Wildfire.

Cameron graduated from Arizona State’s Walter Cronkite School and also studied finance at ASU. Prior to becoming a journalist, Cameron spent six years as a financial advisor for JP Morgan Chase working out of Scottsdale, Tempe and Phoenix

In his free time, you can find Cameron digging for his next story, playing golf, hiking, laughing with friends and finding his way to the ocean.