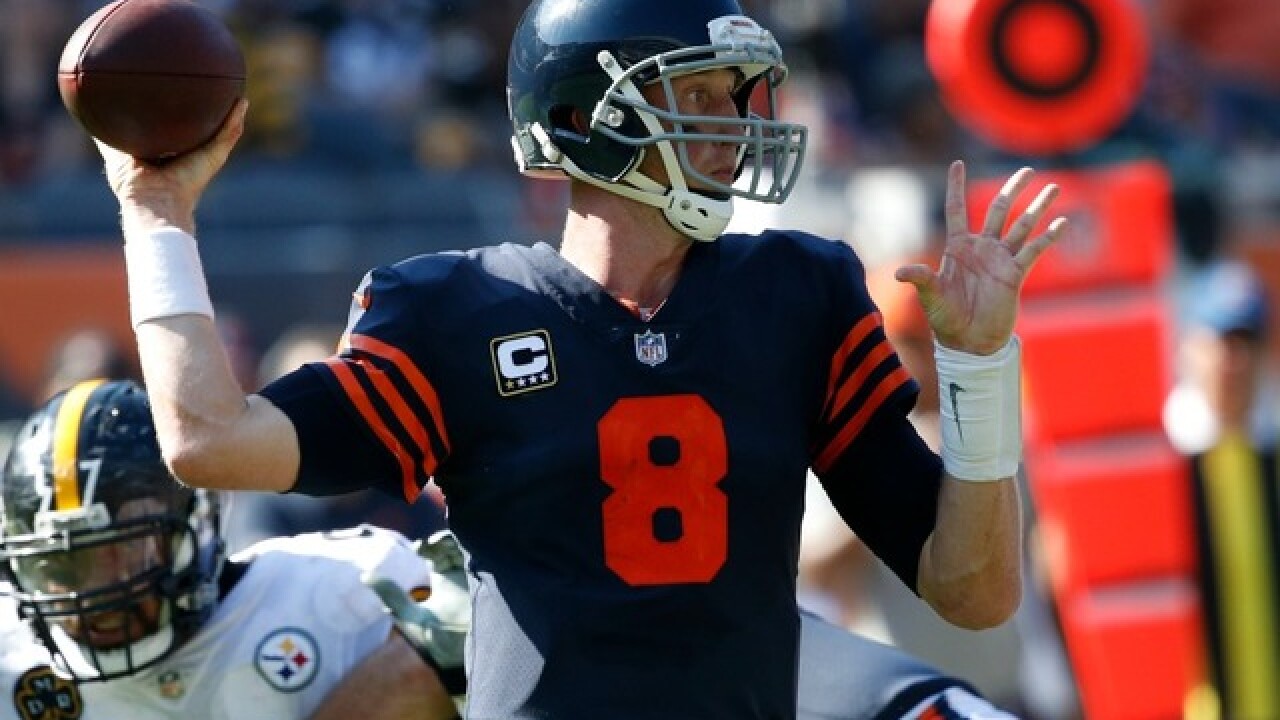 Copyright 2018 Scripps Media, Inc. All rights reserved. This material may not be published, broadcast, rewritten, or redistributed.
Joe Robbins
<p>Quarterback Mike Glennon #8 of the Chicago Bears looks to pass in the fourth quarter against the Pittsburgh Steelers at Soldier Field on September 24, 2017 in Chicago, Illinois. (Getty Images)</p>

On Tuesday morning, the Arizona Cardinals appeared set to enter the free-agency period with zero quarterbacks on their active roster.

As of Tuesday evening, it looks like QB depth will not be a problem for the Cards.

The 28-year-old Glennon was a third-round NFL Draft pick by the Tampa Bay Buccaneers in 2013. He has thrown a career 34 touchdown passes and 20 interceptions in 25 NFL games (22 starts).

The Bears signed Glennon to a 3-year, $45 million contract in May of 2017, but only $19 million is reportedly guaranteed. The Bears are reportedly set to release Glennon when the free-agency period officially begins Wednesday.

Glennon started the Bears' first four games of the 2017 season but was replaced by rookie QB Mitch Trubisky. He threw four touchdowns and five interceptions as a starter in Chicago; the Bears went 1-3 in those games.

Carson Palmer, who had been the Cardinals' starting quarterback since 2013, announced his retirement at the end of last season -- and with backups Drew Stanton and Blaine Gabbert set to become free agents, the Cardinals were looking at the prospect of opening the free-agent signing period with no QBs on their roster.

New Cardinals head coach Steve Wilks has said the team plans to be aggressive in pursuing its quarterback of the future, via free agency, a trade and/or the NFL Draft.

Also on Tuesday, the Cardinals released running back Adrian Peterson, and free-agent wide receiver John Brown will reportedly sign with the Baltimore Ravens.