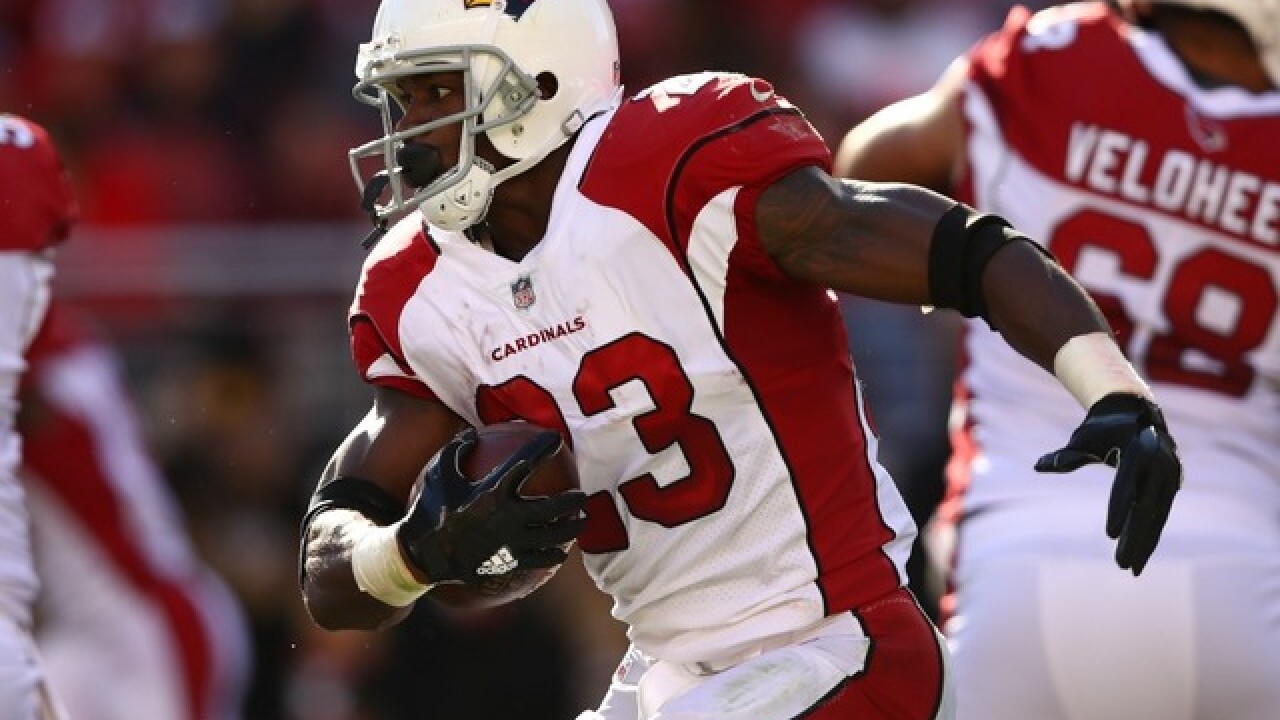 Copyright 2017 Scripps Media, Inc. All rights reserved. This material may not be published, broadcast, rewritten, or redistributed.
Ezra Shaw
<p>Adrian Peterson #23 of the Arizona Cardinals rushes with the ball against the San Francisco 49ers during their NFL game at Levi's Stadium on November 5, 2017 in Santa Clara, California. (Getty Images)</p>

The Arizona Cardinals have released running back Adrian Peterson, the team announced Tuesday.

The Cardinals made a trade with the New Orleans Saints for the 32-year-old Peterson in October after starting running back David Johnson suffered an early-season injury. He rushed for 134 yards and two touchdowns in his debut with the Cardinals on Oct. 15 but missed the last five games of the season with a neck injury.

Peterson played his first 10 NFL seasons with the Minnesota Vikings, where he was a seven-time Pro Bowler and four-time First-team All-Pro selection.