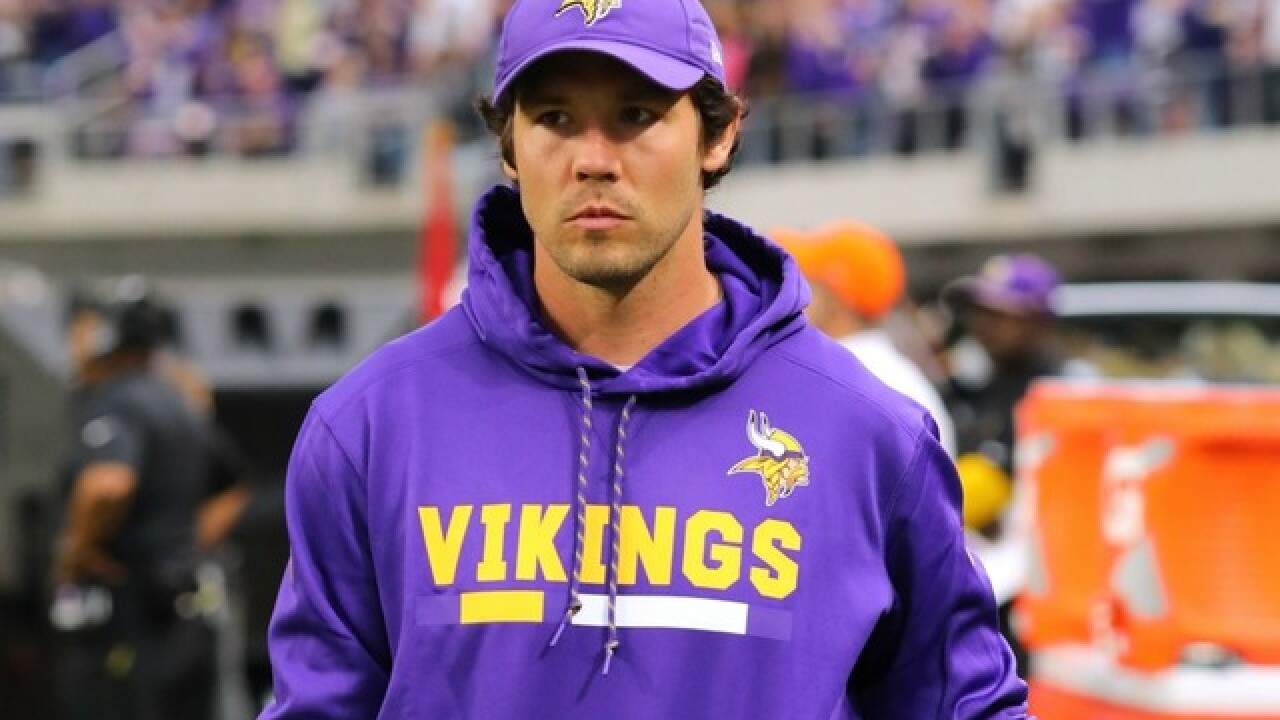 The Arizona Cardinals are reportedly replacing one Heisman Trophy-winning quarterback with another.

The Cardinals are set to sign former Minnesota Vikings quarterback Sam Bradford, according to multiple reports Tuesday. ESPN's Adam Schefter reported the deal will be for one year and $20 million, with $15 million guaranteed.

POLL: Are you happy about the Sam Bradford news? Vote here

The 30-year-old Bradford is an eight-year pro who was selected by the Rams with the first overall pick in the 2010 NFL Draft. He has thrown 101 touchdown passes and 57 interceptions in 80 career NFL games. He has a career 34-45-1 record as a pro, which includes stints with the Rams, Vikings and Philadelphia Eagles.

Bradford had an outstanding 2016 season for the Vikings, but lingering knee problems as a result of previous ACL surgeries caused him to miss most of the 2017 season. Bradford has been injury-prone throughout his NFL career; he hasn't played a full season since 2012.

The Cardinals have been looking for a replacement at quarterback following the retirement of Carson Palmer after the 2017 season. Backups Drew Stanton and Blaine Gabbert are also set to become free agents.

The Bradford news came less than 24 hours after reports said fellow former Vikings quarterback Case Keenum was set to sign with the Denver Broncos, and former Redskins QB Kirk Cousins will sign with the Vikings.