Girls playing football: How leaders are inspiring young women to play the game 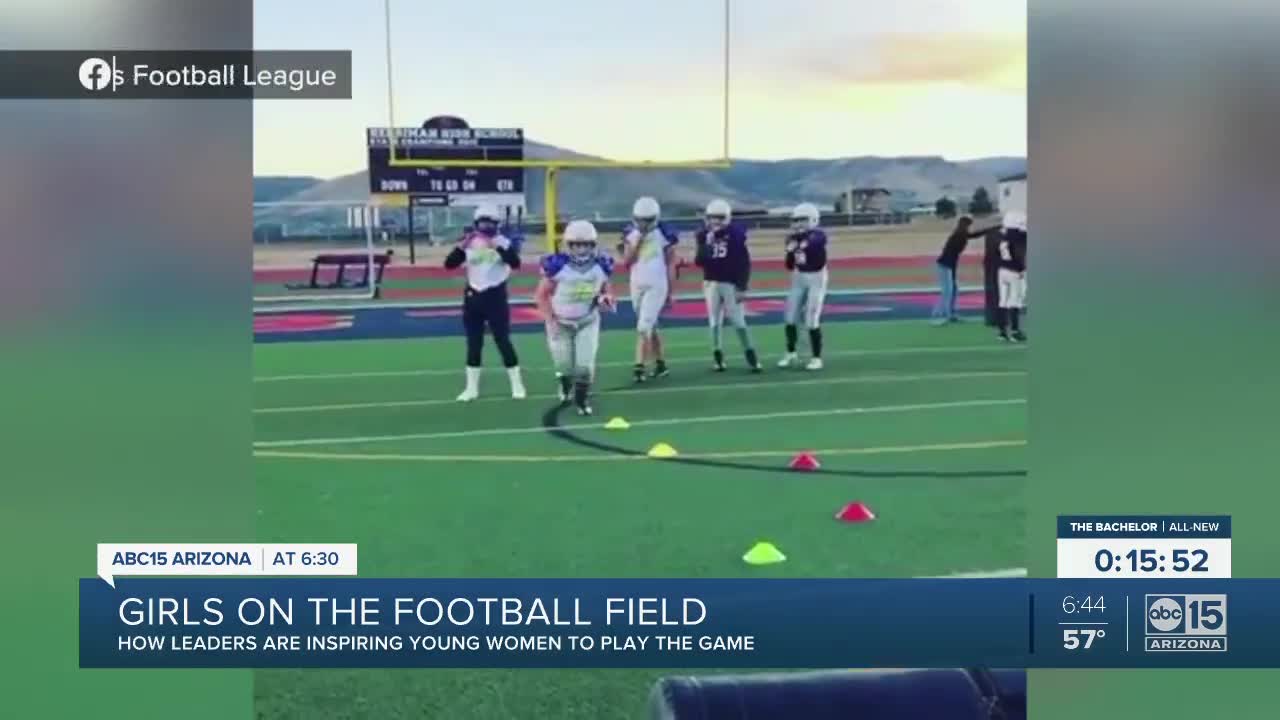 How leaders are inspiring young women to play the game. PHOENIX — Raven Delaney played football for seven years before coaching young athletes on the Utah Girls Tackle Football League. As the first all girls tackle league in the nation, they got international attention with players like Sam Gordon, starring in a commercial during last year's Super Bowl.

Delaney is now bringing that passion for the game to the Valley.

"I've had fathers that have called me said that all the girls asked for Christmas is shoulder pads and helmets and they're just really excited about it," Delaney said.

Getting girls on the field is also the mission for former Arizona Cardinal's Coach Dr. Jennifer Welter.

"I started grid iron girls, which is flag football camps for girls," she said. "We've done 34 now across the country."

Welter was the first female to ever coach in the NFL. She has this advice for aspiring athletes: "Maybe they think girls don't want to play football," she said. "The truth is, they've never had permission to decide."

"You just saw that in the Super Bowl, Katie Sowers, was coaching the Super Bowl. That's going to have the visibility and impact to see and give other women permission to do the same and even more," she added.