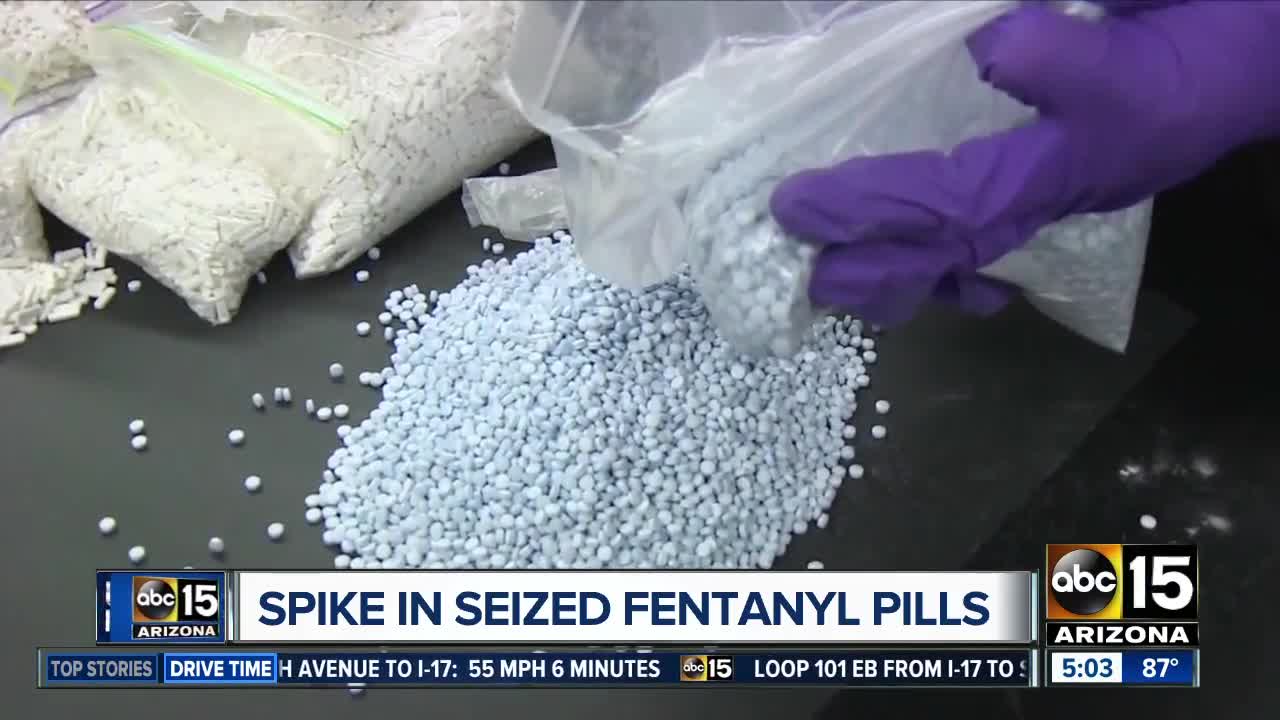 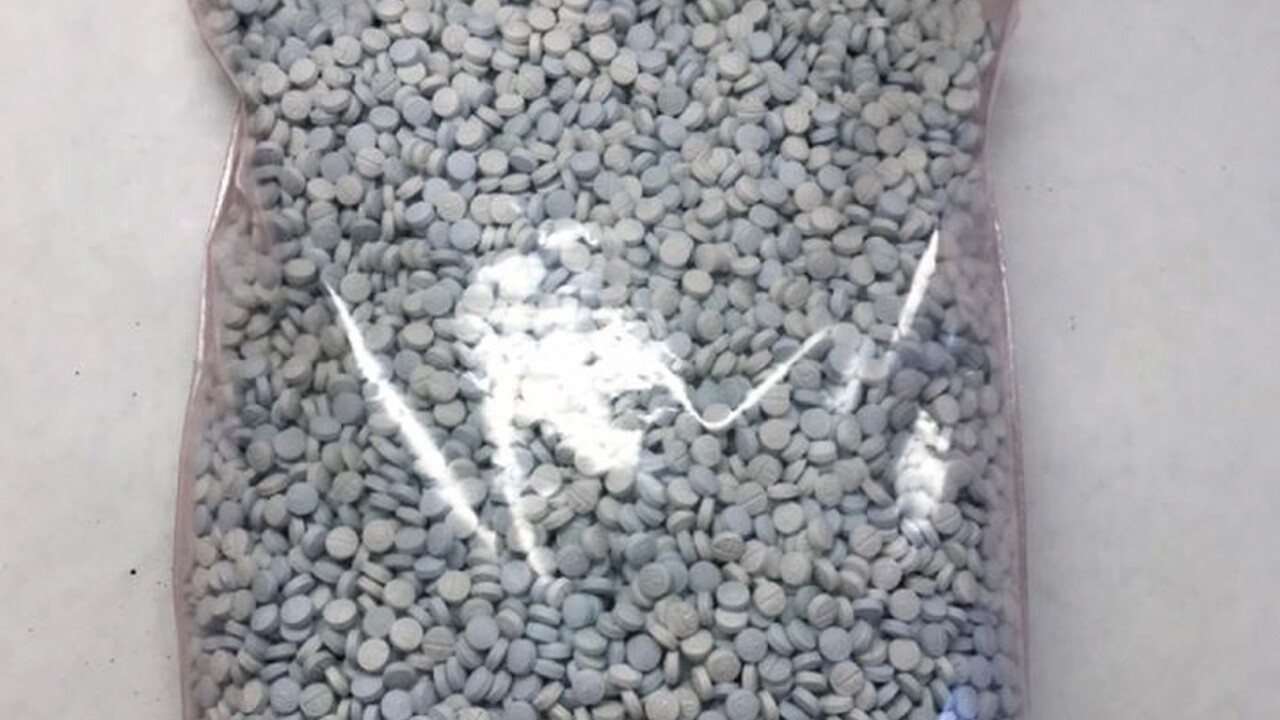 PHOENIX — The head of the Drug Enforcement Administration in Arizona says more than 1.1 million fentanyl pills have been seized in the state this fiscal year.

DEA Special Agent in Charge Doug Coleman says most pills seized so far in the year ending Sept. 30 were made to mimic oxycodone M-30 tablets.

He says agencies in Arizona seized about 380,000 pills in the previous 12-month period.

Coleman says the pills known as "Mexican oxy" are largely manufactured south of the border and smuggled into the United States by drug cartels. He says the growing number of pills that law enforcement is encountering is "alarming."

The DEA noted the new fentanyl product as a trend in 2016, when 20,000 pills were seized. Fentanyl previously was used mostly as a powder added to heroin.