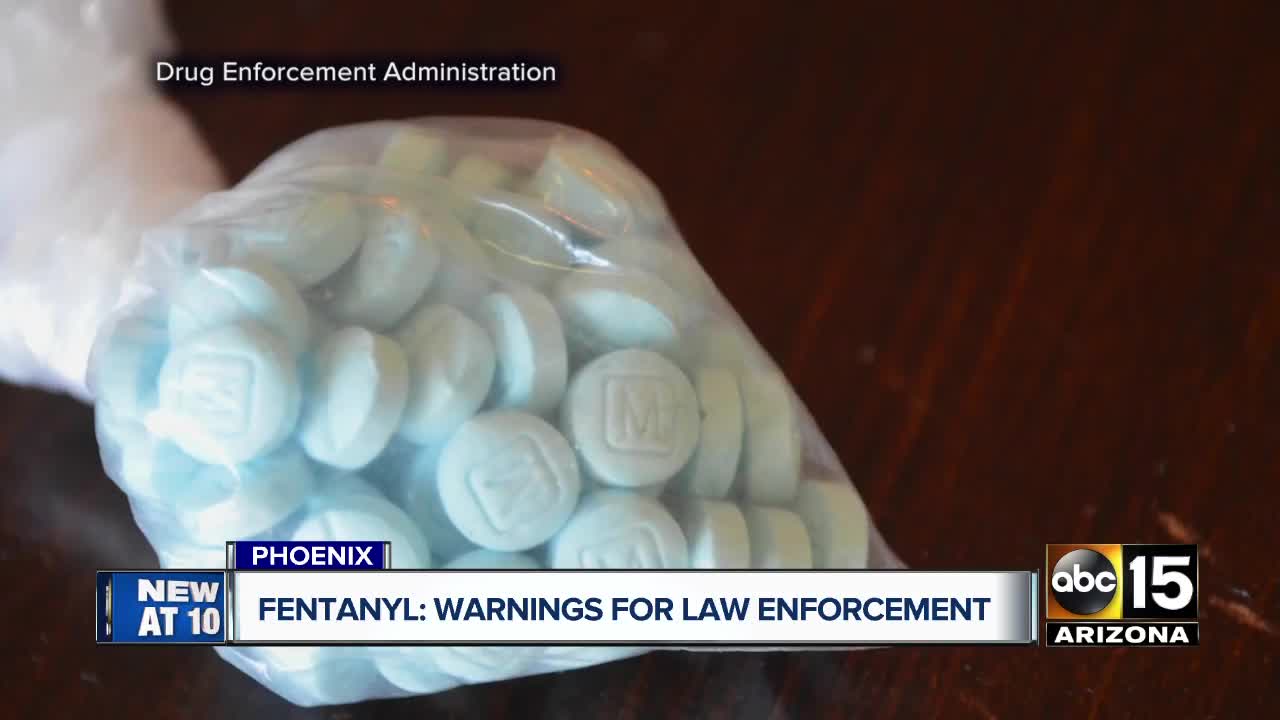 The Valley's top drug enforcement officials are calling this the "most dangerous drug epidemic this country has ever faced." 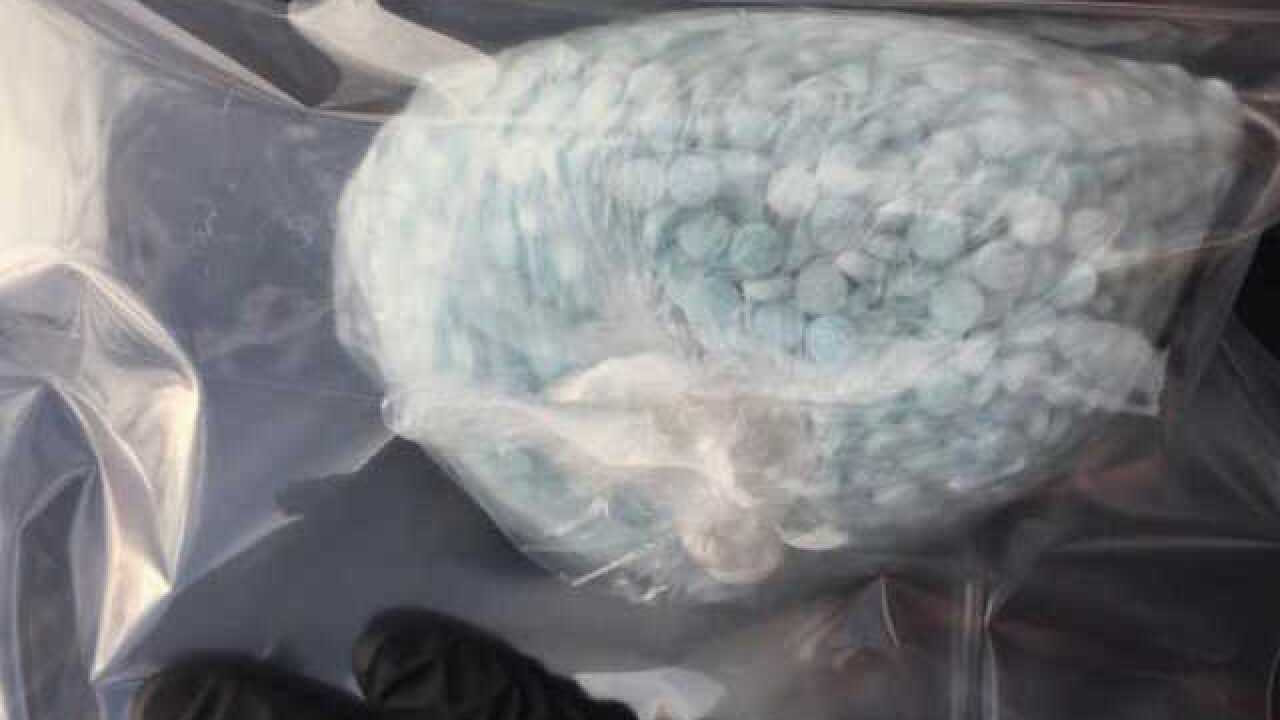 PHOENIX — The Valley's top drug enforcement officials are calling this the "most dangerous drug epidemic this country has ever faced."

Doug Coleman, the special agent in charge for the Phoenix division of the Drug Enforcement Agency, says fentanyl is such a deadly drug, it's putting first responders all over the country at risk every single day.

Coleman said even a tiny amount of fentanyl, equivalent to a grain of sand, is enough to cause an overdose.

It is a warning that is being repeated over and over again to first responders through special videos created by the U.S. Department of Justice, the Centers for Disease Control, Customs and Border Protection, and the Drug Enforcement Agency.

For several years now, the DEA has been distributing videos called "roll call" to law enforcement agencies throughout the country. The videos typically start with the head of the agency warning first responders to pay attention.

Several versions of the videos ABC15 watched started with the word "this message about fentanyl could save your life or the life of a colleague."

Officials in the video warned the first responder community that fentanyl was now being sold as heroin in virtually every corner of the country.

Officers, deputies, and troopers were warned not to field test any substance that they thought may contain fentanyl. Medical experts in the videos stated that exposure to fentanyl could come in various ways, and it could be found in many forms from powder to tablets, capsules, rocks, and nasal spray, the forms are always changing.

Coleman says the impact of fentanyl in Arizona has been appalling.

That is enough fentanyl to wipe out the entire population of Arizona, California, Oregon, Nevada, Washington, New Mexico, Utah, and Colorado, combined.

In Arizona, the Department of Public Safety has already put many safe practices into place to protect troopers from exposure.

In an interview with ABC15 in 2017, DPS Director Colonel Frank Milstead said his troopers no longer tested any "white powdery substances" out in the field. Substances would be taken to the crime lab for testing.

In every law enforcement agency and fire department, first responders were told to wear protective clothing and gloves when handling drugs. The DEA roll call videos featured officers who had suffered from exposure to fentanyl during a traffic stop.

One officer says it happened while he was bagging up some white powder as evidence. As he sealed the bag, some of the air forced a few grains of white powder to go airborne. The officer inhaled some of the drug and said the symptoms were almost immediate.

"I felt like my body was shutting down. People around me said I looked white," said the officer.

Coleman said fentanyl was a depressant. It acts by slowing down all of your body functions, and your heart rate. In deadly cases, the person who took the fentanyl died in their sleep as their heart slowed down and eventually stopped beating.

Coleman said most of the fentanyl in Arizona was coming through Mexico. Small amounts were also coming in from seaports and by mail through China.

Authorities said they were finding many drugs from heroin to meth, and even Xanax being sold on the streets laced with fentanyl as a filler. Those who unsuspectingly took the drug could have no idea they were ingesting fentanyl.

Lately, DEA officials were seeing a lot of fentanyl in the form of blue pills known on the streets as "Mexican Oxy," and it was feeding the worst addiction crisis seasoned agents said they had ever seen in the United States.

"For the people that have an addiction problem get some help. Get some help. You're playing Russian roulette out there when you're taking these pills, and you're buying this stuff off the streets," said Coleman.