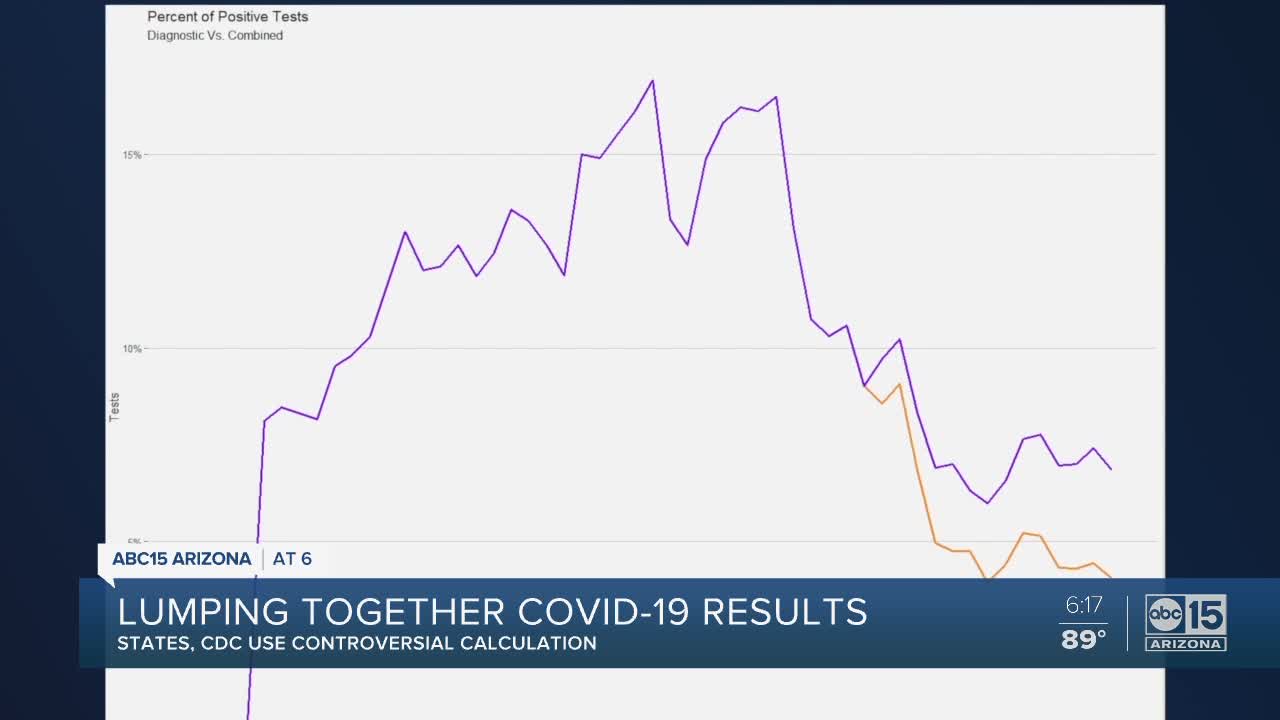 The Centers for Disease Control and Prevention are using the same controversial calculation as Arizona's governor to show coronavirus cases, while public health and data experts say the calculation may minimize the current infection risk.

The tests are essential separately, but they can send mixed signals if lumped together, according Dr.Thomas Tsai, a health policy researcher at Harvard T.H. Chan School of Public Health. "It's like mixing apples and oranges together," Tsai said.

"It makes it difficult to ascertain the true spread of the virus," said ABC15 data guru Garrett Archer, who has been using state health data to track the virus's spread in Arizona.

This week, the CDC updated its website, acknowledging it was using combined data from diagnostic and antibody tests to calculate the percentage of positive cases nationwide. In early May, the ABC15 Investigators reported on Arizona's data combining. The state changed to the new calculation at the same time Governor Doug Ducey announced businesses could safely start reopening. Several other states, including Virginia, Vermont, Texas, Florida, and Georgia, also admitted mixing their testing results together. It's unclear how many other states are using the same methodology.

"There are lives at stake, and the economy is at stake if we don't get this right," Dr. Tsai said. "We need to get a common set of definitions and standards across the country, so we have a national snapshot of truly where we are in the pandemic course."

"The consequences would suggest a lower percent positive rate, which is a criteria for reopening, than what may truly be seen on the ground in everyday life," Dr. Tsai said.

"The antibodies don't tell you who is currently infected, and so a lot of us in the media raised the alarm about this," Archer said.

After being publicly criticized, four states reversed course, and officials pledged to split out the data in the future.

Arizona's coronavirus dashboard still lumps the numbers together for both tests. In one section, it splits out how many of each test type was collected and a percent positive. However, due to other inconstancies in the data, it is impossible to derive an actual positive case number for each type of test.

On May 13, ABC15 asked the state health director if her agency would provide separate numbers for positive cases in the antibody and diagnostic tests. No response has been given.