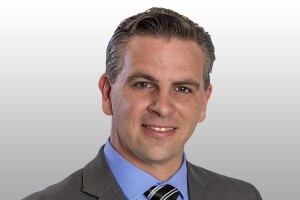 Prior to transitioning to journalism, Garrett was the Senior Elections Analyst at the Arizona Secretary of State where he played a pivotal role in analyzing and disseminating election results and early voting data to the media. He developed a large following on social media during the 2018 General Election with the catchphrase “Maricopa Incoming,” setting the stage for each day that election results updated.

Before that, Garrett worked in the political industry, providing campaign analysis for both Republican and Democratic candidates at nearly every level of government. He is an expert at political public opinion polling and socio-demographic analysis as it relates to elections.

Garrett loves nothing more than pouring over data to find a deeper understanding for stories of the day and stories that are pertinent to the community.

He was born and raised in Southern California, graduating with a Political Science degree from Loyola Marymount University. He has been in the Valley of the Sun since 2007.

When not in the newsroom, Garrett spends time with his wife, whom he met in high school, and their beautiful daughter.