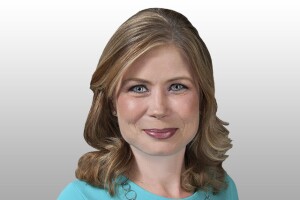 ABC15 Investigator Melissa Blasius has built a reputation on asking tough questions and taking action on behalf of Arizona families.

Melissa spent the majority of her 20-year career in Phoenix. In 2018, she led our coverage on the life and legacy of Sen. John McCain. Melissa also reported on the 2017 Las Vegas massacre. She is frequently asking questions at the Arizona State Capitol. Over the years, Melissa helped homeowners reverse wrongful bank foreclosures and helped veterans recover their long overdue VA disability benefits.

While she worked as an investigative reporter at KUSA-TV in Denver, Melissa uncovered a secret patient waiting list at the VA hospital, exposed flooded-damaged mobile homes being marketed to unsuspecting buyers, and landed an exclusive interview with Mark Redwine, now accused of murdering his son Dylan. Melissa also worked as a reporter in Houston, TX; Battle Creek, MI; Champaign, IL; and Topeka, KS. She also worked a stint as the Director of Communications at the Arizona Department of Health Services.

Melissa received accolades for her dogged reporting. She was a finalist for an Investigative Reporters & Editors Award for a story about football helmet safety. Melissa won an Emmy Award for team coverage of the assassination attempt on former Rep. Gabrielle Giffords. Melissa has been nominated for seven other Emmys. In 2007, she received the Sunshine Award from the Valley's Society of Professional Journalists.

Melissa graduated from Northwestern University near Chicago, where she picked up a passion for the Cubs baseball. Look for her at spring training games in Mesa! In her spare time, Melissa enjoys trail running, watching movies, and playing board games with her husband, step-daughters, son, and grandson.