Pedestrian crashes in Arizona: See 1,400+ incidents across state in 2017 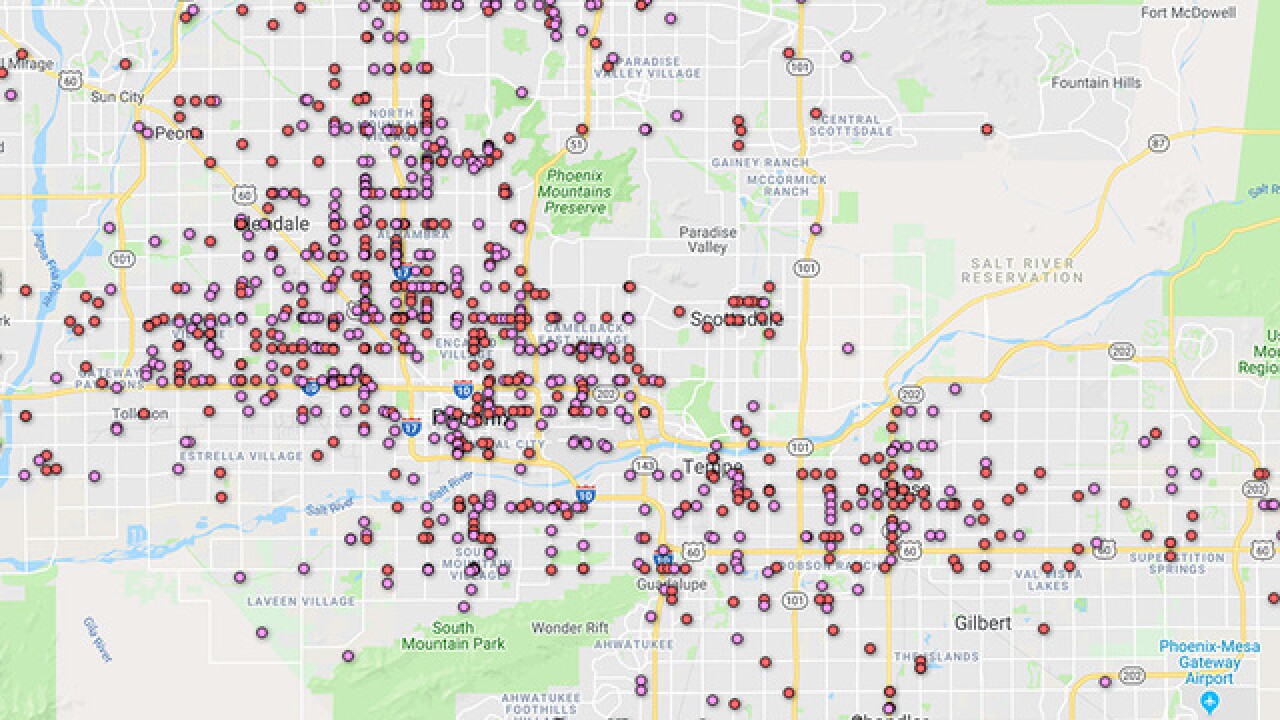 The state saw a small increase in pedestrian-involved crashes and deaths in 2017 as compared to the previous year.

With multiple deadly pedestrian crashes on Valley streets over the weekend, Angie Koehle explores what the problems are and possible solutions that can be implemented on ABC15 tonight at 6:30.

Data from the Arizona Department of Transportation shows 1,475 total pedestrian crashes in the state. Almost half of them -- 718 crashes -- occurred outside of an intersection.

A total of 324 were classified as hit-and-runs.

RELATED: Car vs. pedestrian crashes in Arizona in 2016

Two hundred sixteen people died in pedestrian-involved crashes in 2017, compared to 189 fatalities in 2016.

**Thanks to reports from viewers to our Operation Safe Roads hotline, crosswalk times at some Phoenix intersections have been adjusted. READ MORE here**

Arizona was named the deadliest state for pedestrians in a recent study by the Governor's Office of Highway Safety.

Click on each point in the map below to see detailed information about each pedestrian-involved in Arizona in 2017. Points in red indicate that the crash occurred at an intersection.

ADOT previously released statistics for vehicle crashes across Arizona in 2017. Take a look at the chart below to see statistics from 2016 and 2017.