How to donate, ways you can help those impacted by Hurricane Ian
NewsOperation Safe Roads

Arizona has been plagued with a pedestrian problem.

We've been named the deadliest state for pedestrians in a recent study by the Governor's Office of Highway Safety.

It is one of the many concerns that put us on the path to start our Operation Safe Roads campaign. While many pedestrian crashes occur when the pedestrian is not in a crosswalk, viewers told us certain marked intersections in Phoenix made them feel uneasy.

They called and emailed our hotline (833-AZROADS and roads@abc15.com) saying they didn't feel like they had enough time to go through the crosswalk safely.

"It's very dangerous trying to cross the street," explained caller Jesus Pena about 23rd Avenue and Indian School Road."You figure the crosswalk is your safety zone."

ABC15 took those issues straight to City of Phoenix officials who immediately took action. They told us after letting them know about viewer concerns, they went out to all four intersections and assessed the timing of the signals.

"It feels good that somebody is actually paying attention to citizens who are concerned for this great state," Pena said after hearing the news that his call helped bring awareness.”

Every intersection, except 19th Avenue and Butler Drive, received a time adjustment based on their assessments.

"We're more than willing to look at it, make sure it's the right calculation," said Carl Langford, the Traffic Engineering Supervisor for Operations with the city. 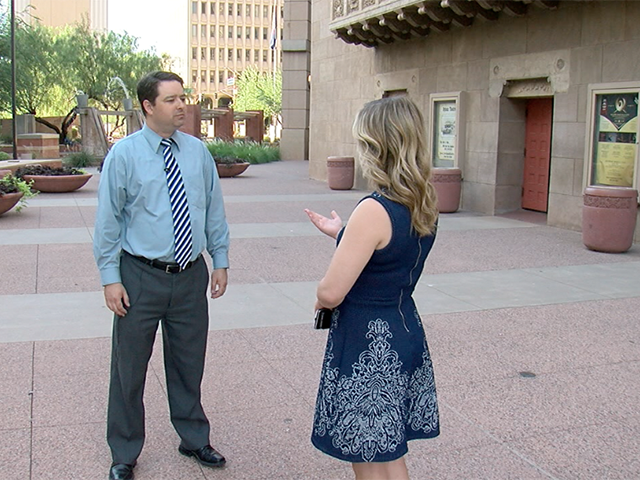 Langford is also is a part of the city's pedestrian safety task force.

He said that each of their intersections is measured and the length of them calculated by national walking standards of about three to four feet per second.

He said the city used to check on its 1,134 intersections to make sure the timing was correct every three years. Now, they are changing that to be more proactive to every one year.

If you have an issue with an intersection you walk through, the city said to please contact them so they can check it out.

"The best way is to really call the traffic signal hotline that we have for any signal concerns... related issues," Langford said.

You can also submit concerns online or with the City of Phoenix's app.

Click on each point in the map below to see detailed information about each pedestrian-involved in Arizona in 2017. Points in red indicate that the crash occurred at an intersection.

ADOT previously released statistics for vehicle crashes across Arizona in 2017. Take a look at the chart below to see statistics from 2016 and 2017.