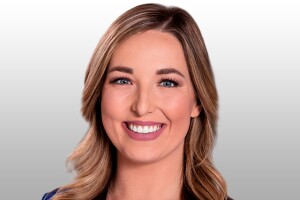 Megan Thompson is happy to be reporting in the communities she grew up around!

During her time on campus, she anchored and reported for the award-winning 'Cronkite News' airing on PBS Arizona. She spent more than two years with the program. She was recognized nationally for her work, including a First-Place win in what is called 'The Pulitzer Prize of Collegiate Journalism' - the Hearst Journalism Awards.

When she's not at work, Megan loves spending time with her family - including 'Henry,' a dog she rescued from Maricopa County Animal Care and Control.