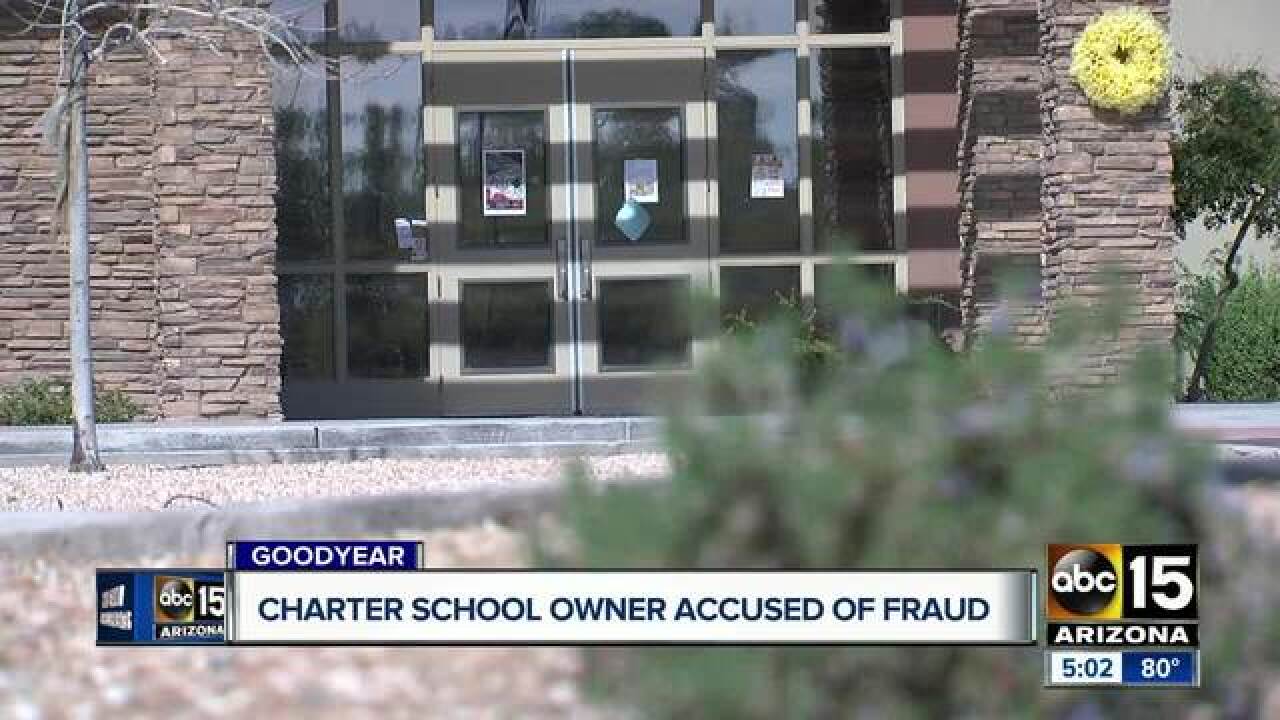 On Monday, dozens of out of work teachers from Bradley Creemos Academy in Goodyear are fighting back.

"What breaks my heart the most, is thinking that our kids are thinking we abandoned them," said one pre-k teacher's assistant.

Standing behind their attorney, former teachers and staff of the now-shuttered charter school are accusing the school's owners of using state funds to live a life of luxury.

"There were things that were purchased on personal credit cards that school funds were used to pay off, the janitorial staff for the school was used to clean his personal residence," Attorney Quacy Smith described.

Hughes sent out an email to parents and teachers last Monday, stating financial woes had made it impossible to keep the school open despite already receiving more than $2 million from the state.

Attorneys for the teachers say those problems were self-inflicted.

"The cooks from the school were used to cater and sponsor parties at his house, his daughter's first birthday party. These aren't allegations, these are facts," said Smith.

Facts attorneys say they'll release with evidence once their civil suit against Hughes is filed.

The financial meltdown of the school has left more than 100 students searching for new classrooms, along with teachers, janitors, teaching assistants and administrators looking for new jobs.

"It's been really, really rough having to file for unemployment," said teacher Theresa Lucero.

"We're just trying to figure out what we're going to do too, it's hard for a teacher to find a job in the middle of the school year," said pre-k teacher Payton Paniagua.