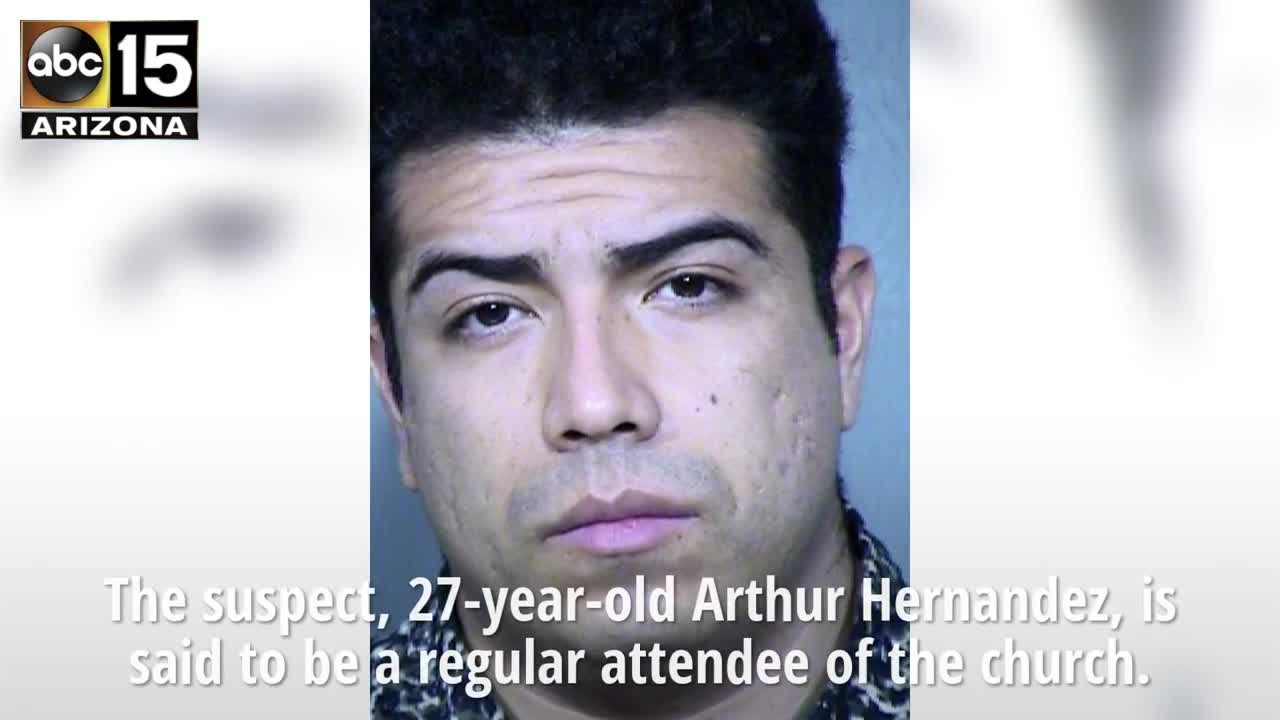 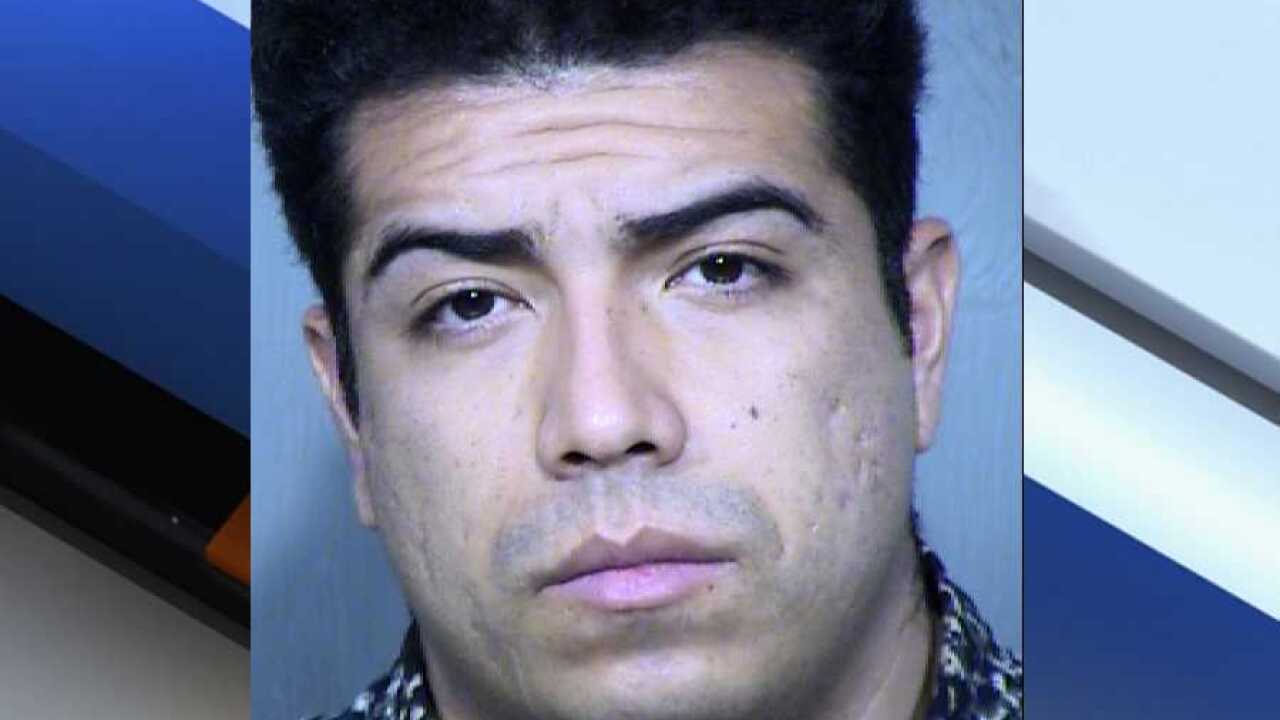 GLENDALE, AZ — A Glendale man is accused of sexually assaulting a 16-year-old girl at a Phoenix church.

According to police paperwork, the victim was at the Kingdom Hall of Jehovah's Witnesses church near 71st and Orangewood avenues when the incident occurred. It was the first time she attended the church with her family on August 18.

Police say the victim felt cold and walked outside to the family vehicle in the parking lot when an unknown man approached her and sexually assaulted her.

The victim told officials the man approached her from behind, put his hand over her mouth and "demanded her to shut up." He proceeded to put his hand underneath her dress and had exposed himself during the assault.

The victim was reportedly eventually able to fight from his grasp and scream for help and a church usher inside heard her.

The suspect took off on foot and pulled his pants up as he ran from the scene.

The usher was able to identify the suspect as 27-year-old Arthur Hernandez, a regular attendee of the church with his parents.

Surveillance video reportedly showed Hernandez in the parking lot, unbuttoning his pants and following the victim.

Hernandez was arrested and booked into jail on sexual abuse and assault charges, as well as sexual conduct with a minor.