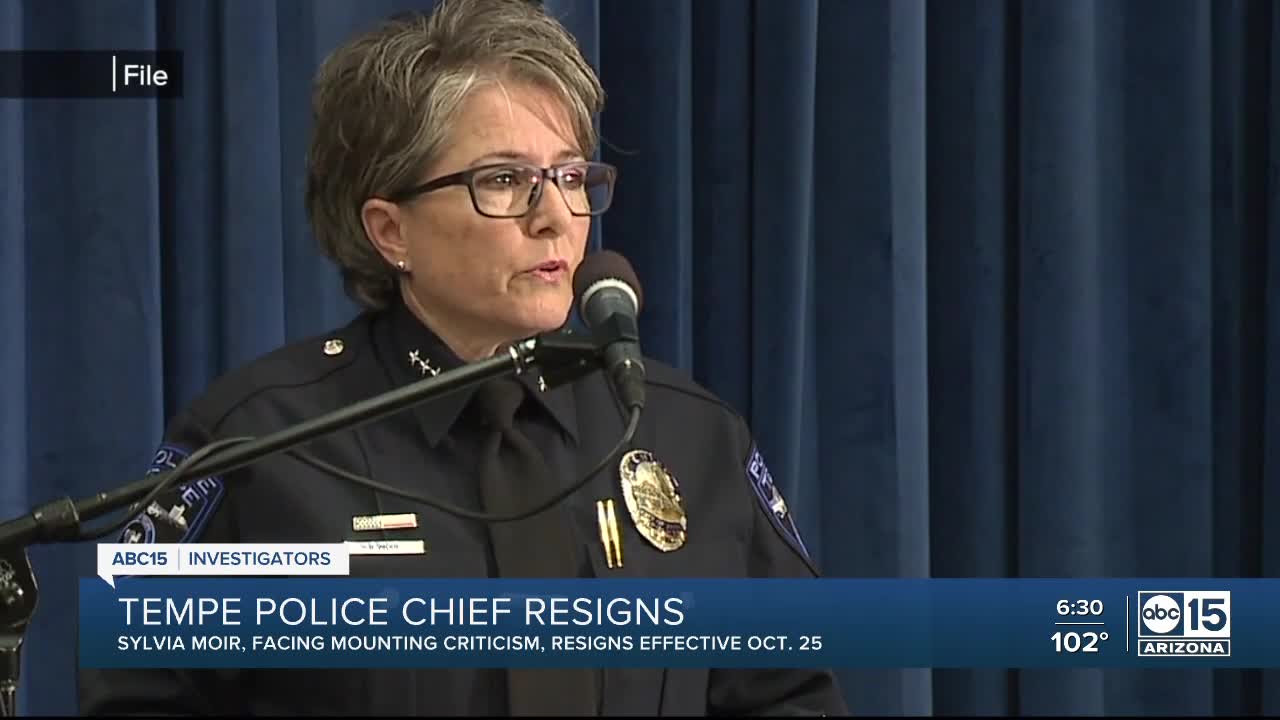 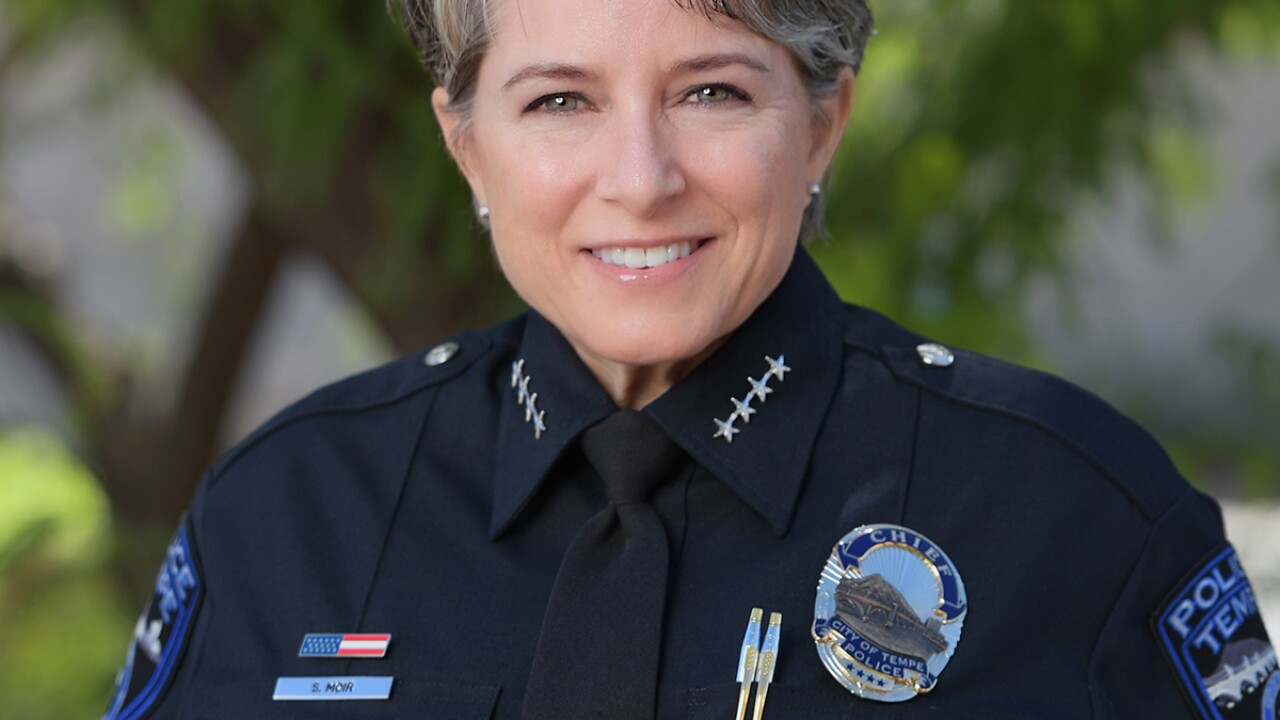 TEMPE, AZ — Tempe Police Chief Sylvia Moir, the department's first female police chief, is resigning as chief and will leave her role on Oct. 25, the City of Tempe said Tuesday in a news release.

It was not known why Moir is resigning from her position, a role she has held since 2016, but she was apparently in talks with Tempe City Manager Andrew Ching about it for weeks.

The announcement also comes nearly two weeks after an investigation was launched after a Tempe police officer held a Black hotel employee at gunpoint, while searching for a white suspect, adding to a number of high-profile investigations throughout her time.

"Chief Moir has dedicated her professional life to Tempe for nearly five years,” said Ching, Tempe City Manager, in a statement. “That time and care devoted to our community is deserving of sincere thanks. I am grateful for her service to the Tempe Police Department.”

"I thank Chief Moir for her leadership up to this point, but I really feel like we need a different direction for leadership for the challenges that lay ahead," he said in an interview with ABC15.

A new interim police chief would be announced in the "coming days," the city said.

Ching told ABC15 that he is looking for someone who can build relationships and communicate within the Temp Police department and with
he community.

Tempe Mayor Corey Woods said in a statement that the police chief "served the residents of Tempe well" and "cares deeply for our community members and Tempe police employees, and she has worked tirelessly to move our department forward."

"I have truly enjoyed working with her and wish her all the best," he said.

In an email to staff announcing her resignation, Moir said, "I refuse to permit the negativity of the few to diminish my admiration and respect for the men and women of Tempe P.D. and my love for the noble profession of policing." She almost mentioned anonymous attacks.

Mayor Woods also announced that he would create a Public Safety Advisory Board in the fall that would "include a wide representation of community members and will examine data, policies, hiring, use of technologies, training, and how the city engages with people who are black, Indigenous and people of color, and those with mental health challenges."

Moir also oversaw the department in January 2019, when 14-year-old Antonio Arce was shot and killed by a Tempe police officer. In a June 2020 interview with ABC15, Moir addressed the shooting, as well as recent issues surrounding police brutality across the nation and calls to defund departments, and explained that she was working to improve her agency to be more effective and respectful.

RELATED: Could 15 minutes have been the difference between life or death for Antonio Arce?

The Tempe Officers Association sent the following statement after news of Moir's departure: “There has never been a tougher time to be in law enforcement - as a police officer or a police chief. The Tempe Officers Association will continue to work hard to improve our department with our next chief and with stakeholders all across the city. We wish Chief Moir the best in her next endeavor. Her love for the community and her passion for the job were qualities our members very much admired.”