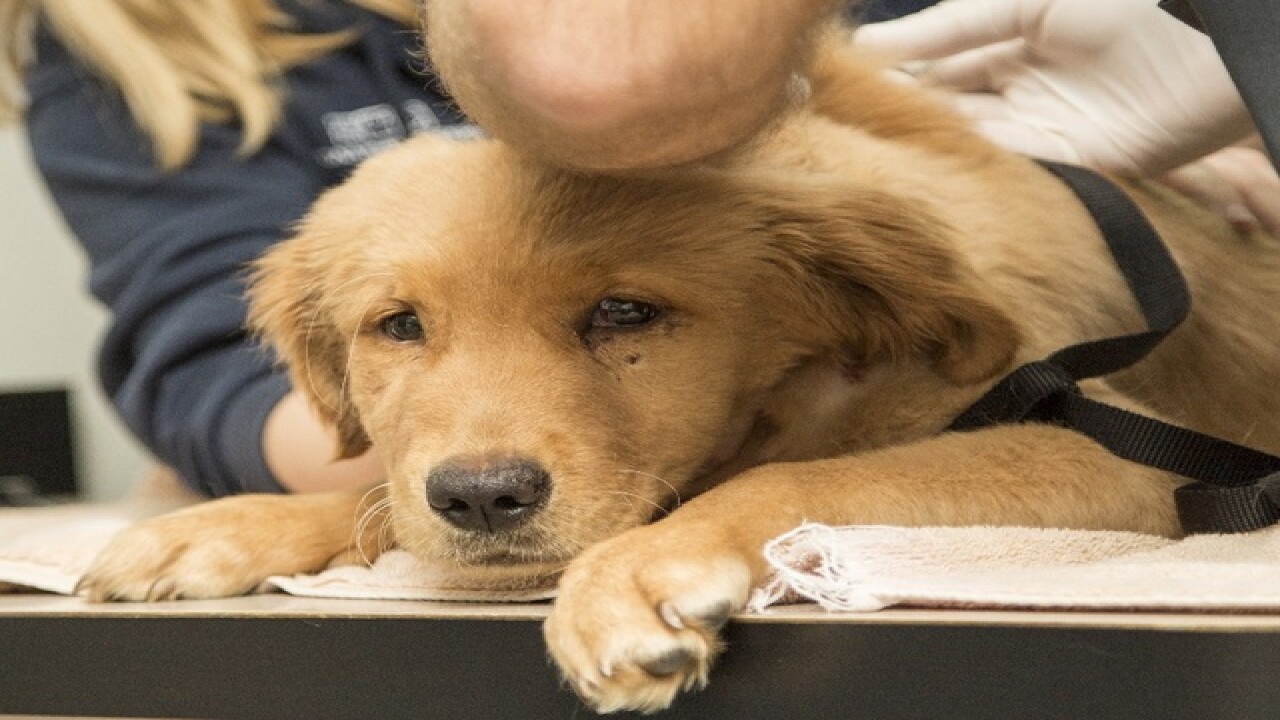 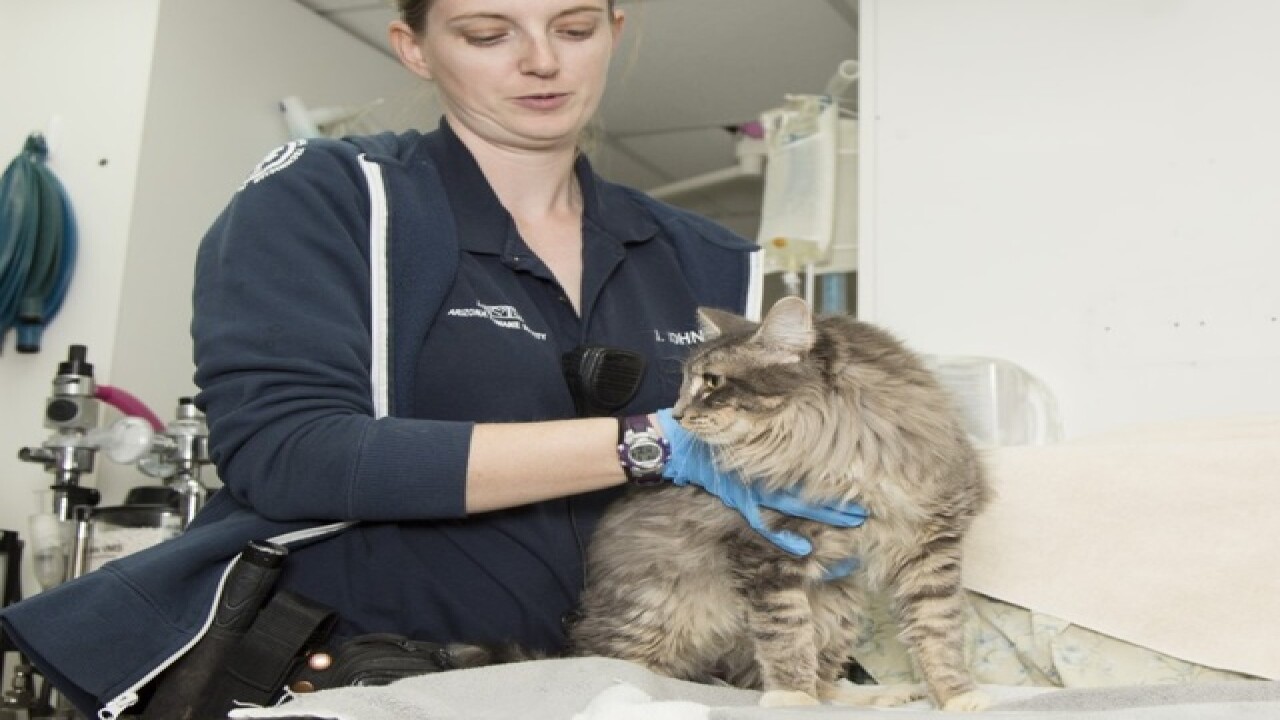 Two abused cats and a dog that were found in an ASU student's apartment in Tempe are on the road to recovery after police removed them from the residence.

According to the Arizona Humane Society, a Tabby cat, 2, had an eye removed after it had ruptured.

"The injury to her eye, it had prolapsed, it was ruptured basically,” said Ashleigh Goebel with the Arizona Humane Society. “There was no curing it, so it was in her best interest to have it removed."

Goebel said the Tabby cat is getting around fine but will need some time on antibiotics to recover.

A Calico, 6, either has stomatitis or severe gingivitis, officials said.

A foster home is lined up for both of the cats; the cats are expected to heal in a few weeks.

Raine, the Golden Retriever pup, had a fluid pocket from the back of its head drained on Monday as he also continues to recover in a foster home. Raine is doing well, playing and was given his first bath.

The dog suffered multiple skull fractures, swelling of both eyes, multiple abrasions and cuts on his shoulder and head and a broken canine tooth, a Tempe police spokeswoman said.

Sundong Hu, 26, was arrested after a neighbor at his apartment complex allegedly witnessed him hitting the puppy multiple times while he was in a cage.

"The suspect has not provided an interview to detectives," said Detective Lily Duran with the Tempe Police Department. "It just breaks your heart, whether you are an animal lover or not. When you see a defenseless, vulnerable animal like that, and you see the conditions he was found in, it just breaks your heart."

The neighbor said she had been hearing strange noises since November but was unable to locate the source until last week.

Hu is facing felony animal cruelty charges in connection with the incident, an additional count of animal cruelty was added against the man due to the cat's eye injury.