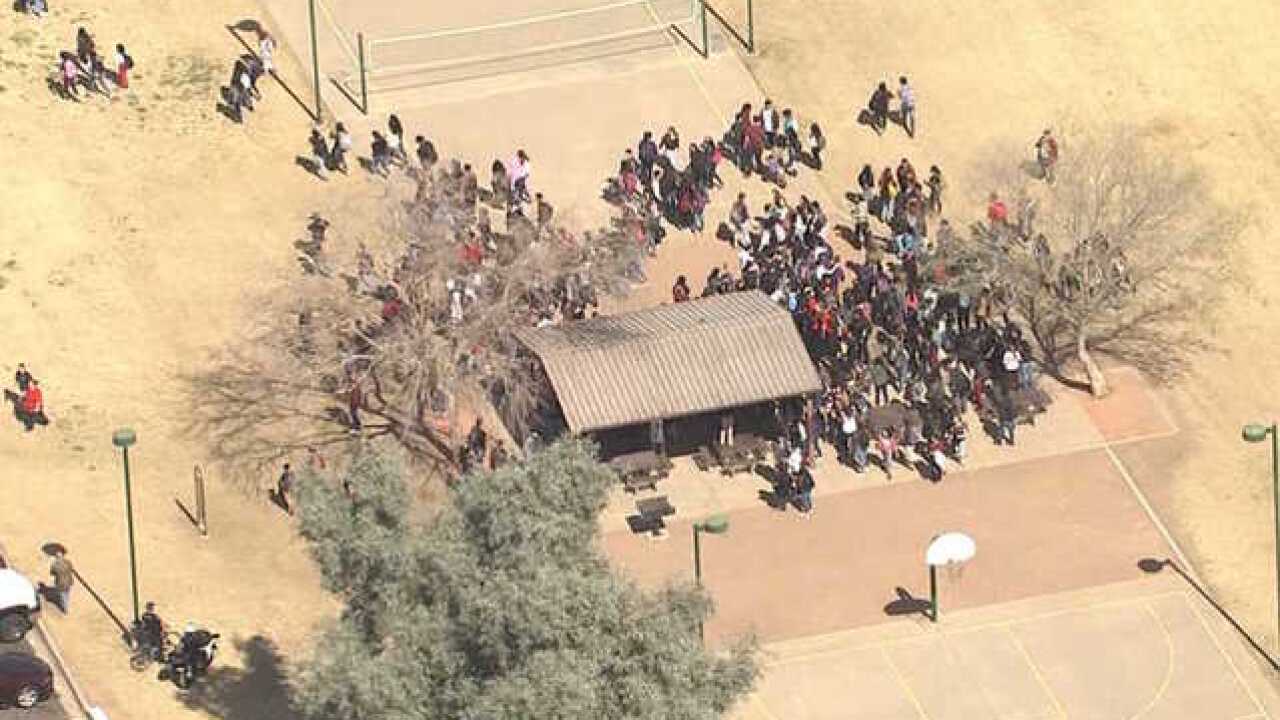 Students at one East Valley high school joined in a national movement after the mass shooting that killed 17 people in Parkland, Florida.

The shooting has seen teens speak up and demand immediate changes to the country's gun control laws.

Several dozen students at Mesa High School walked out of class around noon Wednesday in protest of lenient gun laws. Raw video of the gathering is embedded at the bottom of this article.

The same day, students at Gilbert High School gathered at Tiger Stadium for 17 minutes in remembrance of the shooting's victims.

Elsewhere around the country, district administrators in Texas and Wisconsin responded to talk of similar demonstrations by students with threats of disciplinary action. It was not immediately clear if the Mesa or Gilbert students would be subject to any such punishment.

These actions come as one local lawmaker did try to answer their calls for action.

Dr. Randall Friese is the Assistant Minority Leader in the Arizona House of Representatives and unfortunately, he is all too familiar with mass shootings.

Dr. Friese treated then-Congresswoman Gabrielle Giffords after she was shot in Tucson on January 8, 2011. Six people were killed and more than a dozen others were wounded.

Dr. Friese had created legislation that would ban the use of bump stocks. It was not used in the Florida shooting, but it was used in the Las Vegas shooting. Essentially, it turns a semi-automatic gun into an automatic weapon.

But, just as President Trump instructed the justice department to create a similar ban, our local legislation voted down Dr. Friese's ban.