Recycling changes, reminders throughout the Valley 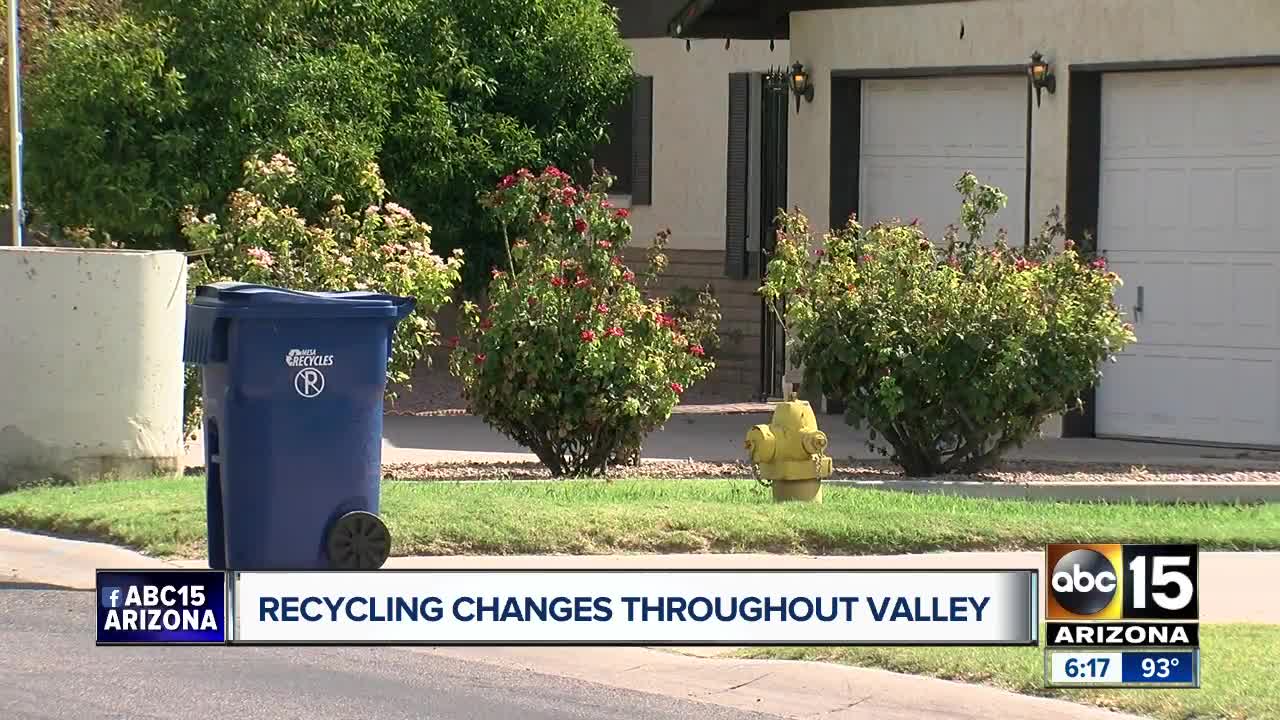 City of Mesa considering changes to its recycling program. 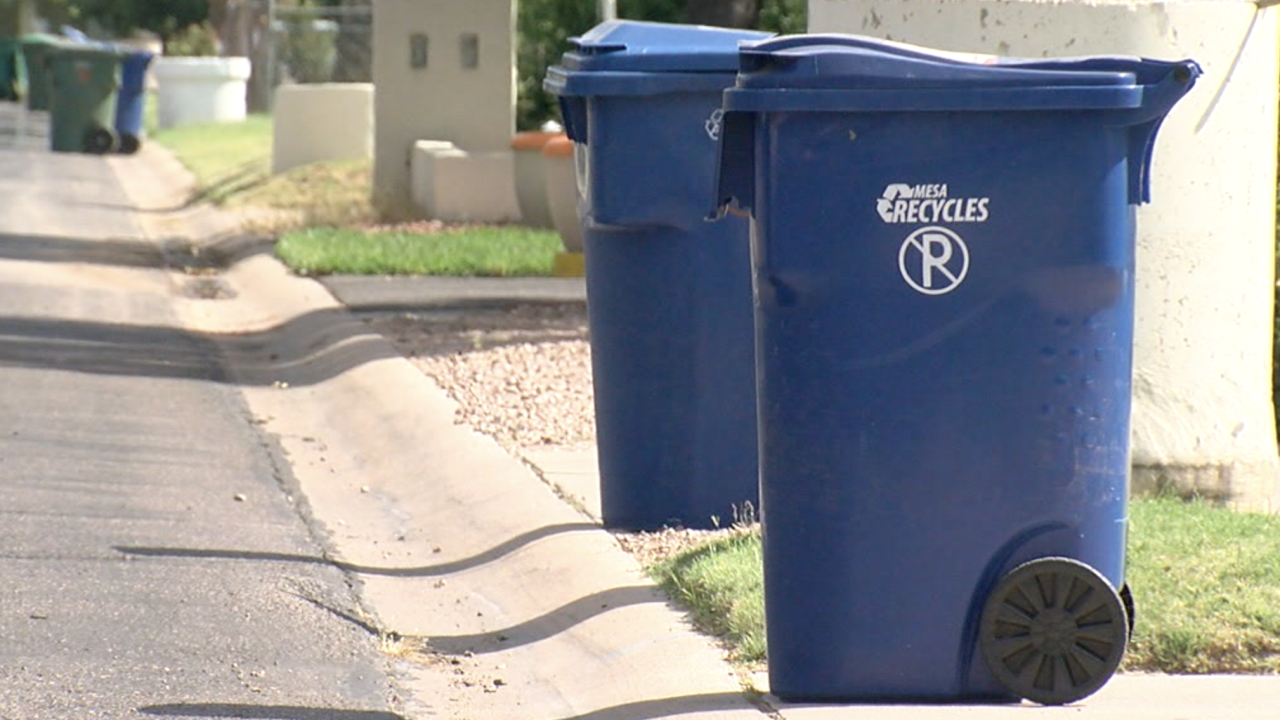 MESA, AZ — Some cities across the Valley are canceling their recycling programs, while others are reminding residents how to do it the right way.

On pick-up day, you'll see blue bins on nearly every corner in the city of Mesa. The paper and plastic inside is taken to a recycling plant where it's sorted, broken down and re-used. But Mesa's contract with solid waste company Republic Services is up this month.

City Councilors are set to discuss a variety of options for the program's future at a workshop Thursday, including whether to cancel the program entirely, reduce collection to every other week, or limit what kinds of materials can be placed in the bins.

The City of Surprise recently ended its program amid soaring operational costs. So did Casa Grande and Sierra Vista.

The City of Chandler's recycling program is still in full effect, but they're going to start giving flyers to residents reminding them what can and can't go inside the bins.

"We're seeing higher levels of contamination than we've seen before," Traci Conaway, recycling coordinator for the City of Chandler, said.

Conaway says putting the wrong items inside your bin can come at a cost and ruin the entire load.

That's why they're launching a campaign reminding residents that cans, paper and plastics are okay. But Styrofoam, plastic bags, garbage and metal scraps aren't.

"We don't accept paper plates, paper towels," Conaway said. "It's not the right kind of recycling."

Each city has a different set of rules, so check your city's website for more information.