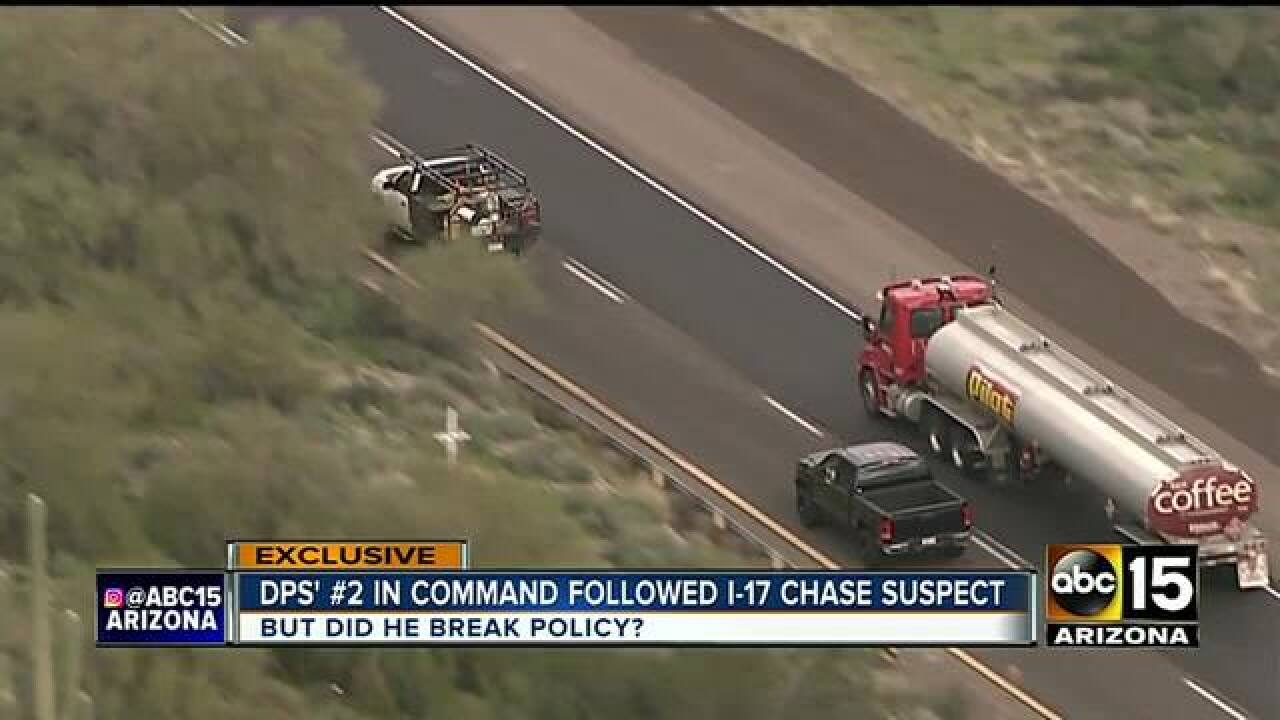 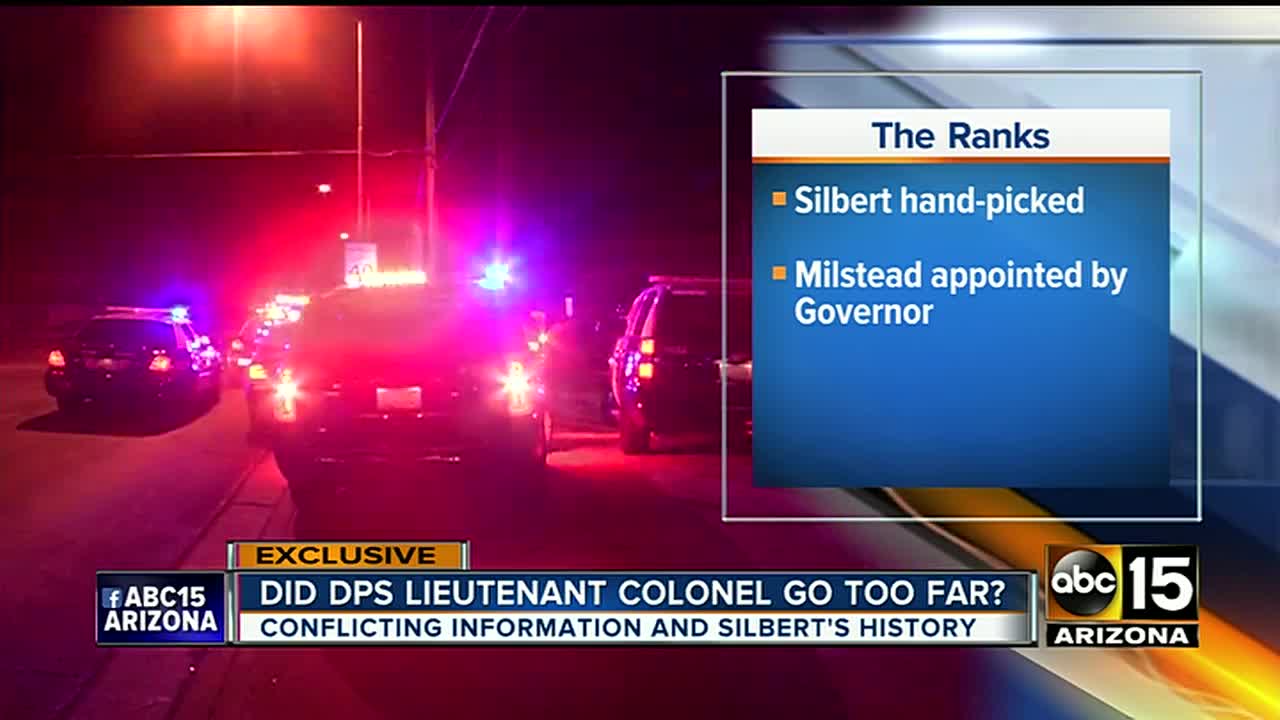 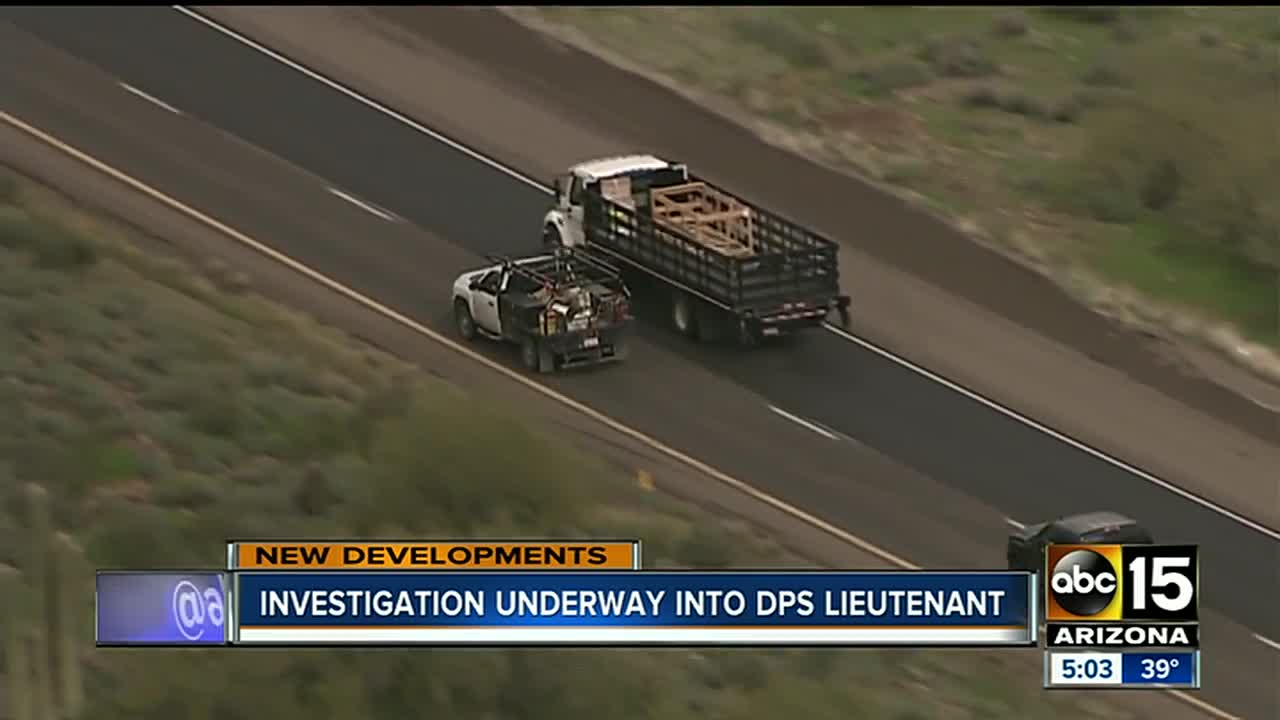 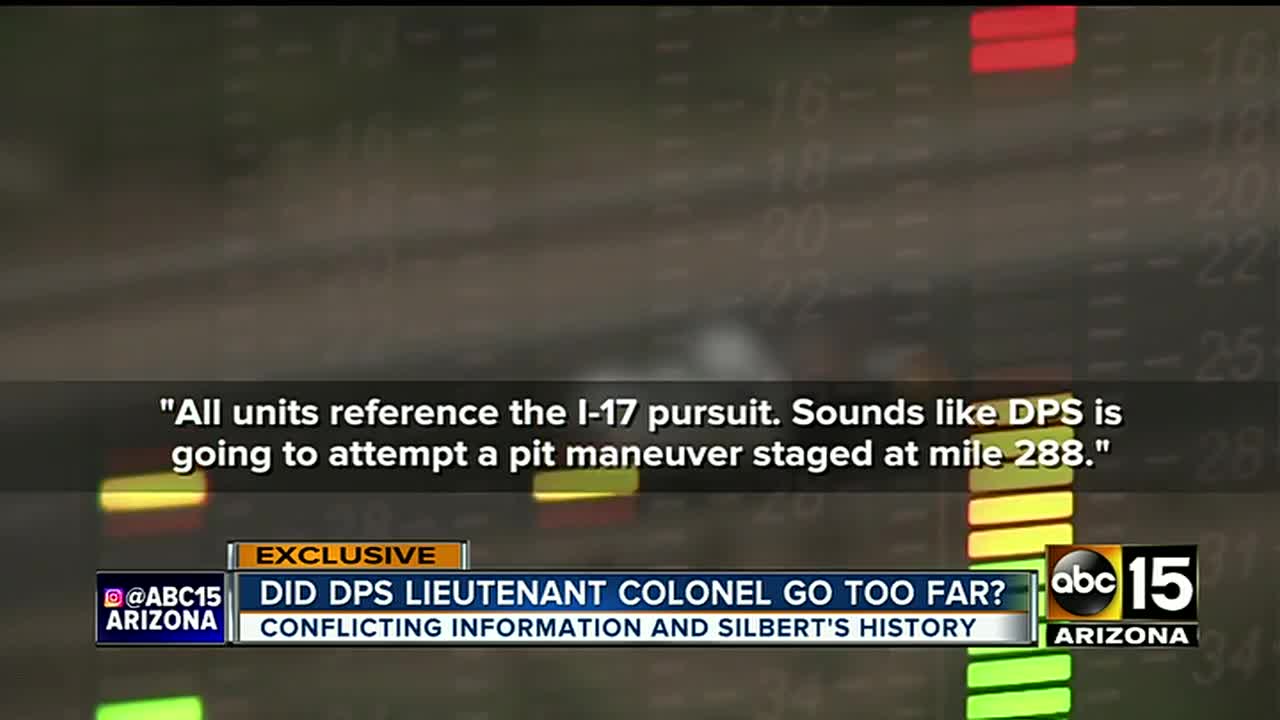 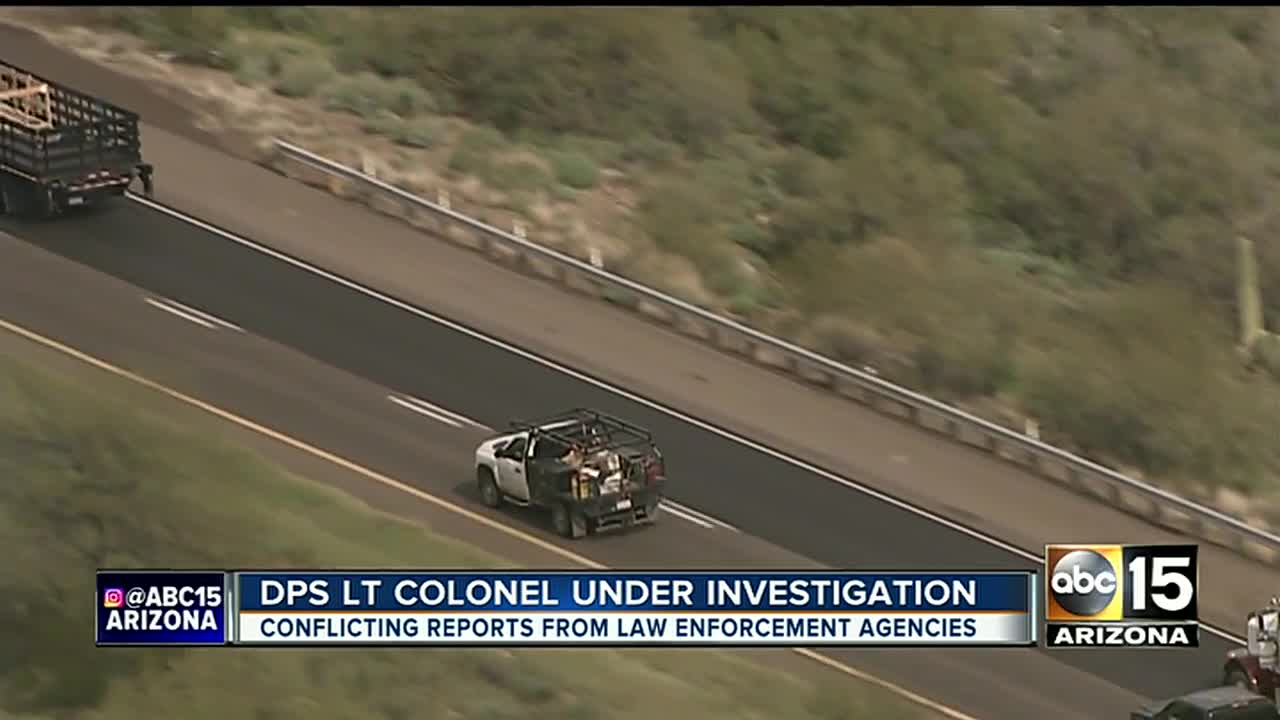 New documents and records are shedding light on an off-duty Department of Public Safety trooper who trailed a chase suspect from the southeast Valley all the way to near Camp Verde.

That trooper, Lt. Col. Heston Silbert, remains on the job while his actions come under formal investigation.

Silbert, the department's second-in-command, followed a stolen work truck in his black pickup.

DPS says Silbert witnessed a carjacking, which is why he sprung into action. However, Gilbert police say the truck was stolen, but it was not taken in a carjacking.

Authorities say the suspect, 29-year-old Bradley Moore, took the truck near the intersection of Guadalupe and Coope r roads on Tuesday. Moore was later killed when his truck struck a guardrail, sending it down a hill.

Video from Air15 clearly shows a black truck, identified as Silbert's personal vehicle, close behind Moore for much of the pursuit's nearly 100 miles.

Law enforcement sources, who spoke to ABC15 on condition of anonymity given the ongoing investigation, said Silbert got into an on-duty trooper's vehicle to use the radio after he ran over spike strips set to trap Moore.

Law enforcement experts consulted by ABC15 said pit maneuvers are also only authorized for violent criminals who are putting the public at risk. That point is where the difference between what DPS and Gilbert police say happened --about whether or not Moore was involved in a carjacking--becomes important.

Moore crashed before DPS could try the maneuver, with his vehicle rolling hundreds of feet down an embankment.

The pursuit is also not the first incident of risky behavior involving Silbert. In 1994, records show he opened fire on two unarmed men during a traffic stop. Sources say Silbert thought the sound of a car backfiring was a gunshot.

One of the bullets barely missed the two men. Silbert was suspended for one day as a result of the incident.

Silbert also has a history with his boss, DPS Col. Frank Milstad. Silbert followed him from Phoenix to Mesa when Milstad was named that city's police chief. Milstad, after being tapped by the governor to head the Department of Public Safety, hand-picked Silbert to be his right-hand man.

“In keeping with the highest standards of Arizona law enforcement, our troopers everyday are put in situations both on and off-duty to respond to crimes committed against our citizens and communities. We would like to assure all members of the media that this is a thorough investigation, and will be conducted in a timely manner. Once the investigation is complete, we are committed to full transparency to make clear that actions of all employees are reviewed and appropriately addressed."