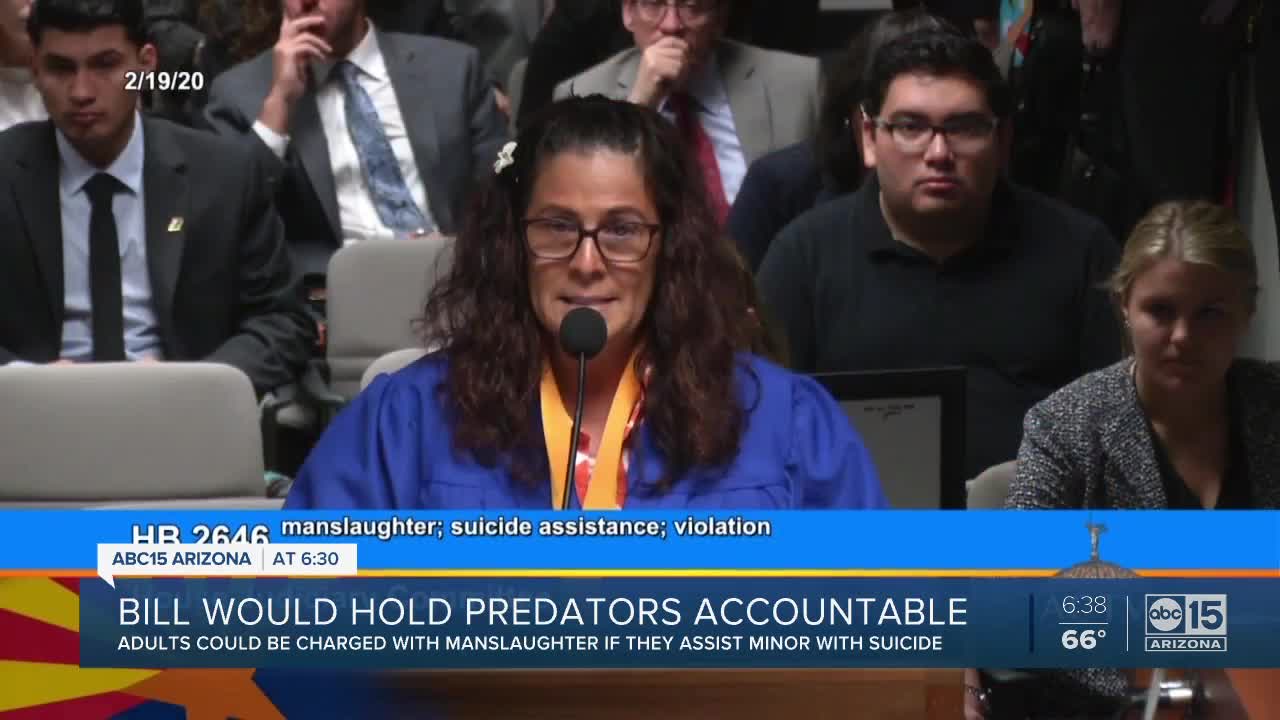 A mother in the East Valley is working to pass a bill that would hold adults accountable if they assist, or encourage a minor to commit suicide. 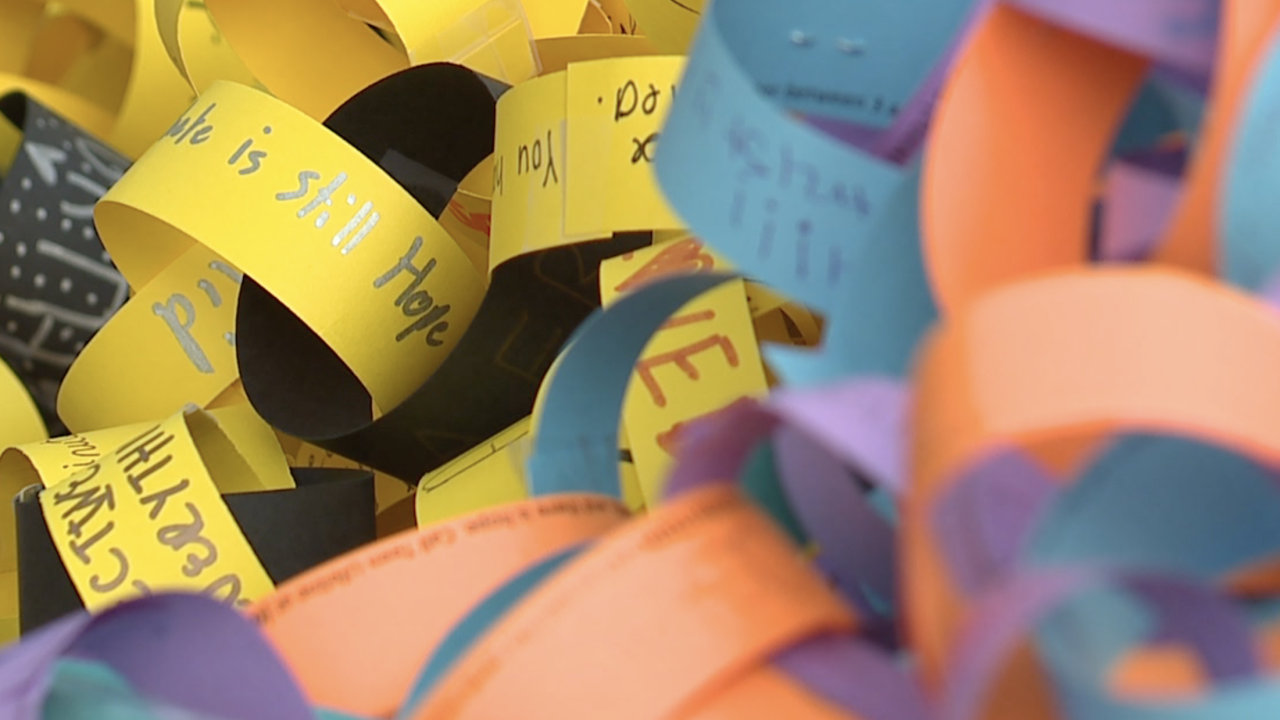 CHANDLER, AZ — A mother in the East Valley is working to pass a bill that would hold adults accountable if they assist -- or encourage -- a child in taking his or her own life.

Paolla Jordan's son, Adrio Romine, took his own life in May of 2019.

After Adrio died, Jordan says she discovered hundreds of online messages between her son and a stranger.

"Initially they were confiding in each other about their struggles, what they were going through," Jordan said.

But Jordan says Adrio then began asking the stranger questions about how to take his own life.

"Where's the temple, how should I hold the gun? At what angle, what caliber of gun? And the guy was asking him, oh what type of gun? Oh yeah, that will do," Jordan said. "It appeared on the surface, looking at everything that he was herding him in one direction like cattle, talking to him more about the gun."

Jordan says she was told there wasn't much law enforcement could do.

"All four agencies said, 'look, we can't do anything as much as we'd like to. You need to talk to your lawmakers to change the law,'" she said.

So that's why Jordan took her concerns to the state legislature. With the help of Representative Jeff Weninger, they introduced House Bill 2646.

The bill means law enforcement could charge an adult with manslaughter if they intentionally encourage a minor to commit suicide.

"I just want parents to be at the dinner table, starting the conversation with their kids that this is a real thing," Jordan said. "Look at my screen shots. They are real. Pause it on your DVR. This happened. It's sickening that someone can actually talk to someone about how to take their life and it happened, it happened to my boy."

Jordan has since created a non-profit, The Laloboy Foundation, in honor of her son. She says anyone who wants to send letters of support for this bill can do so at laloboyfoundation@gmail.com.