Phoenix police weigh in on uptick of pedestrian crashes 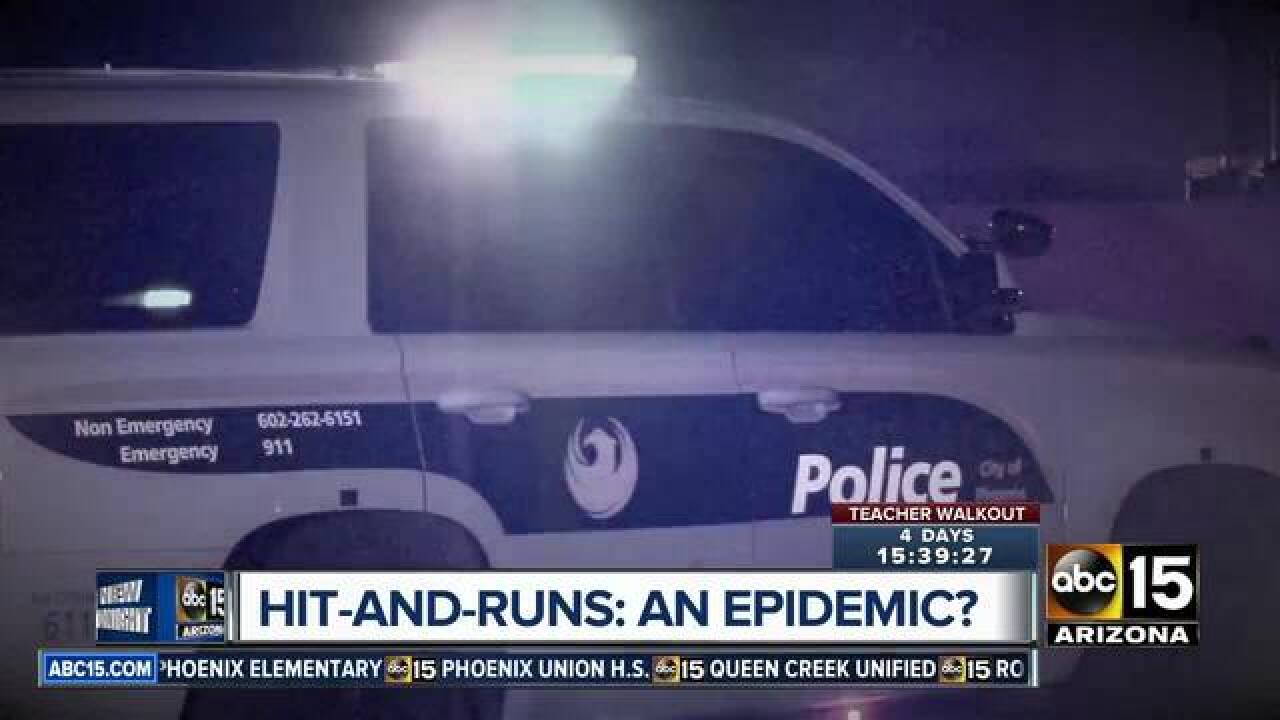 Deadly pedestrian crashes are becoming an increasing problem in the City of Phoenix.

According to Phoenix police, 40 pedestrians have been killed by a vehicle so far this year. In all of 2017, there were 56 pedestrians killed within the City of Phoenix.

Phoenix police are working on a safety campaign to ensure both drivers and pedestrians are avoiding distractions and remaining vigilant.

"It's just a simple reminder for pedestrians, pedal cyclists, and drivers, to raise your awareness," Sgt. Lewis said.

At this point, there is no clear reason for the uptick.

According to a February report from the Governors Highway Safety Association, Arizona has the highest rate of pedestrian deaths in the nation.