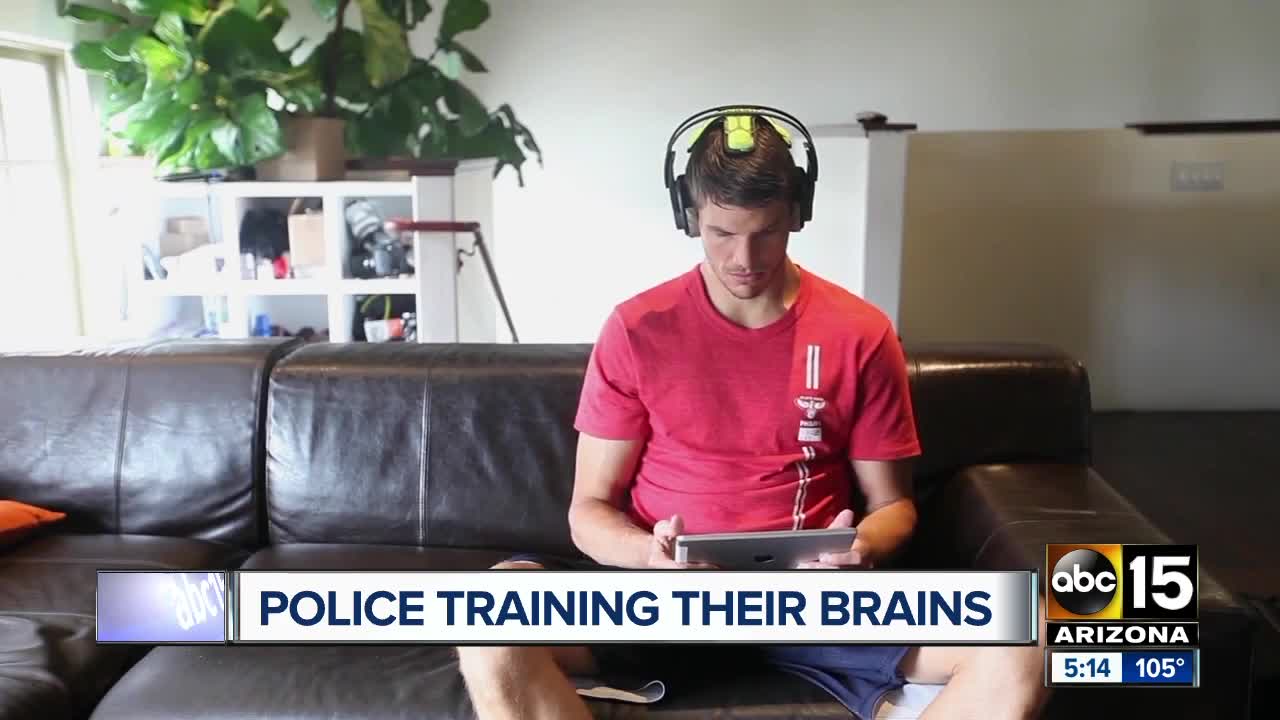 PHOENIX — In 2018, there were 44 officer-involved shootings, by far the most ever recorded by the Phoenix Police Department.

The department, now taking a hard look at the interactions behind those shootings and examining how brain activity may have played a part.

"You put it on just like a set of headphones," said Officer Michael Malpass as he showed off the police departments new brain-scanning technology.

It's called the Versus headset, and it uses sensors to measure brain activity and train it to work better under challenging scenarios.

"Step one is the understanding of the brain," said Malpass.

Officer Malpass is an expert on use of force cases. He says when it comes to high-stress encounters by police officers, the key to a good outcome lies between the ears.

"It reads which portions of your brain are firing," said Malpass, regarding the software.

Next week, recruits will begin using the headset to test their abilities to stay calm under pressure by analyzing key indicators in the software.

"Some of the important ones for us is your ability to focus, the endurance of that focus, your ability to recover from stressors, how you react to the stressors," said Malpass, who pointed out professional athletes and military special forces that also use the technology.

The headset connects to an app on an iPad, putting officers through cognitive games that subconsciously train their minds. Officers will use the software once to set a baseline, then keep track of their improvements as the technology adapts to what areas of the brain could use more work.

"It's easy to measure if someones emotional system is overcharged," said Malpass.

Emotions can offer critical warnings but also cloud judgment. Malpass hopes with the games in the software; officers brains can find a middle ground between the two leading to more positive outcomes.

"It takes about 20 minutes, four different exercises they'll run through, at the end of an exercise it will tell you how many seconds you spent in a peak performance state," said Malpass.

Officers will continually train with the headsets for months with hopes of keeping them in that peak performance state more consistently on the streets. The aim is to improve officers' critical thinking skills to address their decisions during violent encounters better.

The department plans to use the $60,000 technology for a full year and examine the results.