Officer-involved shootings in the Valley in 2019: When, where they have occurred 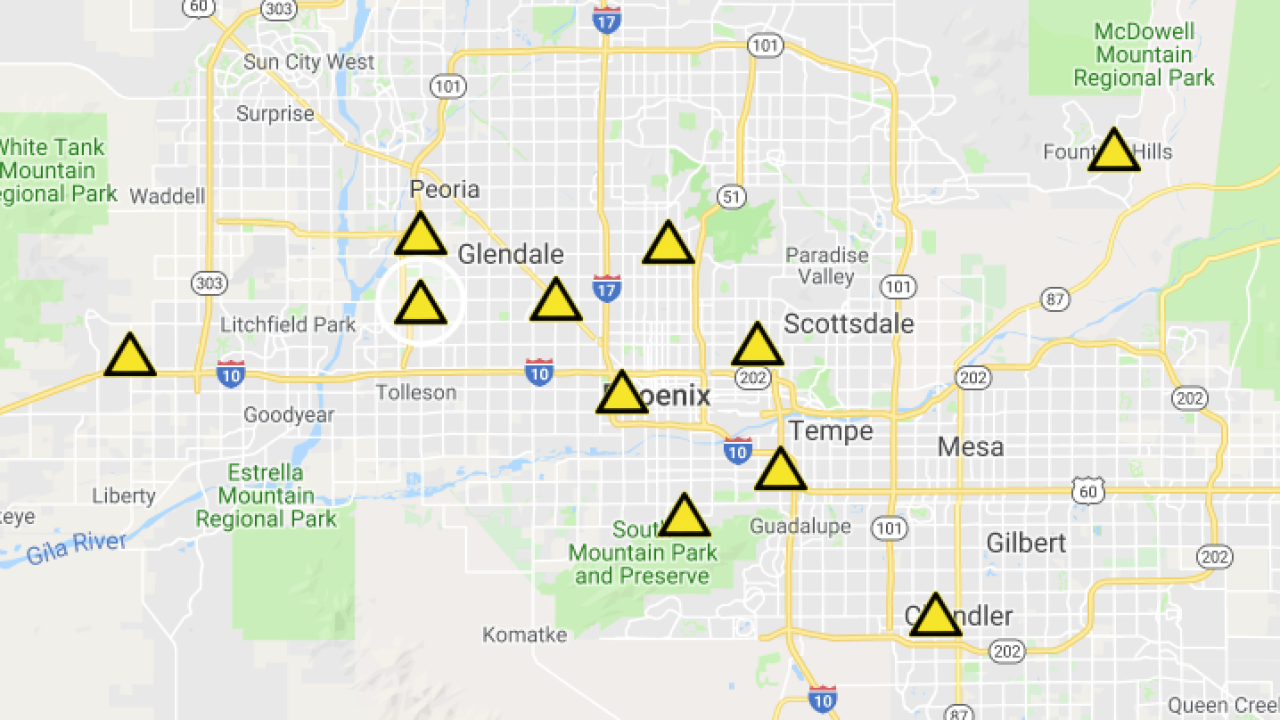 PHOENIX — The number of officer- and deputy-involved shootings across the Valley so far for 2019 is behind pace from the same time period in 2018.

A total of 19 agency-involved shootings have occurred across the Valley in 2019 as of May 8, according to media reports and data from the Maricopa County Attorney's Office.

In all of 2018, a total of 82 incidents occurred across Maricopa County.

Take a look at the map below to see each officer- and deputy-involved shooting incident in Maricopa County so far this year. You can toggle the layers of the map to view incidents from previous years as well, in the maps menu.

The latest officer-involved shooting was reported on May 6, when a MCSO deputies killed a man who "was making threats."

Phoenix police were involved in a total of 44 officer-involved shooting incidents in 2018. This more than doubled their total number of incidents for the department in 2017, which totaled 21.

Currently, Phoenix Police Department has been involved in six of the 19 incidents so far in 2019.

At least nine people have died in connection to these 2019 shootings, according to media reports.