MCSO deputies shoot, kill man with a rifle in Mesa 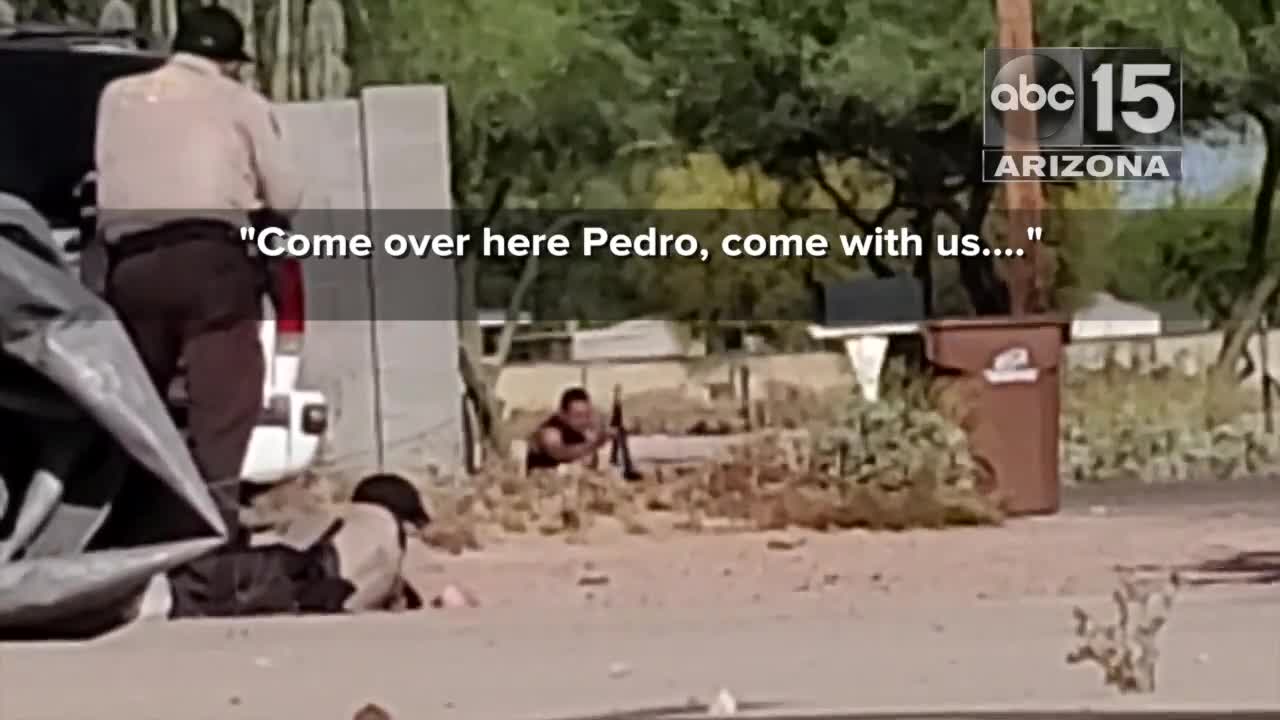 Family members can be heard on a loud speaker talking to a man who was shot by deputies after grabbing his rifle during an incident Monday in east Mesa. 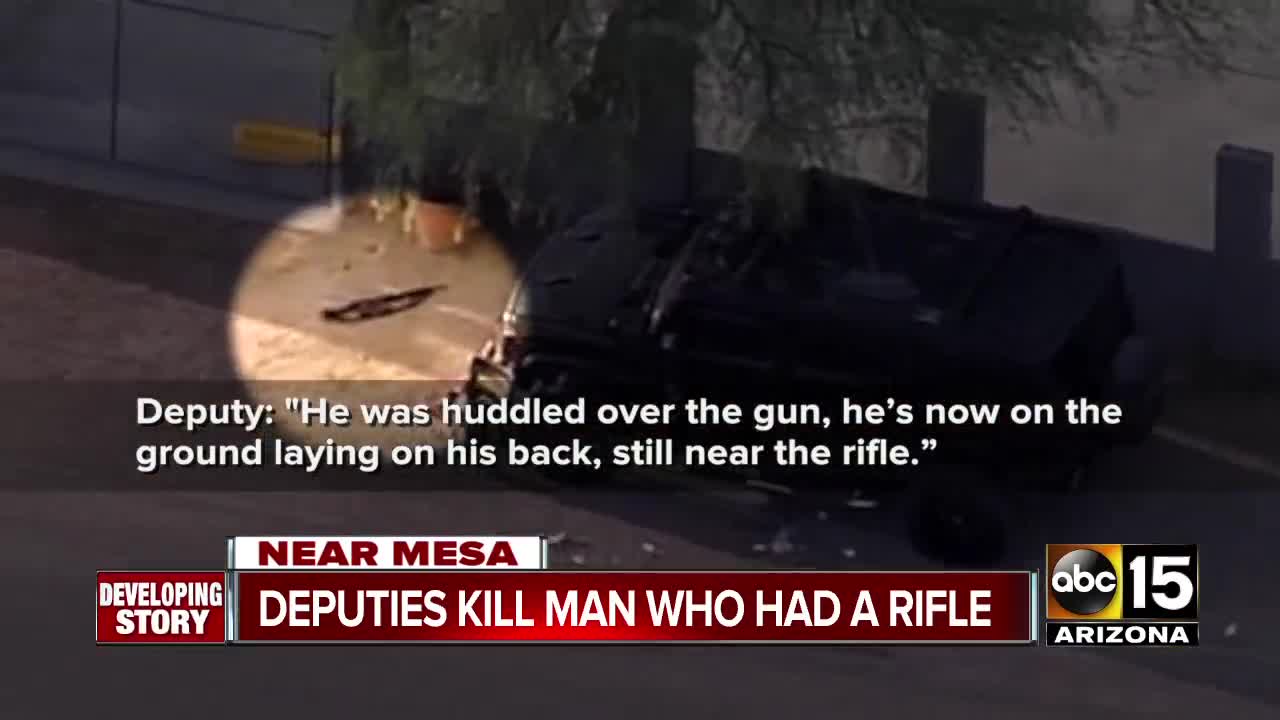 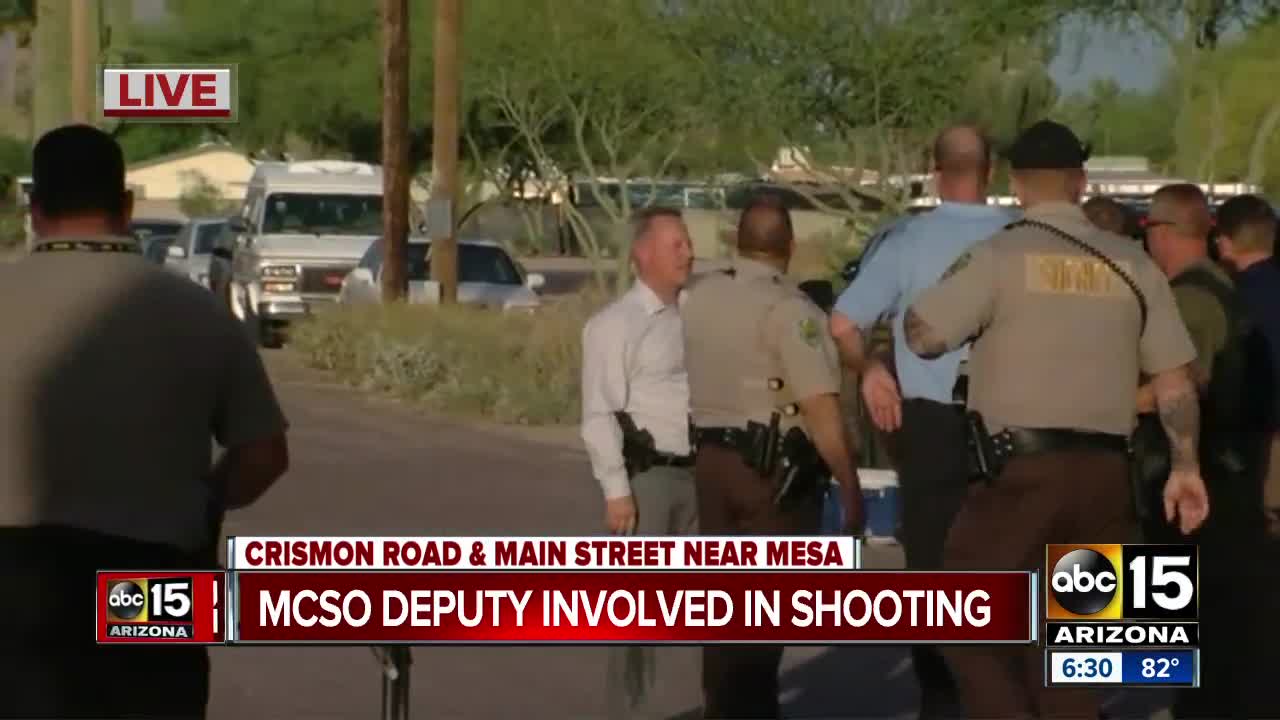 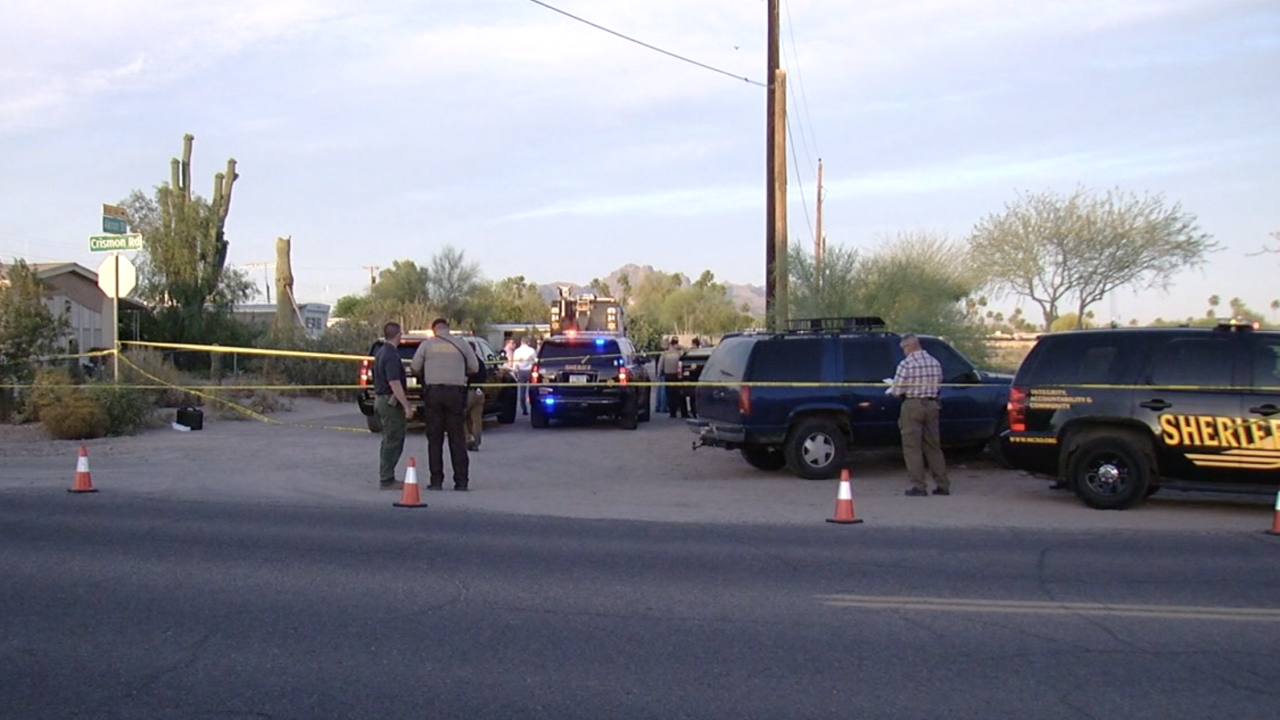 MESA, AZ — The Maricopa County Sheriff's Office says a man shot by MCSO deputies in Mesa on Monday has died from his injuries.

The shooting happened just after 4 p.m. near Crismon Road and Main Street in east Mesa. Deputies were called to the home because a “man was making threats.”

“The deputies began verbal commands to the male subject to drop his weapon - he did not comply and deputies deployed lethal force,” said Sgt. Joaquin Enriquez, a spokesperson with MCSO.

Witness video of the incident is in the player above. *WARNING: The footage may be considered graphic by some viewers.*

Multiple neighbors told ABC15 they heard at least five gunshots. One man, two doors down, said he heard a dozen.

The sheriff’s office would not say how many times the man was shot or how many deputies fired their weapons.

On Friday, MCSO identified the man as 33-year-old Pedro Colazo-villa.

On scanner audio, one deputy is heard telling the dispatcher, “he is huddled over the gun. He is now on the ground laying on his back, still near the rifle.”

Colazo-villa was taken to the hospital where he later died from his injuries, according to MCSO.

Male subject who was involved in deputy involved shooting on Akron and Crismon, has died at the hospital pic.twitter.com/bJKLUicFyn

Multiple neighbors told ABC15 Colazo-villa was a father. They said he was a nice man, who frequently rented a bounce house for his kids. They said they were shocked to hear he had been shot.

One neighbor had tears in her eyes describing the man and his young boys.

Another neighbor, who said he witnessed the shooting, said he was angry that deputies did not use less lethal force.