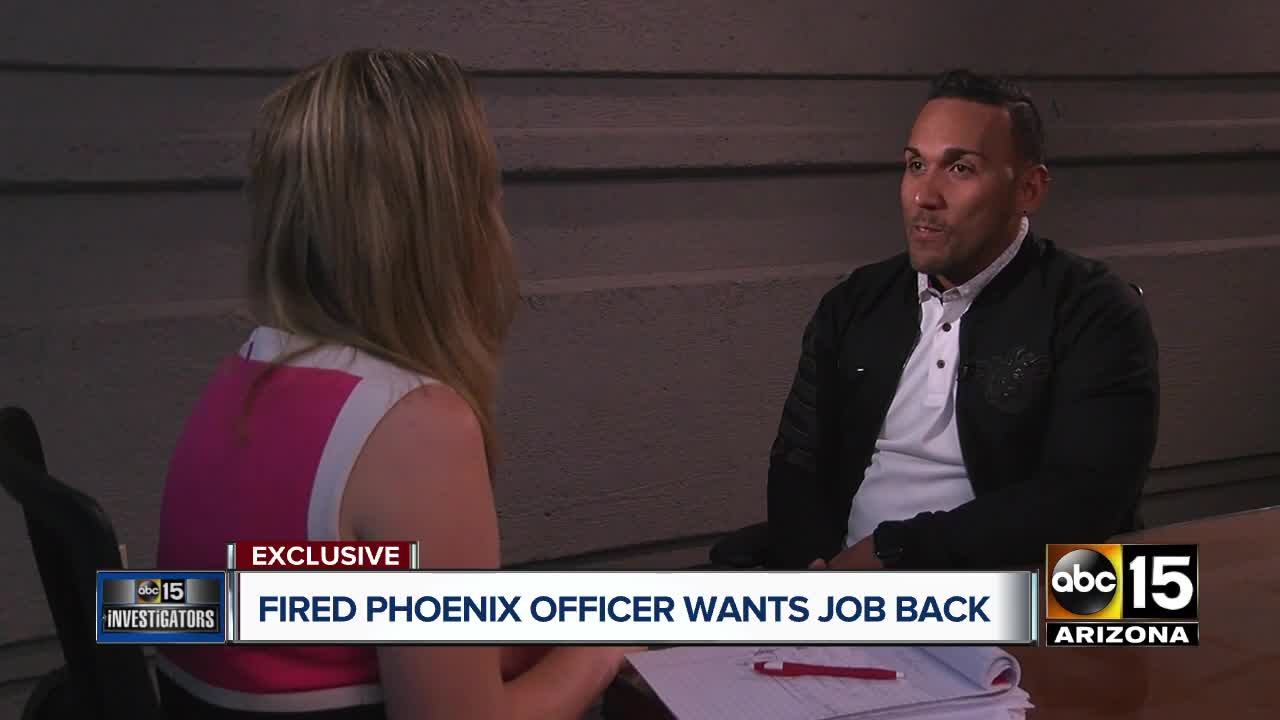 A fired Phoenix police officer is breaking his silence about allegations he sexually propositioned and held a gun to a woman in her apartment. He's fighting to get his job back. 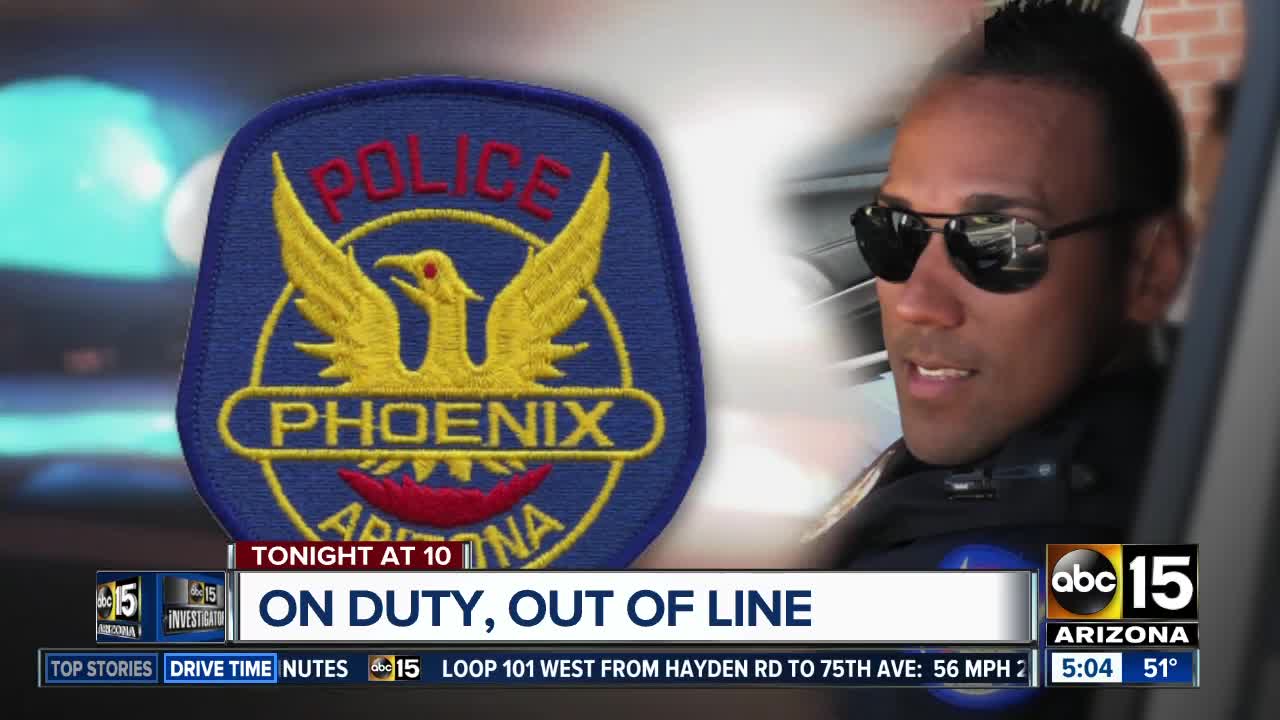 PHOENIX — A fired Phoenix police officer is breaking his silence about allegations he sexually propositioned and held a gun to a woman in her apartment. He's fighting to get his job back.

"That is the worst mistake I ever commit[ed] in my life," Rodriguez said.

What happened inside the apartment led to a criminal investigation, a lawsuit, and Rodriguez's firing.

On August 26, 2018, Rodriguez almost crashed his patrol car into Guzman's car. He motioned for her to stop, and he started a conversation. She gave him her business card. They later talked on the phone, and Rodriguez went to her apartment on his break, without telling his boss.

"In my mind, I was apologizing in person," Rodriguez said.

About a week later, Guzman went to the police department with a terrifying story. In her apartment, Guzman said Rodriguez wanted to show her how passionate he was. According to a lawsuit she filed about the incident, Rodriguez asked "if he could kiss her" and "grabbed his genitals through his uniform pants."

"He said, 'Hey, do you want some of this?'" Guzman said in a recorded interview with Phoenix police investigators.

As he was leaving, then-Officer Rodriguez said Guzman offered a hug and noticed a small, secondary gun he kept in his ballistic vest.

"He opens [sic] a little zipper and took out a little gun, and I said, 'Stop! I'm scared of guns,'" Guzman told investigators. "He held [sic] me very hard and put the gun like this, and I said, 'Hey! Hey! This is not right.'" Guzman confirmed to the investigators that Rodriguez held the gun to her ribs.

Rodriguez denied talking about sex, grabbing his genitals, or holding his gun to Guzman. He said they had a friendly discussion.

Rodriguez told ABC15 Guzman is "absolutely 100 percent" a liar. He said she had a motive - to gain U.S. citizenship. Victims of crime can obtain a special visa that allows them to live and work in the United States legally. ABC15 reached out to Guzman's lawyer about that allegation, but he did not give a response.

"You are innocent until proven guilty. I was the opposite," Rodriguez said.

Rodriguez, a 38-year-old married man, denied even flirting with Guzman. However, in text messages, Rodriguez called her "corozon," which translates to "heart," but it can also mean sweetheart or love. He also asked, in Spanish, if she "needs a little bit of action?"

Guzman responded by text, "I don't want to be the person that makes your children or your wife cry." He replied that he respected her decision.

Rodriguez, who spent about four years on the force, said he had already been in trouble with his bosses. He said he got an unfair punishment after he was accused of failing to fully investigate a burglary earlier in 2018.

Rodriguez filed his official discrimination complaint with Phoenix's Equal Opportunity Department on September 12, 2018. According to a city spokesman, that complaint was closed out as a “no-cause” finding on October 29, 2018. Rodriguez is appealing.

The Guzman apartment incident happened before Rodriguez filed his discrimination complaint, but he said he was already feeling stressed due to his work environment, and that led to mistakes.

The Maricopa County attorney declined to prosecute Rodriguez for aggravated assault for allegedly pointing a gun at Guzman.

Internal police department investigators concluded the officer violated policy by converting a professional relationship into a social one and recklessly displaying his gun. The city paid Guzman a $125,000 settlement for the lawsuit.

Rodriguez said he, again, was punished more harshly than his peers. He's appealing to get his job back, and his Civil Service hearing is scheduled for February 27, 2020.