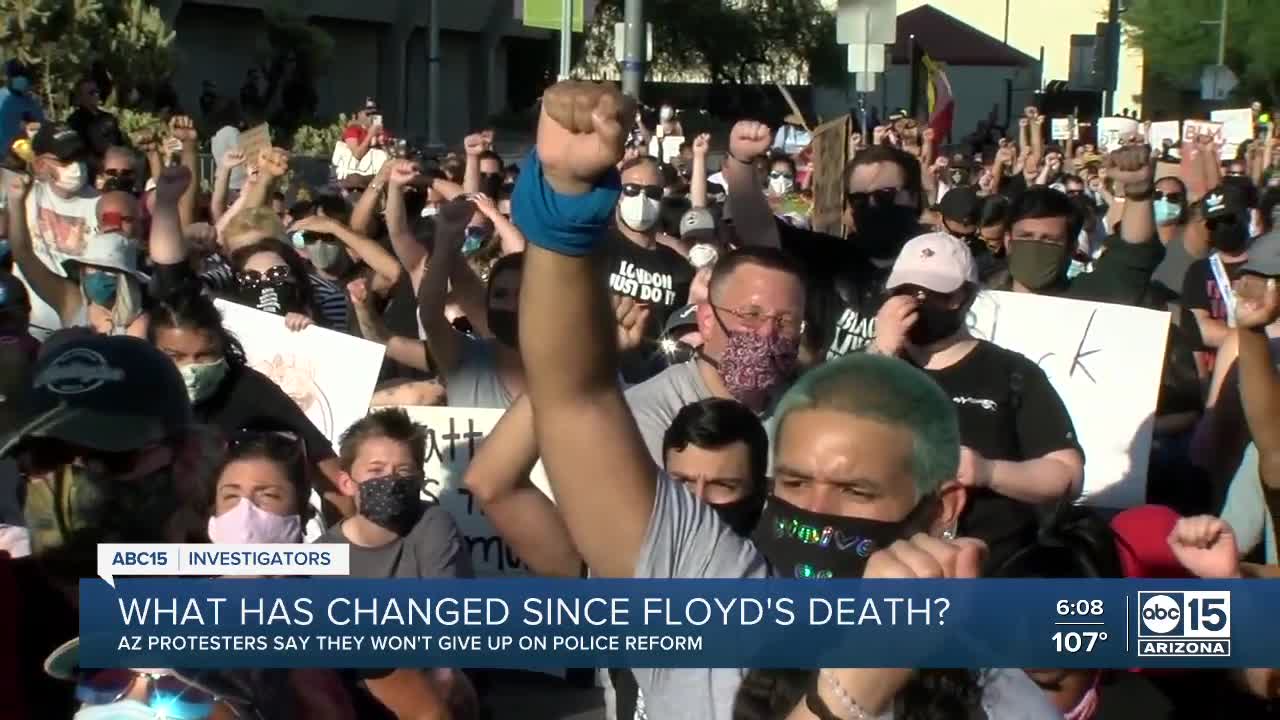 Arizona protesters say they won't give up on police reform. 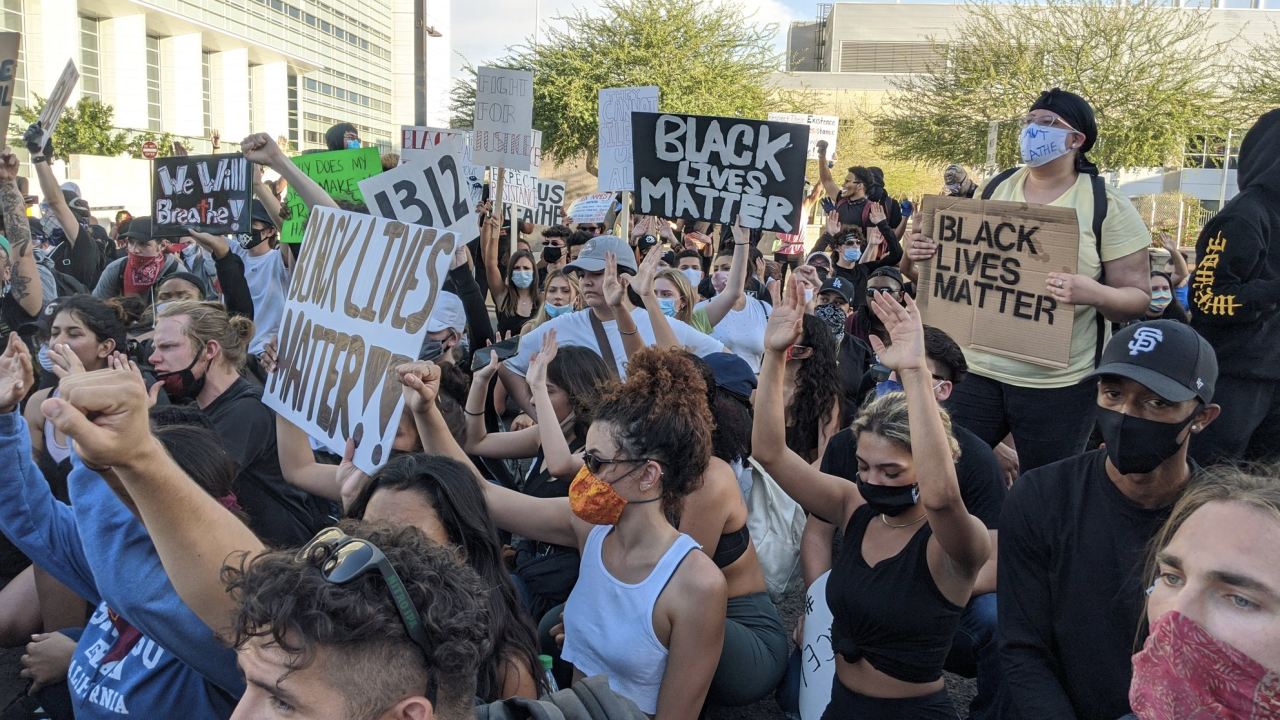 There has been a slower response from Arizona cities to act on significant police reforms, especially when compared to many other major cities, since George Floyd was killed in Minneapolis police custody last month.

First, defund the police, at least partially, and use the savings to pay for additional community and behavior health resources. Secondly, officers who use excessive force or racial bias should be swiftly punished, including job termination or criminal charges.

"No one wants to live in a country where those who are supposed to protect us are not doing so," said William Santos, who spoke to the crowd before that same march.

Since Floyd's death four weeks ago, a police reform movement swept the nation. Arizona, like many other states, has seen daily demonstrations in the streets.

Governor Doug Ducey met with Black pastors, but he has stalled Democrats’ request for a special legislative session on police reform.

In Phoenix, the mayor and police chief joined protesters on the street. The police department banned the use of the Carotid Control Technique, also known as sleeper-holds. The council also fully funded a civilian review board that had been promised for some time.

Phoenix and Mesa have worked on other reforms in the last year in response to local high-profile excessive force cases, but protesters claim changes inspired by the "Floyd" movement have been minimal or nonexistent in Arizona.

"It hasn't necessarily materialized in very obvious ways with our elected leaders," said Jamaar Williams, a criminal justice advocate. "Phoenix is very slow as far as what this movement is demanding and has been behind the times for a while."

"The action to slow us down and make us quiet, that has been swift with curfews and stopping the protests," Juneteenth marcher Les Rayford said. "As far as justice and laws, that hasn't been swift enough."

In Minneapolis, the epicenter of the movement, the city council pledged to defund the police force.

"Once we see a model that works, everyone should start applying that," said Pastor Warren Stewart, Jr., a community leader and former Phoenix city council candidate.

Community leaders and demonstrators say they won’t give up. They plan to keep the pressure on through protests, attending government meetings, and voting for candidates that share their goals.