As protests continue across the country, some are calling to 'defund the police' 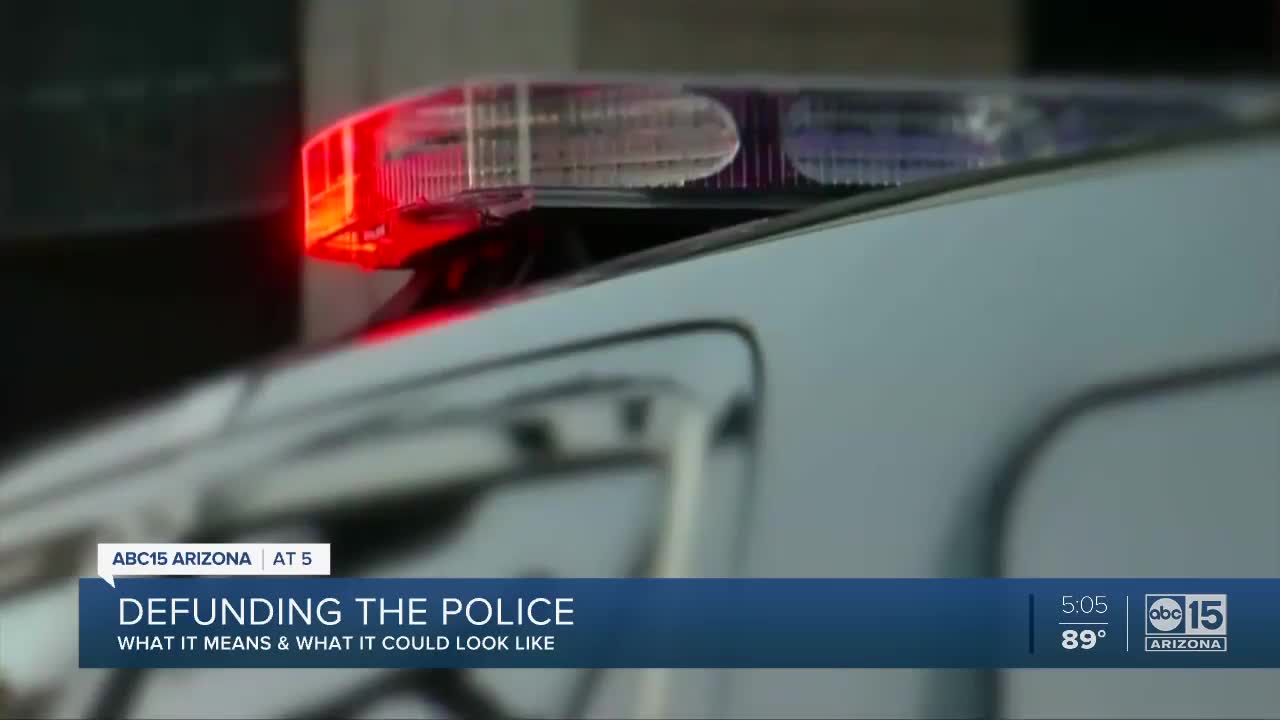 As protests continue across the country, some are calling to "defund the police."

As protests continue across the country, some are calling to "defund the police." In Arizona, there are calls to reduce police budgets and reinvest that money in other community programs.

When the Phoenix City Council approved a $1.4 billion operating budget Monday, it did not include cuts to the Phoenix Police Department but did fully fund a civilian oversight board that will investigate allegations of police brutality and officer involved shootings.

Still, some are hoping to see budgets reduced.

Former Phoenix Police Assistant Chief Kevin Robinson, who is now a lecturer at ASU, says it is possible to reduce a department's budget, but it comes with a tradeoff.

Communities across the country are now grappling with how best to proceed.

On Monday, the Glendale City Council issued the following statement, indicating they do not support defunding their police department.

Glendale’s City Council has dedicated the last eight years to working with our Police Department to ensure the safety of our citizens. While videos like those of George Floyd are shocking to see and cases like his have appropriately led to murder charges, the public needs to remember that NO ONE hates a bad cop more than a good cop.

We are blessed with an outstanding police force in Glendale, Arizona and we are unalterably opposed to any effort to defund our Police Department. Think back to just a few weeks ago with the shooting at Westgate and the speed and efficiency Glendale Police used to stop the gunman. Now imagine how long it would take for help to arrive in their absence.

Keeping our city safe is job #1 and that is why our police and fire enjoy some of the best compensation packages in the state. They also receive quality training and every officer, from the chief to the newest recruit, understands we are all partners in keeping Glendale as safe as possible from those who would do us harm.

We the undersigned continue to support a FULLY FUNDED Police department for as long as we are your community leaders.