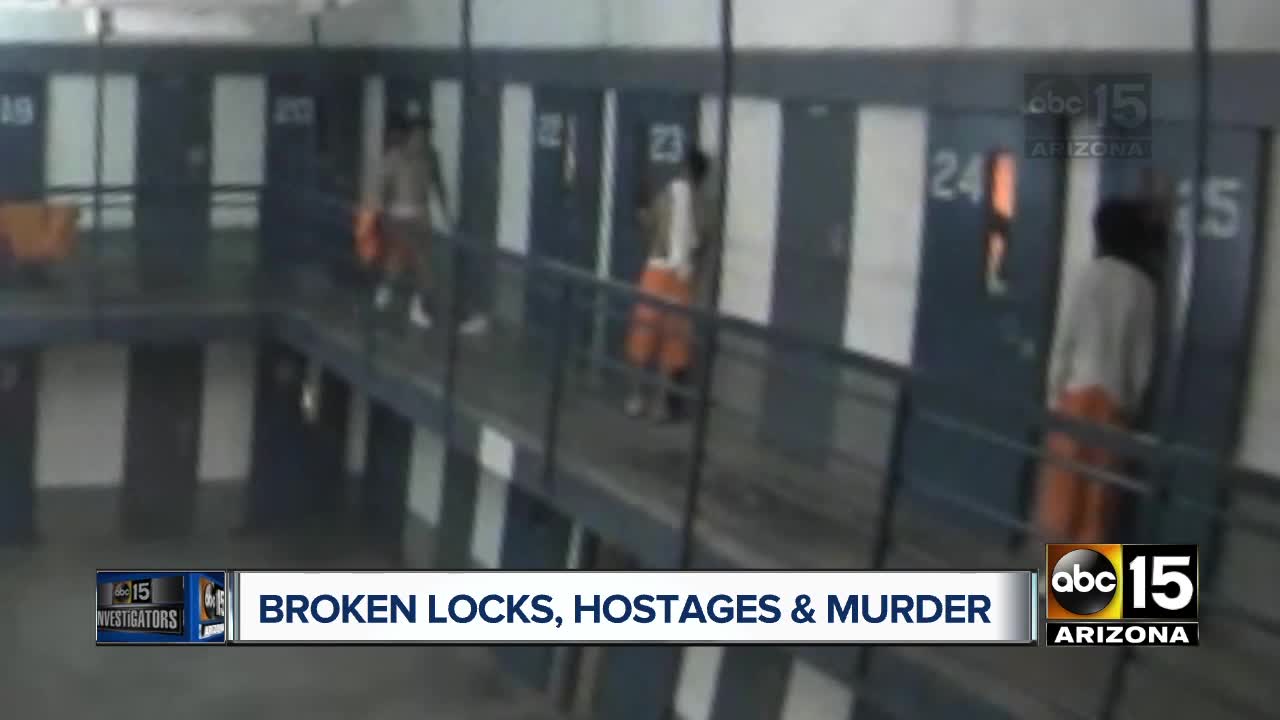 In an exclusive interview, the family of Timothy Monk, the inmate who held a librarian hostage at knife-point in December, claims he carried out the violent attack to be moved to another facility because Lewis Prison was too dangerous. 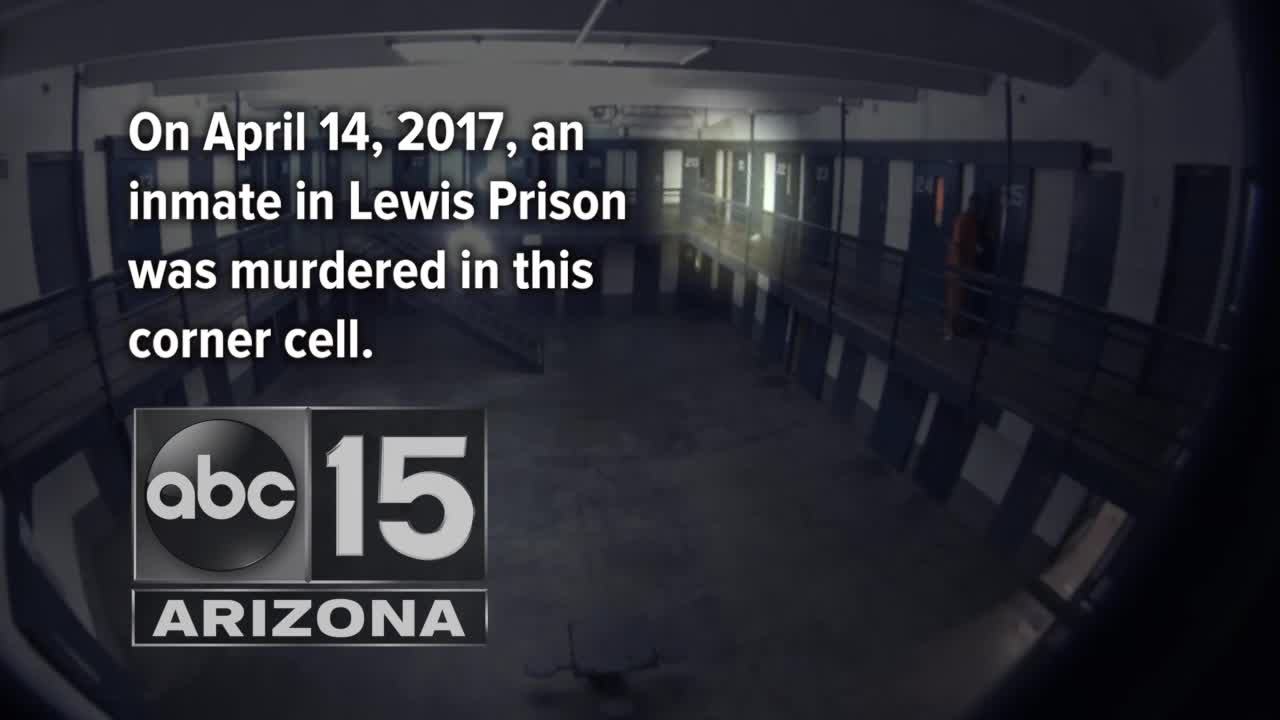 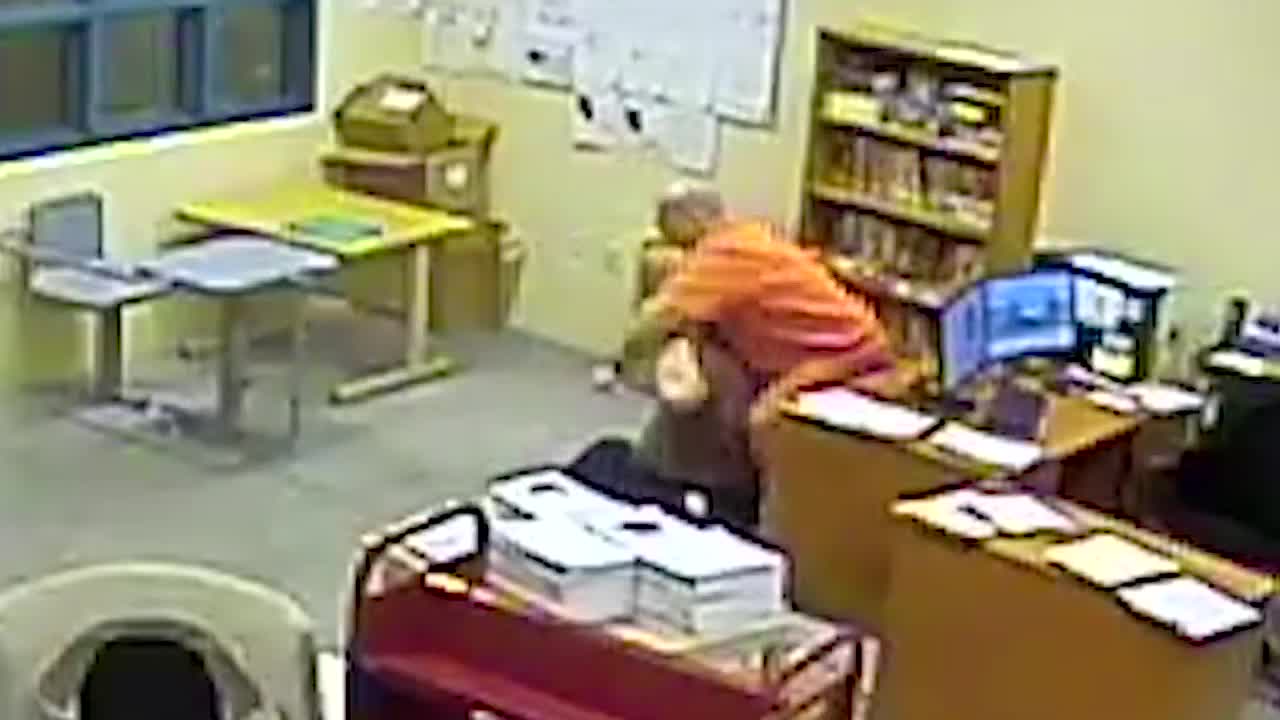 In an exclusive interview, the family of Timothy Monk, the inmate who held a librarian hostage at knife-point in December, claims he carried out the violent attack to be moved to another facility because Lewis Prison was too dangerous.

It’s one of several significant new developments since ABC15 broke its April 25 investigation about broken cell locks inside the prison.

In recent days, journalists have interviewed Monk’s brother, obtained video from a second inmate murder now being blamed on broken locks, and uncovered another significant security risk inside Lewis Prison after an officer was stabbed earlier this week.

On December 26, Timothy Monk pulled a blade from his shoe and held a librarian hostage inside Lewis Prison for more than two hours.

Monk, a maximum-custody inmate in the Rast Unit, was left unsupervised.

“The main reason he did it was because of the doors - the inmates getting out,” Monk’s brother, Stephen, told ABC15. “He was scared for his life, and they were making threats on his life, and one day, he said he couldn’t take it anymore and this is what happened.”

Stephen Monk contacted ABC15 after its investigation aired and said his brother wanted to speak with journalists. But the Arizona Department of Corrections denied a request to interview Monk over the phone, citing its ongoing criminal investigation into the incident.

The interview with his brother is the first time anyone has heard from Monk or family regarding the situation, which made national news.

“I don’t condone what he did,” Stephen Monk said. “It makes really sick to see an innocent person [the librarian] like this, going through what he did in that prison. It should never have happened.”

ADC declined to comment, but multiple sources questioned whether Monk took the librarian hostage because of the doors. Monk was housed in Rast Max, a newer unit where the doors haven’t had significant issues.

But sources also said Monk did claim he was in danger and may have had debts to other inmates.

Officers believe Lewis Prison is the state’s most dangerous. They say many inmates assault officers and other prisoners, or do other extreme things to get moved to another facility.

On the day of the hostage situation, the Arizona Department of Corrections released a statement and a quote from Director Charles Ryan.

“Protecting the safety and welfare of our employees is paramount,” he said.

But in the days and months surrounding the hostage situation, correctional officers in Lewis Prison were being routinely attacked by inmates in units where broken cell doors wouldn’t properly lock.

ABC15 obtained surveillance video from an incident just four days after the hostage situation that shows two officers being ambushed by more than a dozen inmates.

The broken doors are a critical safety issue that’s been neglected for years, leading to the serious assaults and hospitalizations of many officers.

One of the surveillance videos obtained by ABC15 shows how the broken doors led to the serious assault and eventual death of inmate Andrew McCormick on June 6, 2018.

For more than 35 minutes, at least six free-roaming, high-risk inmates repeatedly entered and exited McCormick’s corner cell without restriction and without officers knowing what was happening.

Watch a timelapse of the incident below.

“It makes me sick to my stomach,” Holly, McCormick’s sister, told ABC15 in a televised interview. “How many other people have to get hurt or die?”

After seeing news of what happened to McCormick, another inmate’s family has come forward with video of a 2017 murder inside Lewis Prison.

The family and their attorney believe inmates were able to open Miguel Camacho’s cell door and beat him to death because the locks didn’t properly secure.

Camacho was killed on April 14, 2017 by two inmates inside his pod at the prison’s Morey Unit.

The video shows multiple inmates going in and out of their cells. At one point, two inmates walk toward Camacho’s corner cell, take off their shirts, and then slide his door open.

Watch the surveillance video of the incident below.

During that time, Camacho was brutally beaten. After the assault, the two inmates leave the cell, slide the door closed, and then go and get towels to clean the blood off of their legs and shoes.

They then walk into their own cell and shut the door.

Camacho suffered severe injuries to his face and head. He died on the cell floor as medical staff tried to resuscitate him.

In an email, an ADC spokesman wrote, "It is not appropriate for the department to comment on matters involving pending litigation."

Since ABC15’s investigation aired two weeks ago, journalists have heard from a handful of families who wonder if broken cell doors also played a role in other inmates’ assaults or deaths.

One of those family members was Danielle Jensen.

She decided to march with the ACLU last week to the governor’s office to demand accountability and for Charles Ryan to be fired.

“In that story by ABC15, it described locks not working and because of that Andrew McCormick died. My heart breaks for his family because my family knows that loss. A year before, my brother was brutally assaulted,” Jensen said.

“The current culture in our prison system, it feeds chaos and violence,” she said.

On May 8, inmate Leonard Bacon, a convicted murderer, stabbed an officer in the chest with an 8-inch piece of metal, according to sources and department information.

The attack happened after Bacon complained about dizziness and was being escorted to the see medical staff. He was housed in the Buckley Unit, a level-four yard for high-risk but not maximum-security inmates.

Sources said he never should have been there.

Three weeks earlier, on April 15, Bacon was found with another weapon, a violation that should have put him in level-five status, or maximum custody.

But Bacon was in the less secure Buckley Unit on what’s called a “custody-level override.” An override is what it sounds like: Overriding an inmate’s custody level to place them in a lower- or higher-level security unit.

In an email on the day of the stabbing, a department spokesman said investigators will be looking into details about Bacon’s custody level.

The department confirmed, there are 1,221 overrides in Lewis Prison and more than 3,000 statewide.

As of a few weeks ago, about 35 to 40 percent of the 800 inmates in the Morey Unit, a level-four area, were actually level-five inmates, sources said.

The Morey Unit has earned the nickname “Murder Morey” around the prison system for its dangerous inmates, broken doors, and routine violence.

Sources said these overrides are a massive security problem – as significant as broken doors -- in Lewis Prison.

In a statement Friday, ADC addressed the overrides, saying:

Overrides are a normal and necessary part of classification systems and are used in many correctional systems. The core function of a custody decision is to place an inmate in the lowest appropriate custody level, in the best interest of staff and public safety, and housing availability based on an inmate's individual needs. Department policy requires that overrides are reviewed every six months to evaluate whether it is still appropriate for the inmate. Through programming, treatment, and incentives, the goal is to allow inmates to gradually decrease in custody to encourage pro-social behavior and, in most cases, prepare for successful reentry.