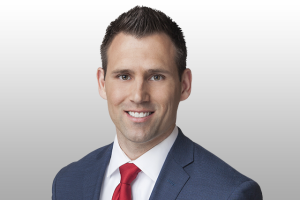 ABC15 Investigator Dave Biscobing is one of Arizona’s top reporters whose stories have made a lasting impact in the community.

His investigations have changed state laws, put criminals in prison, and removed top officials from office.

Dave’s investigative reporting is consistently recognized as some of the best in the country. In recent years, his stories have won a national Emmy Award, a Scripps Howard Award, an IRE Award, and nearly two dozen other regional and local honors.

Before becoming an investigative reporter, Dave was hired as the station’s first multimedia journalist. But he didn’t start his career in TV news.

Prior to ABC15, Dave began his career as a print reporter the East Valley Tribune, where he covered public safety and local government.

Even though he considers the Valley his home, Dave grew up in Milwaukee, WI. He decided to leave the cold and snow to study at Arizona State University.

Outside of ABC15, Dave is bossed around by his wonderful wife and daughter.

He also likes golfing, playing basketball, and cheering for the Wisconsin Badgers.

You can keep up with Dave’s latest reports at abc15.com/investigators .