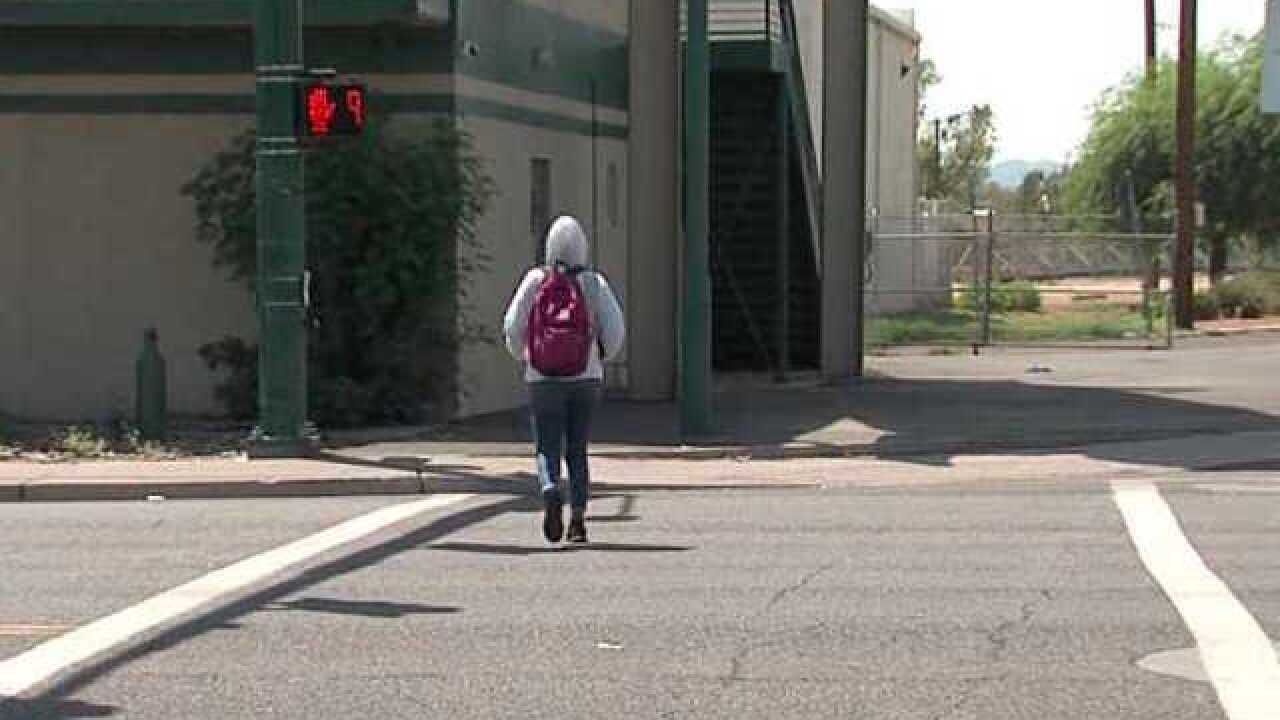 A newly-released report puts Arizona near the top of the list for pedestrian fatality rates.

On Tuesday, the National Transportation Safety Board released the "Pedestrian Safety Special Investigative Report" which outlined trends in pedestrian crash/fatality data from 2007 to 2016.

In the report is analysis of pedestrian fatality rates in all 50 states in 2016. When comparing those rates, Arizona ranked fifth in the nation for pedestrian deaths per 100,000 residents, at a rate of 2.75.

New Mexico had the highest pedestrian fatality rate at 3.50.

Take a look at the top five states for pedestrian fatality rates in the nation, according to data analysis from the NTSB:

The report makes almost a dozen different recommendations to the Federal Highway Administration and the Centers for Disease Control and Prevention for enhanced safety features to vehicles and roads.

In June, the Governors Highway Safety Association released a report that ranked Arizona number one for pedestrian fatalities per 100,000 residents, utilizing preliminary data from 2017.

Data obtained from the Arizona Department of Transportation almost 200 pedestrian deaths in the state in 2016.

Earlier this week, an ABC15 Operation Safe Roads report detailed multiple pedestrian fatalities in the Valley in previous days, marking a troubling trend that appears to be on the rise.

The full report will be released in the coming weeks. To see the abstract, click here.

Take a look at the interactive NTSB report below.