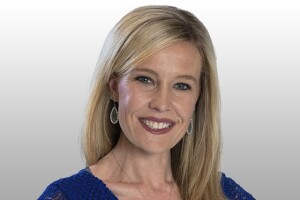 Nicole Grigg, a native to Phoenix, joined the ABC15 team in January 2020 as a multimedia journalist.

Nicole has been recognized for breaking news coverage during her journalism career, which has taken her to Montana, Ohio, and, most recently, ABC15's sister station in Tampa, Florida.

Nicole grew up in the west Valley where she attended Deer Valley High School, and went on to earn a bachelor's degree in broadcast journalism from the Walter Cronkite School of Journalism and Mass Communication at Arizona State University.

Nicole started her career as a multimedia journalist in Billings, Montana where she was able to travel with the Montana National Guard to Ft. Bliss, Texas before their deployment overseas. Her career then took her to Dayton, Ohio as a crime reporter, before eventually moving to Florida, where she spent four years covering hurricanes along the coast.

Nicole is a strong advocate for journalism, in finding the truth and reporting the facts.

She is a mother of three young children and loves to share photos and stories of them every chance she can. Nicole believes in family, finding quality time with them, and is proud to call Arizona home.