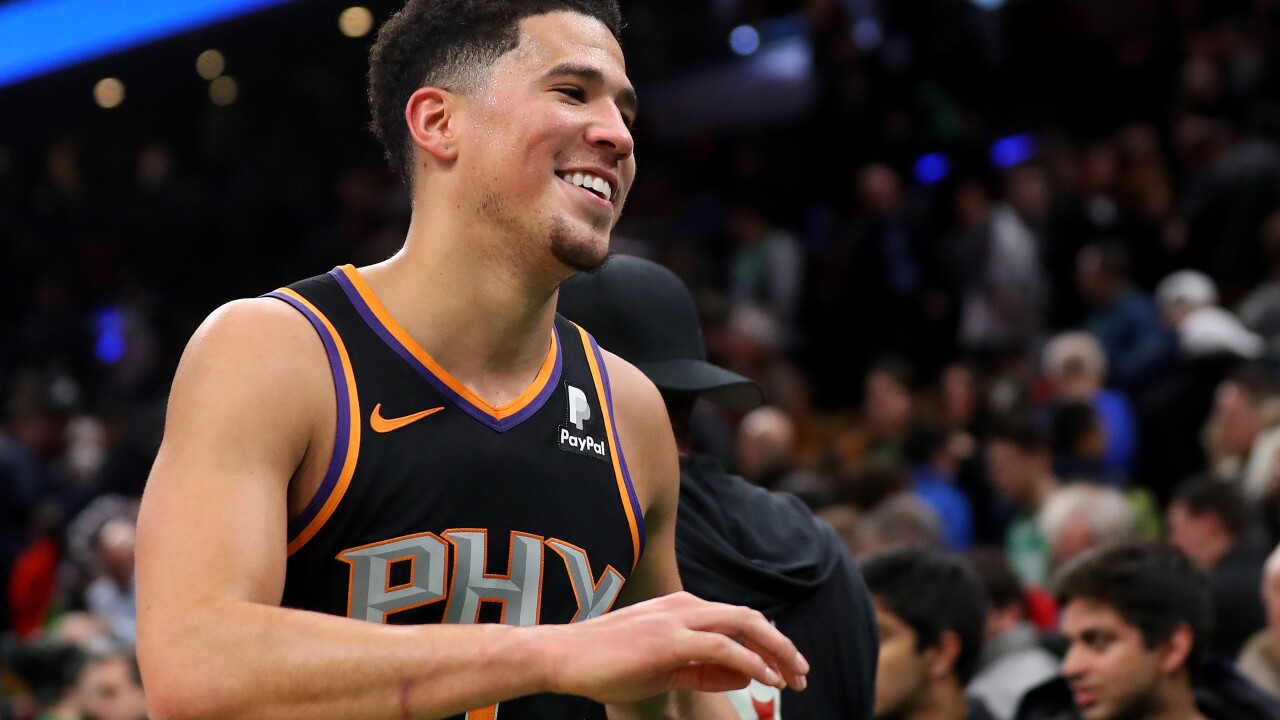 Maddie Meyer/Getty Images
BOSTON, MASSACHUSETTS - DECEMBER 19: Devin Booker #1 of the Phoenix Suns celebrates after the game against the Boston Celtics at TD Garden on December 19, 2018 in Boston, Massachusetts. The Suns defeat the Celtics 11-103. NOTE TO USER: User expressly acknowledges and agrees that, by downloading and or using this photograph, User is consenting to the terms and conditions of the Getty Images License Agreement. (Photo by Maddie Meyer/Getty Images)

PHOENIX — Devin Booker appears to have kept himself in regular season form during the offseason.

Several videos of the Phoenix Suns star posted on Twitter recently show him dominating pickup games, which appear to include other NBA players including Ben Simmons.

Booker at one point was even told to “chill out” during the game after hitting a step-back shot over his defender.

“I’m just working, bro,” Booker responded. “I aint been to the playoffs yet.”

Booker seems motivated to improve the Suns’ 19-63 record from last season, their worst record since 1969.

The opposing team even started double-teaming Booker because he was dominating the game, something which upset the Suns guard.

“Hey bro we not doubling in open gym. I get that s--t all season. Come on man. Let’s work on our game.” - Devin Booker at an open run. 🗣🗣🗣 (via @swishcultures_) pic.twitter.com/8hgKFLo4ak

“Hey bro we not doubling in open gym. I get that s**t all season. Come on man. Let’s work on our game.”

Booker led the Suns last season with 26.6 points per game and appears to be set on improving that number headed into this season.

With the addition of Ricky Rubio and growth of Deandre Ayton headed into his second year, it’ll (hopefully) be harder for opposing teams to double-team Booker this upcoming season.