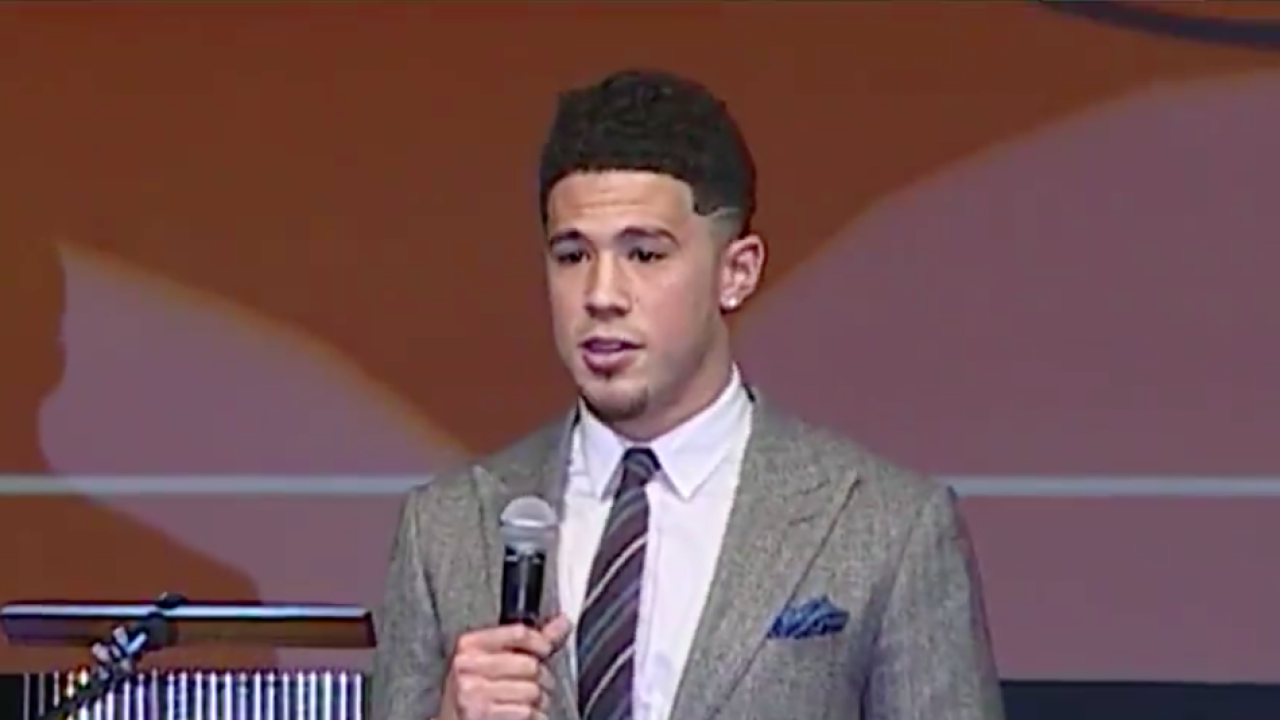 Phoenix Suns guard Devin Booker announced Friday that he will donate a total of $2.5 million to Suns Charities over the next five years.

"The game has done so much for me. It's changed my life in so many ways that I couldn't even fathom, but I think the most important thing it did to me is teach me values in my life," Booker said. "And as a leader, I feel like it's my duty and responsibility to give back to the community that we represent.

"A lot of people look at basketball as just a bunch of guys that make a lot of money out there on the court. It's not that. It's a lot bigger than that for us. So, I've been inspired by our owner Robert (Sarver), and I've seen how serious the Phoenix Suns organization takes their relationship with our community partners."

My favorite accomplishment of my career thus far!! Blessed to be in the position to be able to give back and make an impact here on the community in Phoenix!🙏🏽 https://t.co/OLm55cmISJ

Booker said he will donate $500,000 per year for each of the next five years to various charities. Each year, he will connect with Suns Charities Board of Directors to pick what he calls the Starting Five in order to determine how to allocate those funds.

"We're going to find five deserving non-profit organizations, give them $100,000 each to help them continue doing what they're doing in Arizona to help the kids and the families that are in need," Booker said.

In his fourth NBA season, Booker is the Suns' leading scorer this season, averaging 24.8 points per game and a career-high 6.9 assists. In July, he signed a 5-year, $158 million contract extension with the Suns, the most lucrative in the history of the franchise.