What does the Board of Regents meeting mean for Sean Miller, UA basketball? 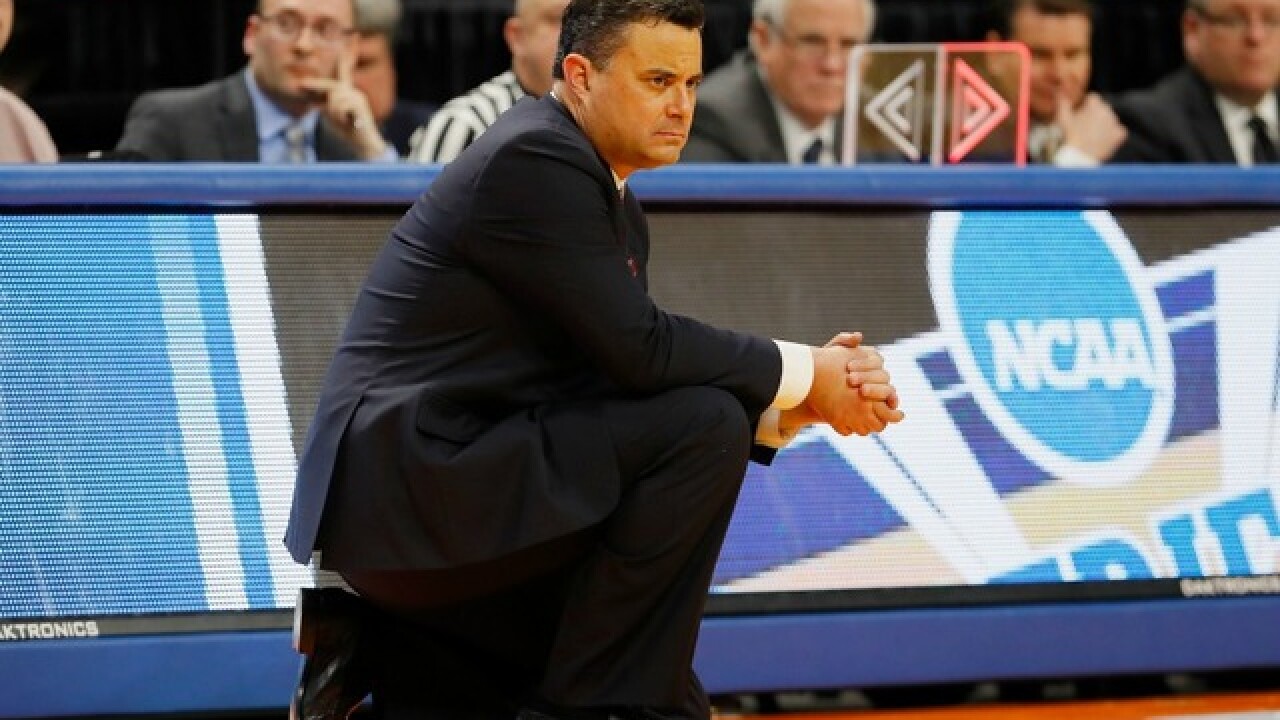 When the Arizona Board of Regents met in March to discuss an alarming ESPN report about Arizona Wildcats men's basketball coach Sean Miller, the regents seemed to come away confident that Miller was not guilty of any wrongdoing.

That same positivity appeared to be missing following Thursday's closed-door meeting in Phoenix, when regents met once again to discuss the future of UA hoops following the conclusion of a trial centered on corruption in the sport.

"It’s a little bit different than the last time," Bruce Pascoe, UA basketball beat writer for the Arizona Daily Star in Tucson, told ABC15. "I think I took away that they are kind of aggressively looking at this. They’re quite serious about it."

Days later, Miller made a statement calling the report false and defamatory, and he received the backing of UA president Robert Robbins and athletic director Dave Heeke. In April, Miller's contract was amended so that he would forfeit $1 million if he is criminally charged for a crime related to his employment or is found guilty of committing a Level 1 NCAA violation.

"I think it’s a really positive move by all. I commend Sean for his desire to go this direction, as well," Heeke said in April about the amended contract.

But last week, three men were convicted of fraud for channeling secret payments to the families of top recruits. During that trial, UA was accused by multiple witnesses of offering (or preparing to offer) money for various recruits. Joe Pasternack, another former Miller assistant, was mentioned by one recruit's father.

In addition, Schlabach reported last week that court documents showed Miller made or received calls from sports agent Christian Dawkins, one of the middlemen at the center of the FBI investigation.

The Board of Regents met Thursday to digest all of these things in a closed-door conference that included Robbins and Heeke.

"I have no idea what the future will bring, but most important, we are committed to running a program with the highest integrity, that follows not only the letter of the law, but also the spirit of the law," regents chairman Ron Shoopman told Pascoe after the meeting. "As a board, we are concerned with running a high-integrity program and we will take action on fact, not just because somebody said something. This is a national situation, and we're working through it together."

So, while Miller's job isn't necessarily in jeopardy, it certainly sounds like the Board is on an ongoing fact-finding mission.

"He’s (still) the coach at Arizona and there’s nothing out there that directly implicated him, and if that was the case, certainly it would be a different situation," Pascoe said. "But they are routinely monitoring this and they’re saying they’re going to aggressively look at it."

Evan Daniels, a college basketball insider for FOX Sports 1 and 247 Sports, was among media members to question the validity of Schlabach's initial report in February. For now, Daniels is confident Miller will keep his job in Tucson.

"I think it's the same situation as before the trial," Daniels told ABC15. "The truth is a lot of those (allegations) were claims. There's not proof of any of that happening. Without that proof, I don't see how anything would change in terms of his job status."

Pascoe agrees that nothing that came out during the trial was damning to Miller, but that doesn't necessarily mean he's in the clear.

"Somebody testifies, somebody’s dad told him something, an agent told him something -- it’s a lot of dots that need to be connected, and it sounds to me behind the doors that they’re sorting through it, as well," Pascoe said.

"They want a program that follows the spirit of the law as well as the letter of the law, so you can read into that as you’d like. They’re watching him very closely at this point, and that’s probably the best way to say it."

If Miller's job is in jeopardy, it hasn't been reflected on the recruiting trail in recent months. Miller's 2018 class was underwhelming thanks in part to decommitments following the FBI investigation, but Miller has already lined up one of the nation's top classes for 2019. That includes Phoenix Pinnacle High School star Nico Mannion, generally regarded as the best point guard in his class.

"I'm sure (the investigation is) something they've had to address with recruits, but they've still managed to have some really good success from a recruiting standpoint," Daniels said. "I think once Arizona got behind Sean Miller at the end of last season, they really just worked to compile players for this coming season, which they did."

"His dad actually played college basketball, was a star at Utah, played in the NBA, played in Europe, knows what’s going on. He says he talked to them up and down and he feels good about it," Pascoe said. "I think that kind of rubbed off on everybody, and they’ve gotten a couple of really good players since then.

"(Recruits) almost routinely say the same thing. They were satisfied with the answers they got from Arizona, they feel confident about it."

The renewed recruiting success, however, doesn't make it a slam dunk that Miller is in the clear, or that Arizona won't eventually face NCAA sanctions related to the FBI investigation.

"The recruits know that if anything happens, it’s probably (going to happen) down the line, and if anything happens this year, they can always get out of their letter of intent. They’re pretty easy to get out of now," Pascoe said. "The other thing is I think some recruits are thinking pretty short-term. A lot of them recruited by Arizona are not thinking they’re going to be in college more than a year or two anyway, so I just don’t think they’re that worried about it."

While the Board continues to sift through the information at their disposal, Pascoe doesn't expect to hear anything further from UA on the matter in the near future. On Friday, UA denied a Heeke interview request.

"I expect silence (from the university), because that’s the way they’ve been throughout this," he said. "Until there’s something to be said one way or another — either there’s a change or there’s 100 percent certainty that they’re staying (with Miller), I don’t think they’ll say anything."

For now, all Arizona fans, as well as Miller himself, can do is wait -- something they've gotten good at in the last year -- and see whether the Board of Regents decide to continue to back Miller, or recommend his dismissal.

"Basically they’ve just made it clear that this is an ongoing thing, and this is not over," Pascoe said. "They’re not necessarily done with this, but there are no moves to be made right now. It’s an ongoing eyeball into this program."