Warriors or Cavaliers? Predictions for the 2018 NBA Finals 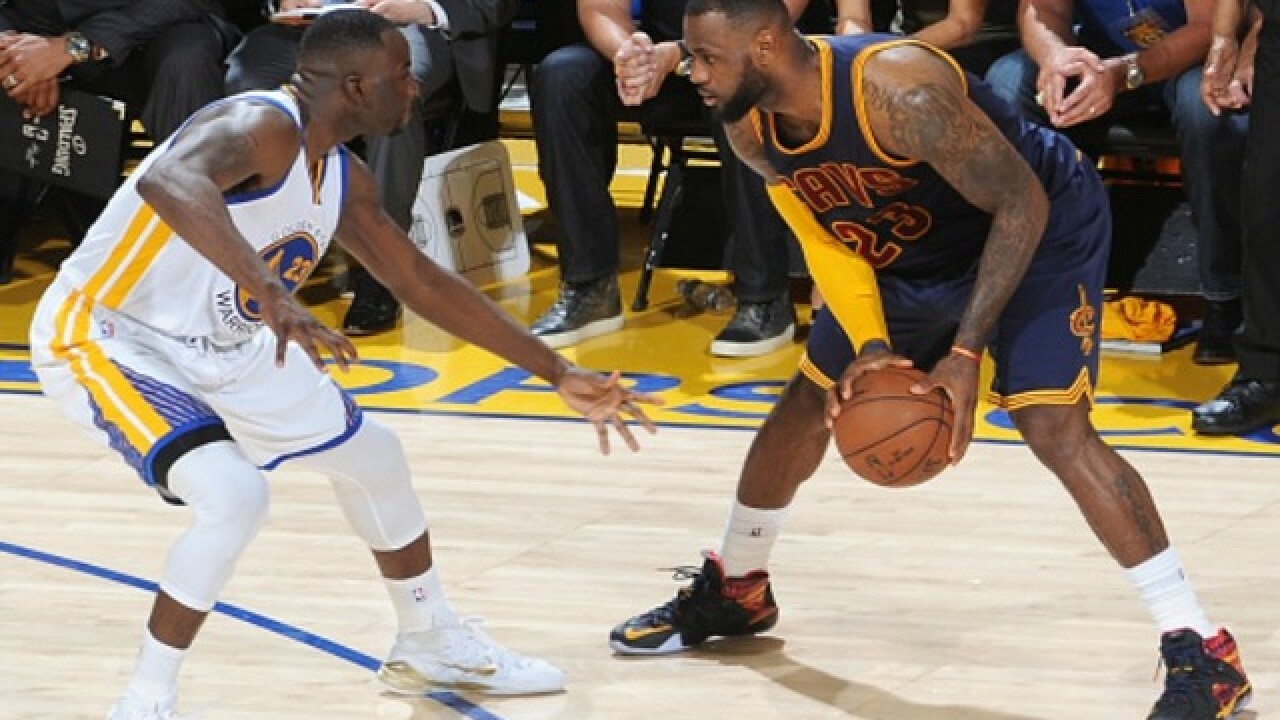 For the first time in NBA history, the same two teams will face off for the NBA championship for the fourth consecutive season -- and for the second straight year, LeBron James and the Cavs enter as heavy underdogs.

The Warriors easily dispatched of the Cavaliers in five games last season. Will history repeat itself, or will LeBron and the Cavs pull off a monumental upset over Steph Curry, Kevin Durant and Golden State in their best-of-seven series? Here are a pair of predictions for the 2018 NBA Finals, on ABC15.

Let’s be honest: If anyone would have said the same two teams will be in the finals in any sport for four straight years, I think we’d all hem and haw, and then say, "Nah, that ain’t going to happen."

Well, it’s happened! And sadly, it’s the most lopsided finals in history. The Warriors are favored by 12 points in Game 1, and honestly, I don’t see this series going past five games. The Warriors are just that good, and the Cavs struggled to get by a Celtics team that was missing its two best players. Warriors in five games

The problem with so-called conventional wisdom is that it often turns out to be wrong. The undefeated Patriots beating the Giants in the Super Bowl, the Soviets beating Team USA at the 1980 Olympics, Hillary Clinton beating Donald Trump — these were all foregone conclusions, until they turned out not to be.

It’s for that reason that I can’t simply write off the Cavaliers before this series begins. But am I brave enough to pick them? No. Not even close.

The Warriors made short work of the Cavs last season, and this year’s Cleveland team isn’t as good as last year's squad. Unless LeBron can clone himself a couple times between now and tip-off, Golden State should cruise to another title. I hope I’m wrong, because that would be more fun. Warriors in four games