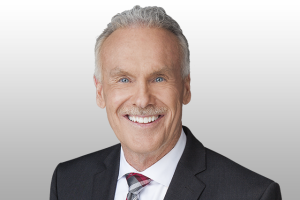 Craig Fouhy is sports director and sports anchor at ABC15.

Craig gives Valley viewers his unique coach’s perspective on the world of sports. Known for his honesty, Fouhy isn’t afraid to share his opinion during his popular “Fouhy on Sports” and “In The Ring” segments.

He also hosts a radio show “Fouhy on the Fanatic” weekdays from 9 a.m. to 10 a.m. on 1580am The Fanatic and 99.3FM. Craig graduated from Pacific Lutheran University in Tacoma, Washington majoring in education, with minors in political science, history and coaching.

He spent 18 years coaching college and high school football, both as a head coach and assistant coach. He was the running backs coach at the University of Montana and the head coach at North Park College in Chicago. Some of Craig’s best football memories are when he took over at North Park College in the mid-80s as the head football coach and ran the “spread, no huddle offense”.

Considering that is now one of the hottest offenses in high school and college football, it says something about his innovation as a football coach.

He joined ABC15 back in 1998, and during his tenure, he has served as a morning news anchor, co-host of our popular morning show Sonoran Living, host of our Sunday Night sports show “Sports Sunday”, our Cardinals show, “Monday Night Live”, and he has hosted DIY segments for our parent company, E.W. Scripps.

In addition to television and coaching, Craig has also been a play-by-play announcer and color commentator for college football television and radio, as well as a public-address announcer for several professional, college and high school sports teams across the country.

When he’s not working, Craig loves to spend time with his family. He and his wife Kimb live in the East Valley and enjoy getting involved with the community.Contact Craig on Facebook, Twitter or via email at cfouhy@abc15.com.