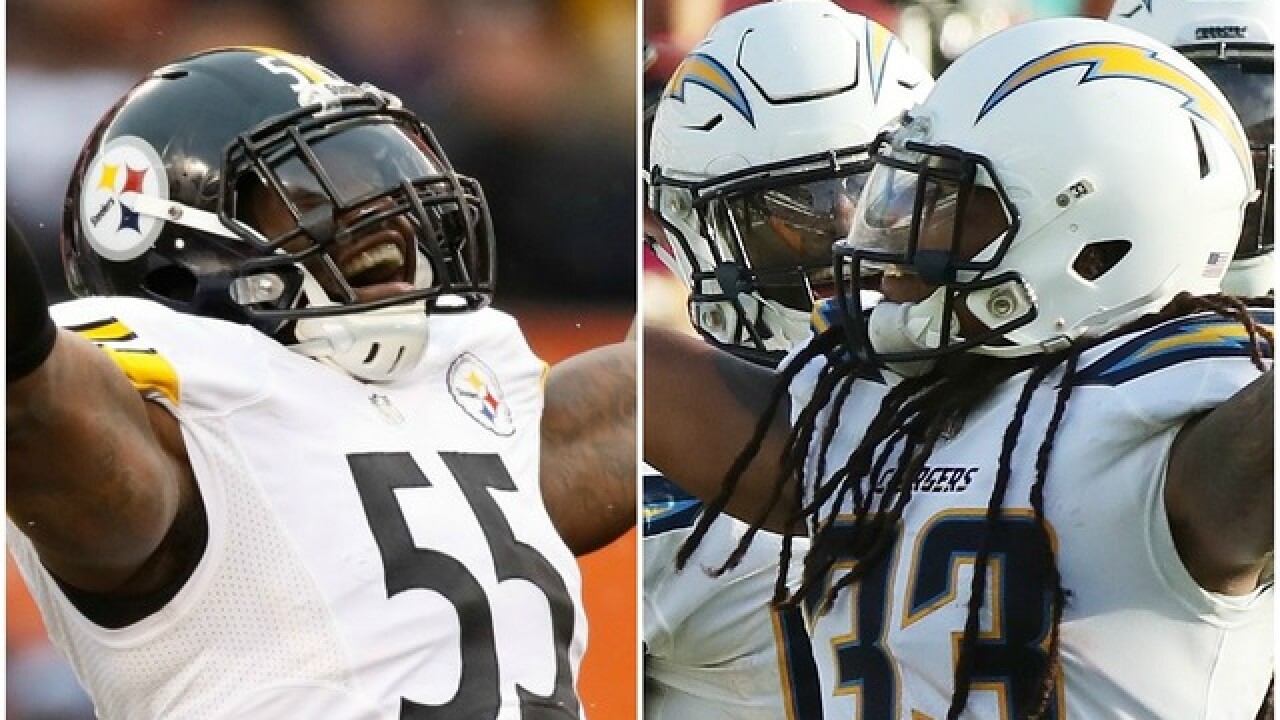 The 26-year-old Boston was a fourth-round pick by the Carolina Panthers in the 2014 NFL Draft. New Cardinals head coach Steve Wilks served as the Panthers' defensive backs coach while Boston played in Carolina from 2014-16.

Boston has played in 58 games (31 starts) during his four-year NFL career. He started a career-high 15 games and recorded five interceptions and 79 total tackles for the Los Angeles Chargers last season.

The 30-year-old Moats was a sixth-round pick by the Buffalo Bills in the 2010 NFL Draft. He has played in 121 NFL games (45 starts) and has recorded 228 total tackles and 16.5 sacks during his eight-year career with the Bills and Pittsburgh Steelers. He recorded five tackles in 14 games for the Steelers last season.

The Cardinals' first practice of their 2018 training camp schedule will take place Saturday at University of Phoenix Stadium in Glendale.