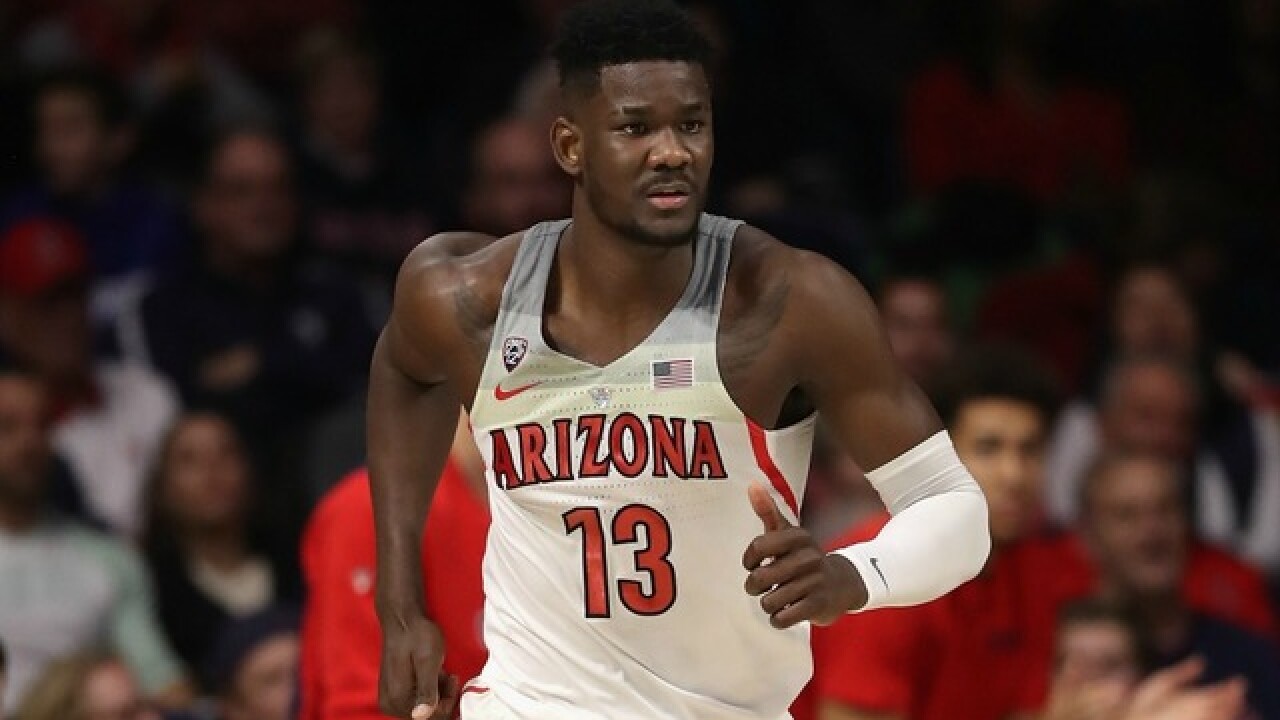 Copyright 2018 Scripps Media, Inc. All rights reserved. This material may not be published, broadcast, rewritten, or redistributed.
Christian Petersen
<p>Deandre Ayton #13 of the Arizona Wildcats during the second half of the college basketball game against the Connecticut Huskies at McKale Center on December 21, 2017 in Tucson, Arizona. (Getty Images)</p>

The family of star Arizona Wildcats freshman Deandre Ayton says it is "outraged and disgusted" by an ESPN report implying Ayton received $100,000 in exchange to committing to UA.

On Saturday, Schlabach posted a statement from Ayton's attorney, who said Ayton's family is "outraged and disgusted by the recent reported news stories which have falsely implied" Ayton and his family "have any involvement in illegal or prohibited activities regarding his decision to matriculate at the University of Arizona."

RELATED: Shaq's son decommits from UA in light of report

According to the statement, Ayton fold the FBI over six months ago that he never discussed payment with UA or any other university, and his decision to play at UA "was based on his family ties to Phoenix, and his knowledge of and familiarity with the basketball program." Ayton played high school basketball at Hillcrest Prep Academy in Phoenix from 2015-17.

Arizona freshman DeAndre Ayton was questioned by FBI about alleged pay-for-play scheme and denied knowledge; his attorney asks for FBI and NCAA to clear his name pic.twitter.com/9cBJzPZQm8

Ayton, a 7-foot-1 native of the Bahamas, has led the Pac-12 in a number of categories this season, including points and rebounds. He is projected by most experts to be the No. 1 or 2 pick in the 2018 NBA Draft.

In a statement Saturday,  UA said Ayton will play in the Wildcats' game at Oregon on Saturday night, but Miller will not coach the game. In a separate statement, Miller said he's "confident" he will be "vindicated" of any wrongdoing.