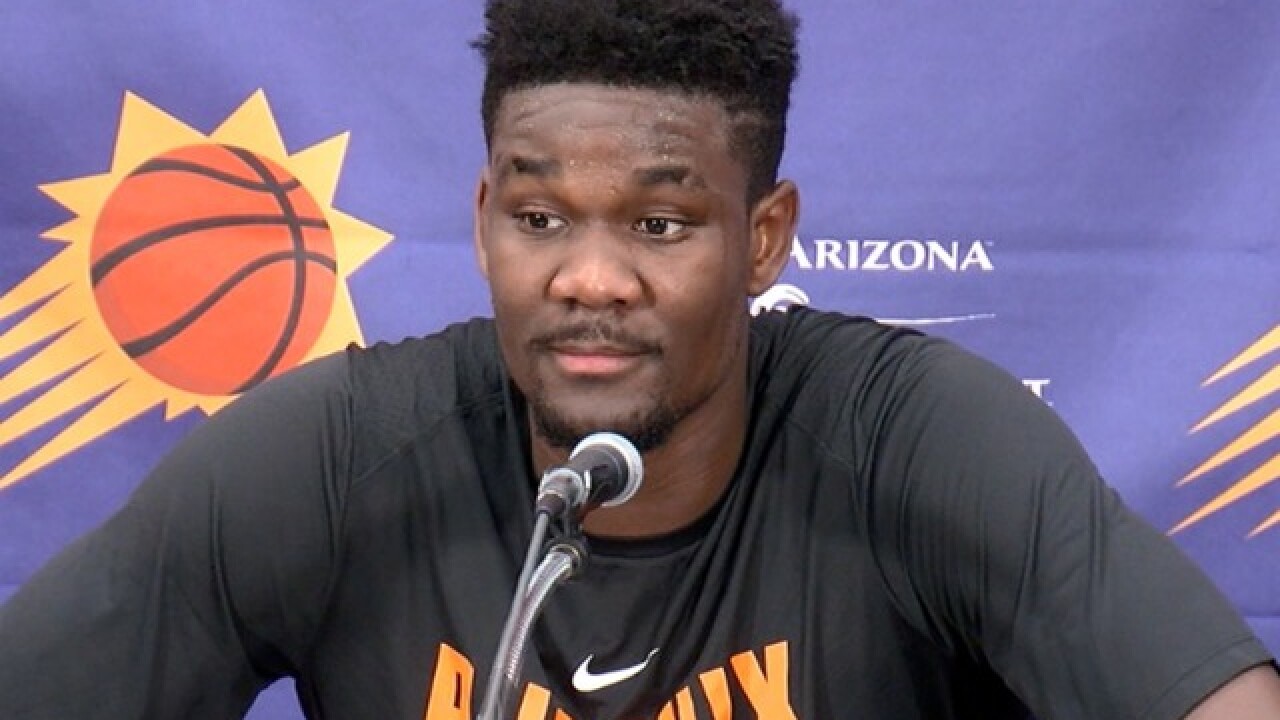 The Phoenix Suns tip-off summer league play Friday in Las Vegas, with number one pick Deandre Ayton the talk of the town.

The Suns first game against the Dallas Mavericks will begin at 6:30 p.m. Friday and will be shown on ESPN.

No. 1 pick Deandre Ayton is set to make his Suns debut in the game, though it's almost certain that Mavericks rookie Luka Doncic -- the No. 3 pick and whose European pro season ended just days before the draft -- will not play in his team's summer opener.

Ayton will likely see a few NBA stars while in Vegas. He's already been blown away by a WNBA star -- Phoenix's Diana Taurasi.

When he met her, with Taurasi walking over to greet him as he went through a weight-room session, even the NBA's No. 1 pick was star struck.

"She is the Michael Jordan of the WNBA," Ayton said.

Doncic still hasn't gotten the clearance to sign his contract and hasn't participated in a live practice with Dallas' summer club yet.

"We're getting close to getting those things done, but we're not there yet," Mavericks coach Rick Carlisle said. "But he will be in Vegas. He is going to continue to ramp up his workload."

The Suns have also been in the headlines recently for their contract extension talks with guard Devin Booker and signing of forward Trevor Ariza.

The Suns are expected to sign Booker as soon as this weekend to a five year, $158 million extension.

The Suns Summer League continues with their second game Saturday at 4:30 p.m. against Sacramento on ESPN in Las Vegas. Valley native Marvin Bagley is expected to play for the Kings, drafted with the number two pick just after Ayton.

Before the NBA Draft Bagley said he would always have a chip on his shoulder if the Suns passed on him with the number one pick in the draft.

Bagley averaged 9 points and 5 rebounds in three games during the Sacramento Summer League before heading to Las Vegas.

The Suns also play Sunday against Orlando at 6:30 p.m. on NBA TV. They're guaranteed two additional games during tournament play, but they have not been scheduled yet.