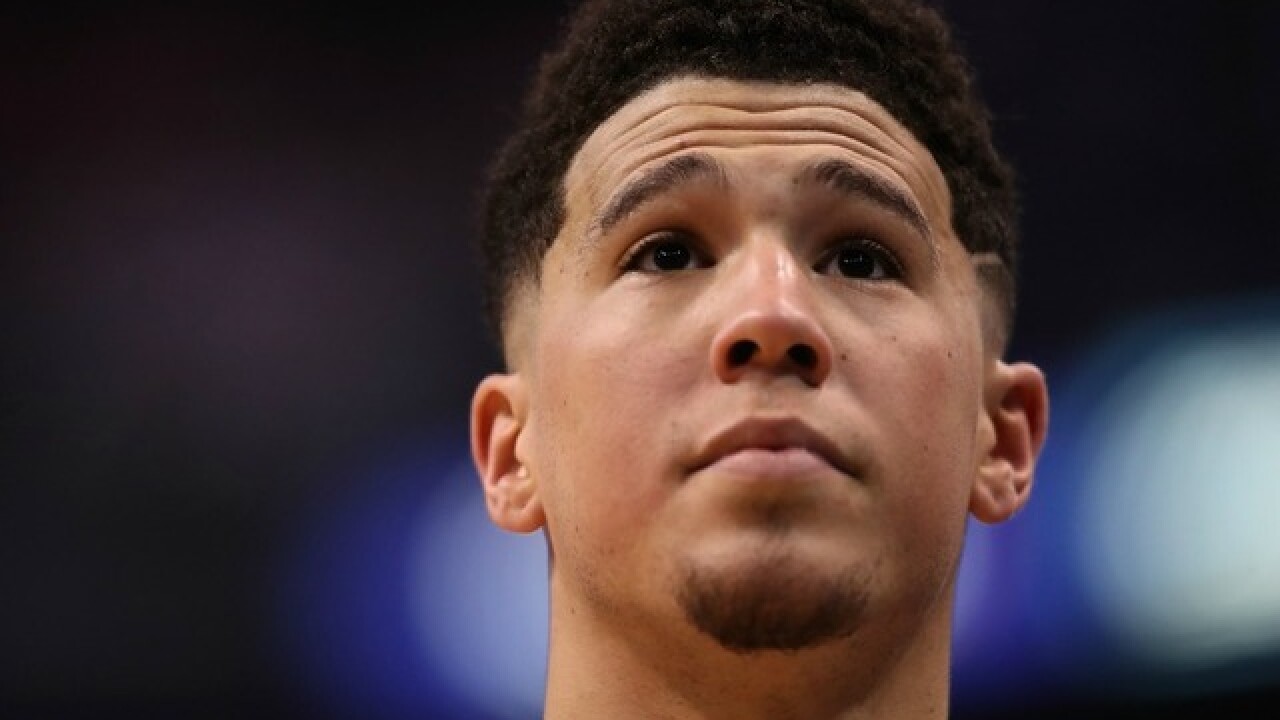 The Phoenix Suns and star guard Devin Booker could come to an agreement on a lucrative contract extension as soon as this weekend, ESPN's Adrian Wojnarowski reported Tuesday.

Booker reportedly met with Suns owner Robert Sarver and general manager Ryan McDonough in Los Angeles on Tuesday to discuss the details of a maximum contract extension that Wojnarowski reports would be for five years and $158 million. Booker is entering the fourth year of his current rookie contract with the Suns and is set to make $3.3 million next season.

A report Sunday said Booker was upset with the team after the release of best friend and former college teammate Tyler Ulis.